LIVING IN LAFAYETTE: The Payne of budgeting as a student 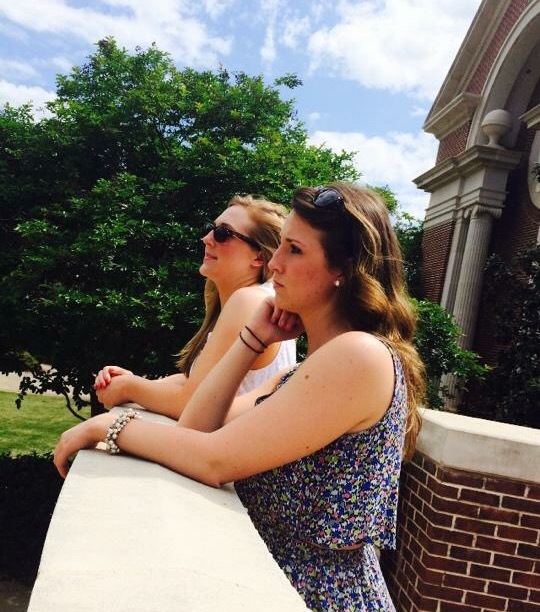 Lauren Payne, right, overlooks the University of Mississippi campus with her sister Michelle.

Lauren Payne is proud of many characteristics she’s developed while at Ole Miss, but her favorite and most useful is her ability to budget.

The education major from Alpharetta, Georgia, said she began budgeting when her parents required her to do it as an underclassman.

“It all kind of started with freshman year,” she said. “It’s so easy to get caught up in the restaurants, and even the bars as well, that you’ll go to a couple, and if you don’t watch it, you’ll end up spending way more than you should. That’s exactly what happened to me.”

Payne went to her favorite restaurants in Oxford relentlessly, such as Newk’s and South Depot.

“My parents just got to the point where they said, ‘This would work best for the both of us,’ and I just accepted it,” she laughed.

Payne had to get in the habit of making subtle changes to her daily life, requiring her to eat more meals at her sorority house as time progressed.

“What helped most was getting out of the dorms, because once I could go to the grocery store and actually cook my own food, the process wasn’t all that bad. I honestly feel like I’ve grown from it,” she said.

A lot changed when Payne was given senior status in her sorority, which required her to attend less events, as well as pay a smaller amount of dues during the two semesters.

“I decided on this, and my parents thought it was a really good move or me,” said Payne. “It even gave me a healthier lifestyle.”

Payne said her focus went from more processed foods to fruits and vegetables, as well as yogurt and healthy meal choices, which was worth the higher expense.

“At first, I hated spending the extra few dollars, but I know I’m physically in the best shape that I’ve been in since I got here as a freshman,” she said. “So, that’s an expense I can face any day.”

Sarah Stevens, who lived with Payne for two years, said Payne’s conservative spending was, in some way, “contagious.”

“She would come home with this fun mind-set we all just loved and needed. Coupons, codes, you name it — Lauren has an eye for those things,” said Stevens, a senior accounting major from Marietta, Georgia.

It hasn’t always been fun though.

“Of course there are times when I hate it, but honestly, I’m so grateful,” she said. “I think this is one thing I’m going to carry into the real world with me.”

Payne plans to stay at Ole Miss for a fifth year to finish up classes for her education major, while looking for ways to tweak her budget.

“Going home for the summer is always easier because I make my own money,” Payne said. “But, I’ve learned to apply my budgeting strategies even when I’m there.”

Hayden Edwards, who lived with Payne, said she is grateful for Payne’s positive, upbeat attitude.

“I don’t think she understands how it affects the ones she lives and has lived with,” she said.