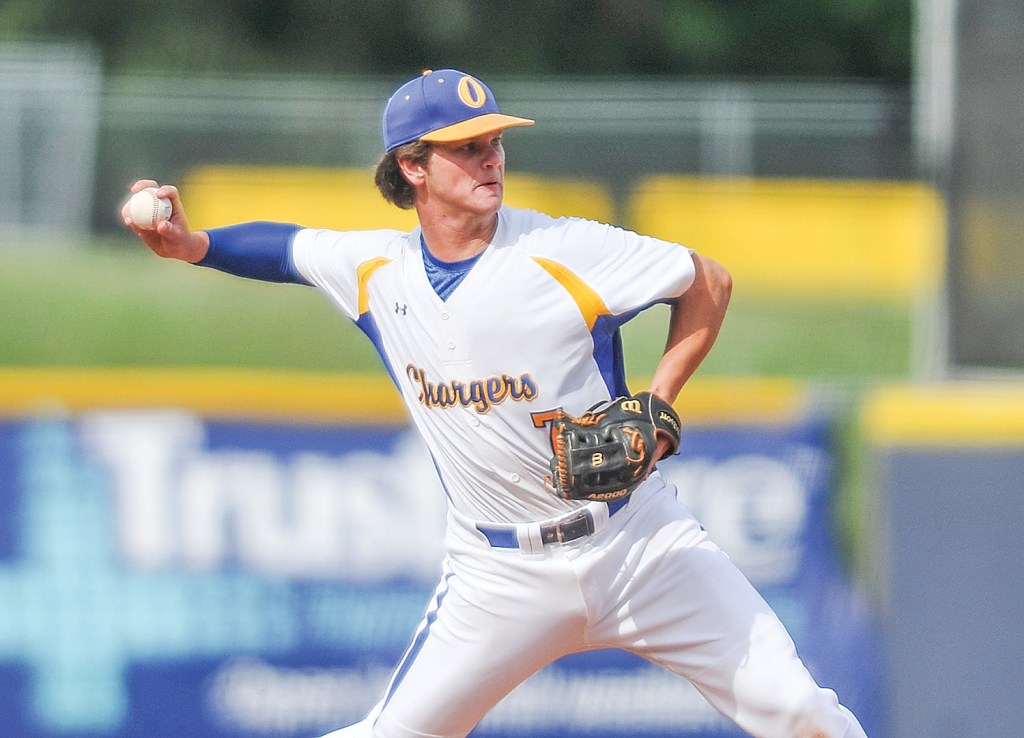 The repeats continued for Jason Barber on Tuesday.

After helping Oxford win back-to-back state titles for the first time in program history, the Chargers’ senior right-hander was named Mississippi’s Gatorade Player of the Year in baseball for the second straight year. It’s the first time an Oxford baseball player has won the honor multiple years and just the second time in school history it’s happened in any sport.

“Honestly I was little bit surprised this time,” Barber said. “There were a bunch of really good players out there, but I played alongside a guy that was just as deserving in Thomas (Dillard). Grae (Kessinger) and Houston (Roth), played right alongside all those guys and there were plenty of others guys in the state. It’s a real honor to get it again. I was definitely pumped to get it.”

Barber, who will play at Ole Miss next season, followed a junior season in which he posted a zero earned run average for the season by going 10-2 with a 1.08 ERA. Eight of Barber’s 10 starts were complete games, including the final three of his high school career, while he recorded 126 strikeouts and walked 11 in 78 innings.

He was also a threat with the bat in the middle of the Chargers’ lineup, often helping himself with a .330 average. Barber belted five home runs and drove in 37 runs, including three in the first game of the MHSAA Class 5A championship series in a 5-3 win over Hattiesburg.

“To be able to go out there and swing it and put up runs for myself, it gives you a lot of confidence going back on the mound if you can knock in a couple runs or something like that,” said Barber, who will primarily pitch at Ole Miss. “I definitely take pride in that, and I guess this year I just tried to enjoy it being my last time doing it because next year it’s going to be gone. But I definitely take pride in that and try to do it to the best of my ability.”

Oxford trailed 3-2 early in that game thanks in part to a throwing error by Barber, but Barber blanked the Tigers over the final five innings on four hits for his final win of the season, turning in the kind of outing that proved to be a microcosm of Barber’s four-year prep career.

“He’s a winner. He’s a straight-up winner,” Oxford coach Chris Baughman said. “He doesn’t get rattled. It doesn’t matter if you’re up 10, down 10, a 1-1 ballgame in the seventh, it doesn’t matter to him. He doesn’t let the situation dictate him.”

Barber, who has also maintained a 3.62 GPA in the classroom, said he plans to begin classes at Ole Miss in July.