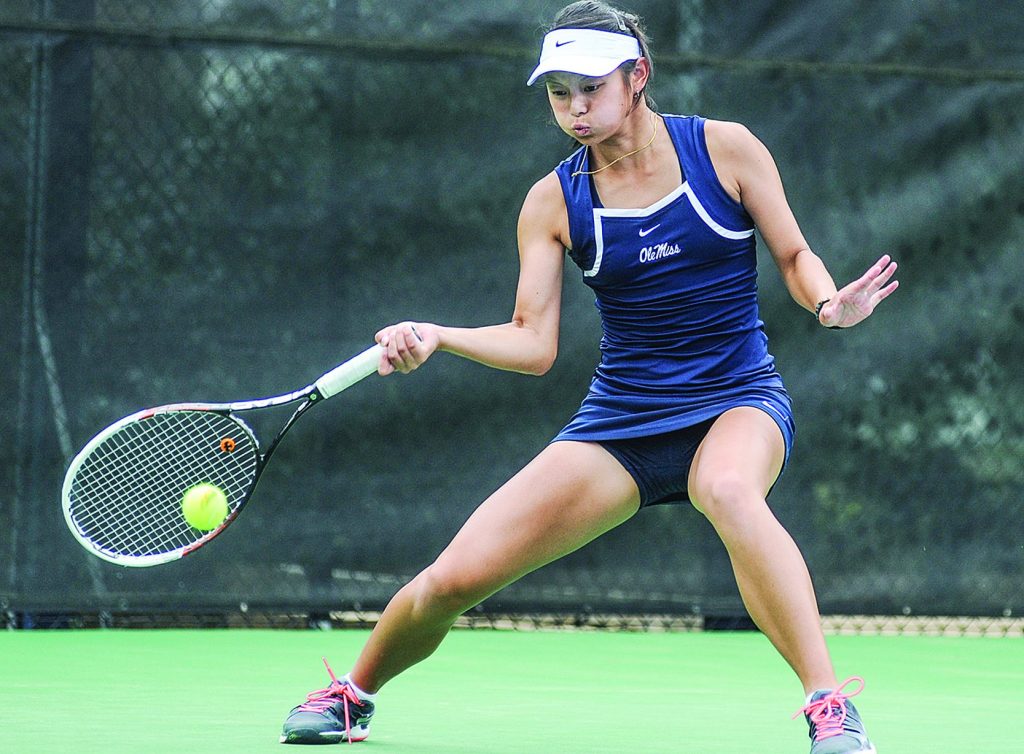 Hartono defeated NC State’s Martina Frantova 6-1, 6-4 to advance to the second round where she faced Saska Gavrilovska of Texas A&M today. Gavriloska knocked out 9-16 seed Stephanie Wagner of Miami in the first round.

Play was delayed with early rains in the morning, but Hartono got off to a fast start in the match. She broke Frantova early and led 3-0 before closing out the set. The two traded breaks in the second set, but at 4-4, Hartono broke and served out the match.

Ole Miss men’s sophomore Gustav Hansson made his NCAA singles debut and took care of business in straight sets against North Carolina’s Brayden Schnur to advance to the second round.

Hansson, who earned All-SEC first team honors, opened the match with a break of serve. Even though Schnur was able to break back for 2-2, Hansson would break twice more to take the first set. Hansson carried the momentum into the second set, breaking to go up 2-1 and then again for 5-2, which allowed him to serve out the first NCAA singles win of his career.

Next up for Hansson was 9-16 seed Tom Fawcett of Stanford Thursday this morning.

Senior Stefan Lindmark didn’t go on the court until an hour and a half after his scheduled 4 p.m. start time. He dropped a 6-2, 6-2 decision to ninth-ranked and 9-16 seed Thai-Son Kwiatkowski of Virginia.