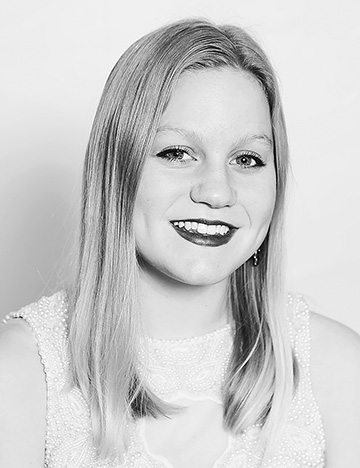 As the 74-year-old Delta Debutante Club prepares to celebrate this year’s group of debutantes as part of its “Little Season” of events, one Oxonian is among the group of 16 young women making their social debuts.

Anna McGee is a native of Oxford, a student at the University of Mississippi, and a member of the Chi Chapter of Delta Delta Delta sorority, and this weekend, she will be taking part in a host of events in the Mississippi Delta.

McGee said that this weekend’s “Little Season” will consist of three events, revolving around a formal reception on Saturday night that constitutes the highlight of the weekend.

The first event will be a luncheon, sponsored by four of the debutantes’ parents, held the same day of the reception at Vince’s Restaurant in Leland. Debutantes, mothers, grandmothers and other guests are invited to partake in the luncheon.

Following the luncheon will be the main event of the weekend, the formal reception, held at the Thompson House in Leland on Saturday night.

“The debutantes, pages and escorts will be in a receiving line,” McGee said. “They meet many board members, patrons and guests as they move through the line. There is a ball with dancing following the reception. The reception and ball are hosted by the Governing Board of the Delta Debutante Club.”

The Delta Debutante Club described the scene that will await the reception’s various attendees in terms reminiscent of a fairy tale.

Wrapping up the weekend’s events is a luncheon on the day after the reception, held at the Greenville Golf and Country Club, and sponsored by the parents of five of the debutantes.

After this weekend’s events, McGee said that the debutantes will turn their attention to the main debutante ball that will be held in December on a weekend filled with events much like the “Little Season” of this weekend.

“The main ball will be held in December at the Greenville Golf and Country Club,” she said. “The debutantes are presented to board members, patrons and guests. There will be two luncheons in December hosted by parents of the debutantes. Parents of each debutante entertain for their daughters, either in May or December.”

According to McGee, the wardrobe has proven to be the only particularly challenging aspect of preparing for the process.

“Other than wardrobe, there really isn’t that much preparation,” she said. “We are required to wear long, pastel dresses and short, white cotton gloves to the reception. There is a rehearsal the night before the ball. The debutantes wear long dresses to that event as well, any color they like. The night of the ball, the debutantes wear long white gowns and opera-length white kid gloves.”

McGee explained that the girls that go through this process are selected by the board of Delta Debutante Club, and that most debutantes have family ties to the Debutante Club. McGee herself said that both her mother and her sister were debutantes in the past, and ultimately, this family connection has proven to be one of the main draws for her in going through this process.

“I wanted to do this because it is very traditional in my family,” McGee said. “I was also a page for the Delta Debutante Club when I was 13. Several of the girls that I met then are making their debut as well. We get to invite family members and friends to the events. People come from all over. It’s a lot of fun.”

McGee will be accompanied by several other Oxonians, acting as pages just as McGee did when she was younger. Pages from Oxford include Catherine Williams Armishaw, Susanna Margaret Desler, Rosemary Katherine Frugé, Laura Elizabeth McArthur, Anne Walcott Steinriede and Molly Catherine Tannehill. Meanwhile, Jack Rhea Tannehill III will act as a page’s escort.

Saint Leo to open this month