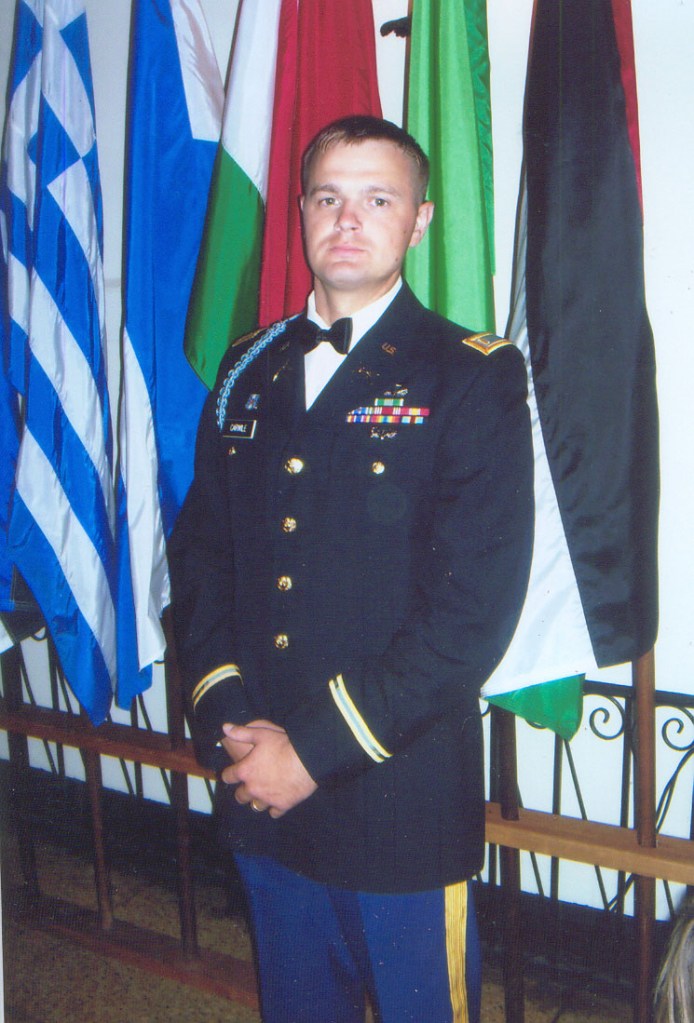 Donald “Donnie” Carwile was with the Oxford Police Department before re-enlisting in the Army.

It’s been almost eight years since Donald Carwile was killed in action while serving in Afghanistan, and efforts are underway to remember him for time to come.

“I am a Vietnam War veteran and I am keenly aware that until the Vietnam Memorial Wall was created in Washington, D.C., the sacrifices our Vietnam veterans made were not fully appreciated until recent years,” Hays said. “Most Vietnam veterans have taken the pledge to not let this happen again and this was in my mind concerning Donnie.”

Carwile was killed Aug. 15, 2008, when his vehicle was struck by a roadside bomb and then attacked by insurgents with small-arms fire and rocket-propelled grenades. Carwile and Army Private First Class Paul E. Conlon Jr. of Somerville, Massachusetts, were both killed. The soldiers were assigned to the 1st Battalion, 506th Infantry Regiment, 4th Brigade Combat Team, 101st Airborne Division, Fort Campbell, Kentucky.

Carwile was on duty after re-enlisting with the Army in 2006 and had previously been an officer with the Batesville and Oxford police departments.

“Army First Lt. Donald “Donnie” Carwile’s life embodied service to family, state and country. He was the type of man who put others before himself and paid the ultimate sacrifice to keep our country safe,” Kelly said. “He is truly a hero, and I am proud to honor his legacy.”

Carwile’s wife, Jennifer Estock, who is now remarried, was touched when she heard the news.

“It would be a wonderful honor and tribute to Donnie to name the post office after him,” she said.

Carwile’s dad, Dennis Carwile, is thankful for Hays taking the initiative to honor his son and is hopeful the legislation will pass.

“I’m just in awe of it,” he said. “I was unaware this was in the works until about a week ago, and it’s just awesome. He was my son and I can be a little prejudiced, but he was a super good guy and I still miss him a lot.”

Donnie Carwile’s daughters, Elizabeth Reese and Avery Claire, ride past the sign on College Hill Road that honors their dad every day. The two girls, who are 13 and 10 and would be “tickled” if the post office is renamed, their grandfather said.

“This would be extra special,” Carwile said.

Hays was commander of the American Legion Post in Oxford in 2008 when Carwile was killed. He said the community and Legion have been supportive and want to see Carwile honored and he will keep ensuring he is.

“Sacrificing one’s life for the benefit of others and our country should not be forgotten,” Hays said. “It’s my fervent prayer that Oxford and Lafayette County will not forget this sacrifice that Donnie and the Carwile family made.”