At the Ritz Theatre 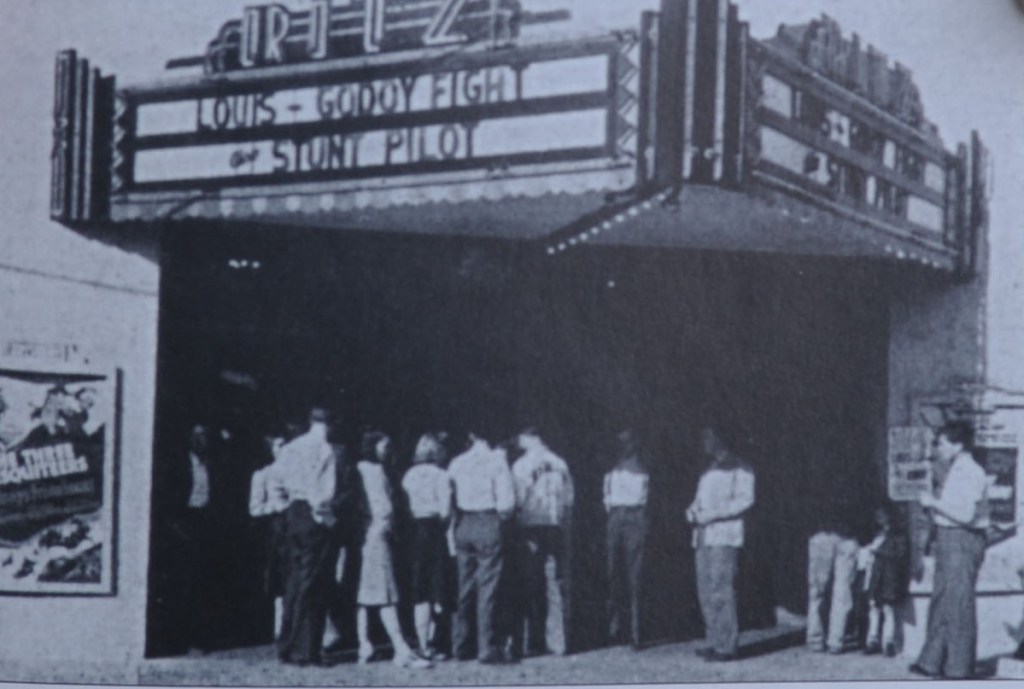 When I was a child in the early 1950s, Oxford had two movie theaters and a drive-in movie out on Jackson Avenue. In the late 1960s, Roland Adams built a new shopping center on University Avenue called Eastgate Shopping Center. He built a new theater in the center, with rocking chair seats and it was the first theater built in Oxford since the Ritz.

The two movie theatres in town were the Lyric and the Ritz. We called the Lyric the two-stick (one to sit on, one to beat off the rats). The new Ritz Theatre was to be built at the cost of $150,000 and was to be up-to-date, with all the bells and whistles of the time.

The Oxford EAGLE had been reporting that Ole Miss students had complained that the Lyric and the old Ritz were not large enough to service the “greatly increased post-war enrollment at the University.” C. S. Haney, a local car dealer and one of the partners in the new Ritz, had just purchased a lot from Albert Fenger on Van Buren for $15,000. The lot was situated next to what is now Bottletree Bakery.

Haney along with R.L. Smallwood and Bramlett Roberts, both local attorneys, and S.T. Lyles formed the Ritz Theatre Corporation. They planned a “rushed” construction of the new 1,000-seat, air-conditioned theater to replace one they had built in 1936 at the cost of $25,000. The new theater was to be “one of the most modern in the state.” They had been very successful with their first venture in 1936 when a number of the local businessmen had doubts and misgivings because Oxford already had a large and very successful movie house in the Lyric Theatre.

When they had built the old Ritz, business was increasingly better but the changes were slow in Oxford. It was the tail end of the Great Depression, but gradually better pictures were secured and Oxford and the university were growing. With this growth, post-war enrollment of the university had grown from 1,400 to nearly 3,500 and Oxford had grown nearly 20 percent since 1936, a new theater was warranted. The old theaters were seeing increases each night at the box office and a new policy of two shows a night was started.

R.X. Williams, who owned the Lyric and was longtime mayor of Oxford, had for many years the pick of any movies coming from Hollywood. The old Ritz was relegated to the back seat as far as new releases were concerned, but with the advent of new production companies in Hollywood, this became a thing of the past. By the way, Williams had married into the Falkner Family when he married Aunt Tee’s daughter, Sally Wilkins, William Faulkner’s first cousin.

By early 1950, the Lyric had fallen into a state of disrepair and that is when we started calling it the “two-stick.” The Ritz was a better venue to see a movie than the Lyric and it had, what I considered, a very unusual seating arrangement.

When you walked into the theater, past the lobby, you had to climb several steps. This, of course, was so that the back of the theater was higher than the front, or the screen end of the theater. There was a large seating area in the center floor plan of the building. On each side of the center section were smaller areas for seating. These sections ran the entire length of the building. As you got older, you moved from one section to the other.

Saturday afternoons were reserved for the young children with a newsreel, cartoon, previews of coming attraction, a movie, and several serials. I remember the cost of the movie in the early 1950s was 15 cents for the school-age child. A bag of popcorn was a dime, candy was a nickel and a drink was 15 cents for a small cup. They also sold hot dogs and a large jar of dill pickles was sitting on the counter.

I am sure that Oxford theaters were the same as others in small towns in the South and the other parts of America. All of us have fond memories of those less hectic days.