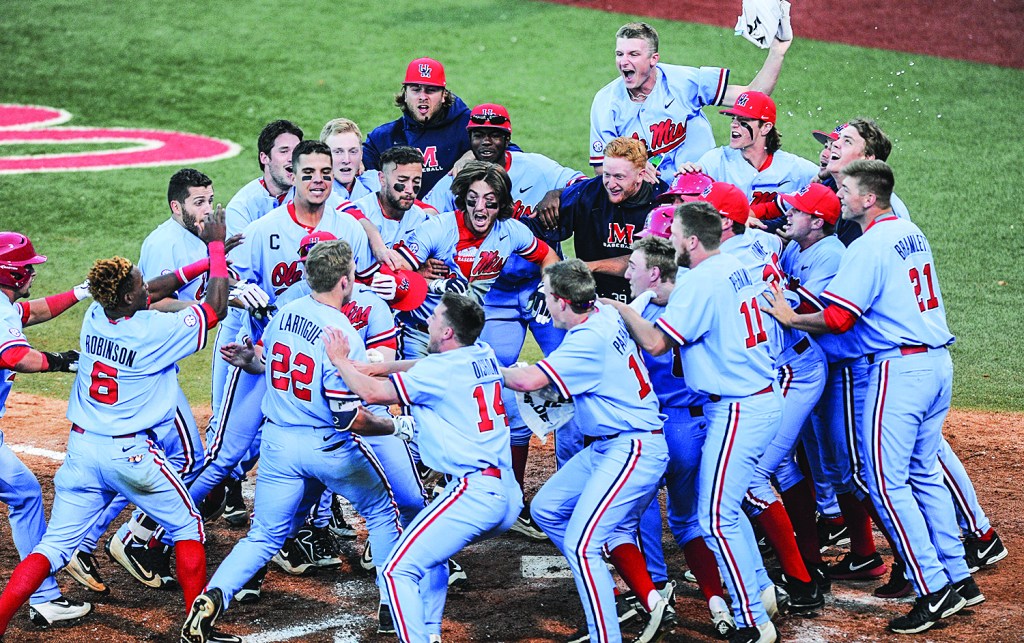 When the season began, Ole Miss had a list of goals it wanted to accomplish. Two of them are completed: A 40-win regular season and hosting an NCAA regional.

The NCAA selection committee on Sunday night announced the 16 hosting sites for the NCAA baseball tournament set to start on Friday. Seven of those 16 were Southeastern Conference schools, a new conference record. The Rebels (43-17) are one of the seven schools. The regional will begin on Friday and could run all the way to Monday evening if an if-necessary regional championship game is needed.

It is the second time in three years Ole Miss will host a regional at Oxford-University Stadium after doing so in 2014 during its run to Omaha and the College World Series.

The rest of Ole Miss’ bracket will be filled out Monday during a selection show at 11 a.m. on ESPNU. The top eight national seeds will be announced then as well, which the Rebels are still in consideration for after the weekend’s conclusions of conference tournaments.

Regular-season SEC champion Mississippi State was selected to host, marking the first time ever that both the Bulldogs and the Rebels are hosting a regional in the same season. SEC tournament champion Texas A&M, Florida, LSU, South Carolina, Vanderbilt round out the remainder of the SEC host sites.