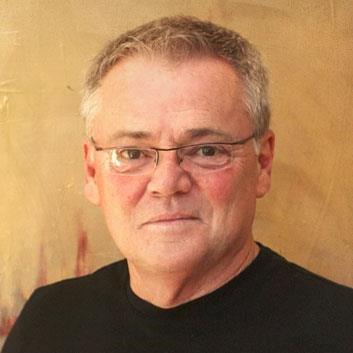 A native of Oxford, Curtis graduated from College Hill Academy in May 1975.  After graduation, Curtis continued his education at Atlanta School of Design.  Curtis began his career as an interior designer in New York City, interning with a very well known designer.  From there, he went to Houston, Texas to continue his career.

After several years, Curtis returned to Oxford because he wanted to be “A big fish in a little sea” rather than “A little fish in a big sea”!  Upon returning to Oxford, Curtis began a long, fruitful designing career by opening Oxford Decorating Company where he brought in Terry Lytal, another accomplished designer.  When Curtis and Terry made the decision to close Oxford Decorating Company, Curtis went to work for Jean Chandler selling designer fabrics and was instrumental in helping develop an interior design firm and retail store.  In the 1990’s, Curtis opened Inside Oxford, a favorite of people from Oxford and out-of-towners.  Many years later, Curtis and Terry closed Inside Oxford and opened Oxford Consignors on University Avenue.

Through the years, Curtis Knight Design decorated and designed hundreds of homes , locally, nationally and internationally.  Curtis was published in periodicals throughout the country.

In 2010, Curtis decided to take on his lifelong dream of being a long haul truck driver.  He traveled many thousands of miles enjoying the dream.   He continued doing so until a previous client persuaded him to decorate her home.  The truck driving business was history!
On December 12, 2015, Curtis married his longtime partner of thirty seven years, Terry Lytal.  As a wedding gift to one another, they started Oxford Cares where they were instrumental in collecting toys, clothes and food for children and families who would have no Christmas.  When devastating tornadoes struck Holly Springs, MS on December 24, 2015, Curtis and Terry rose to the occasion giving of themselves by collecting food, toys, water, clothing and supplies for the families most affected by the storms. Curtis believed in helping anyone in need and never wanted credit for doing so.  He has spent the last years of his life doing what he loved most, designing and decorating for clients, but more importantly, lifelong friends.

Curtis is survived by his spouse, Terry Lytal and his sister, Ann Knight, along with many nieces, nephews, in-laws and lifelong friends.

Online condolences may be left on the Tribute Wall at www.colemanfuneralhome.com.