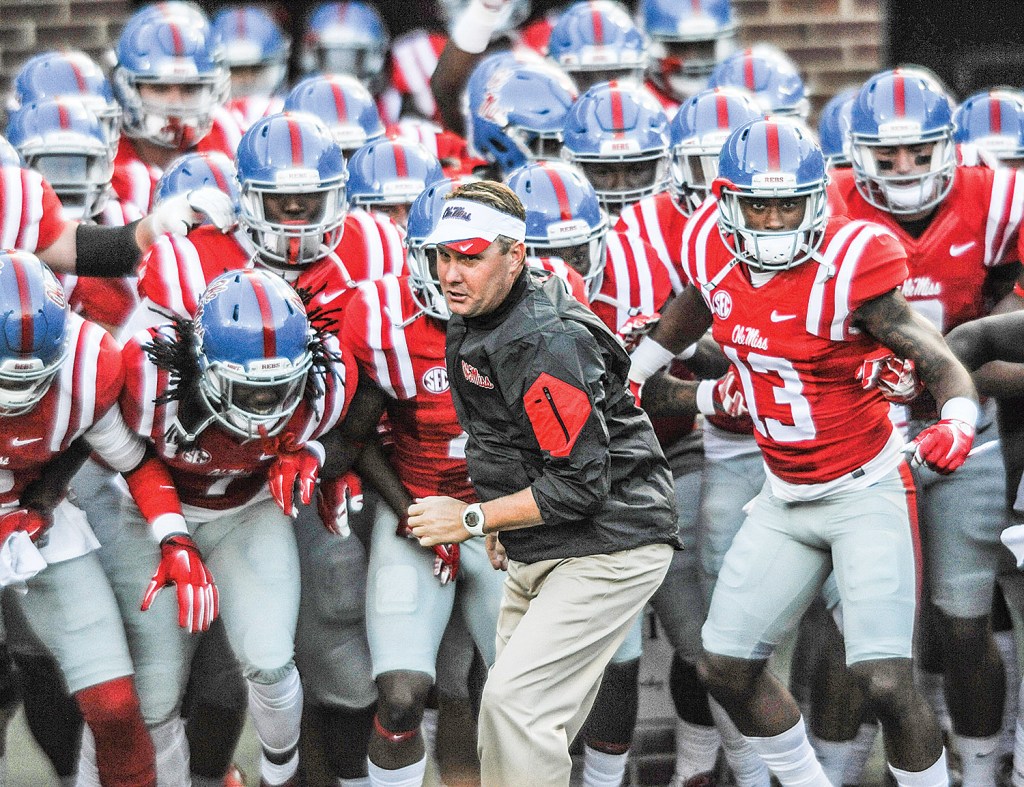 Ole Miss on Friday released its response to the Notice of Allegations it received in January on the NCAA’s investigation into rules violations in football, women’s basketball and track and field.

The school’s response to each of the 28 allegations was contained in a 154-page document. Thirteen of the allegations are levied in football, eight in track and field and cross country and seven in women’s basketball with 16, including eight in football, classified by the NCAA as Level I violations, which are the most the most serious followed by Level II then Level III.

In a letter released by the school Friday, chancellor Jeffrey Vitter and athletic director Ross Bjork wrote, “The NCAA has alleged, and we agree, that serious violations have occurred. Most of the more significant violations resulted from either (1) intentional misconduct and efforts to conceal that misconduct by former employees who face unethical conduct charges and personal sanctions; or (2) actions of individual boosters who conducted themselves contrary to rules education provided by the University.”

Ole Miss has self-imposed a reduction of 11 scholarships in football over the next four seasons starting with the 2015-16 academic year, three years of probation, recruiting restrictions, recruiting suspension for two assistant football coaches, a previously served postseason ban in women’s basketball, the disassociation of every involved booster, violation-specific rules education across all sports and a fine of $159,325.

Vitter and Bjork continued that while the school agreed a violation of NCAA rules occurred in all but one of the alleged instances, there are five violations the school believes should be classified lower than the level the NCAA has deemed them. Ole Miss can go before the NCAA’s Committee on Infractions (COI) and argue its case, and the COI will consider the school’s response when determining whether to accept the school’s penalties or add to them.

But Ole Miss has asked the COI to remove its hearing from this summer’s docket because of the school’s ongoing investigation into the events of the first night of the NFL Draft when a screenshot of a text conversation between former offensive lineman Laremy Tunsil and assistant athletic director of football operations John Miller was posted on Tunsil’s Instagram account. The leaked messages, which at one point showed Tunsil asking Miller for money to help pay rent and family bills, were “new information” to the case, Vitter and Bjork wrote, and weren’t one of the violations alleged in the Notice of Allegations.

It isn’t known if Tunsil ever received any money from a staffer at Ole Miss, which could be an NCAA violation.

According to the school, Ole Miss submitted its response to the allegations on April 21, but the response was delayed after an outside party involved in the case requested and was granted a 30-day extension. The NCAA’s enforcement staff has 60 days to respond before Ole Miss has its COI hearing, though a final resolution would be pushed back even further if the school’s hearing is delayed beyond the summer.

The first nine allegations listed in the notice regarding football occurred during head coach Hugh Freeze’s tenure, spanning from 2012 to August 2015. Tunsil was suspended the first seven games last season for the free use of three separate cars from Cannon Motors in Oxford, getting an interest-free loan on a down payment on the purchase of another vehicle and two nights of free lodging.

Cannon Motors, a corporate sponsor of Ole Miss athletics referred to in some of the allegations as “a representative of the institution’s athletics interests,” has been disassociated for at least three years.

Assistants Chris Kiffin and Maurice Harris engaged in impermissible recruiting practices, were prohibited from making off-campus recruiting contacts for anywhere from three weeks to 30 days and were required to attend the NCAA Regional Rules Seminar in the spring of 2015. Running backs coach Derrick Nix was accused of helping arrange for a recruit to receive impermissible benefits in the form of housing, meals and/or transportation in the summer of 2010, though Ole Miss refuted the allegation against Nix, citing a lack of direct evidence.

The school also agreed someone described as “a representative of the institution’s athletic interests” gave at least $500 in cash to Tunsil’s stepfather on or around Aug. 22, 2014. Some of the names on the notice have been redacted.

Others allegations date back to the previous coaching staff under Houston Nutt, who last coached Ole Miss in 2011. Former administrative operations coordinator David Saunders was given an eight-year show-cause penalty by the NCAA in January after it was found Saunders helped arrange for prospective student-athletes to obtain fraudulent ACT scores at Wayne County High School in Mississippi, continued to do it while working at Louisiana-Lafayette and lied to the NCAA about it. Louisiana-Lafayette was also put on two-years probation.

Former assistant Chris Vaughn, who was let go as Texas’ defensive backs coach earlier this year, is accused in the notice of working in cahoots with Saunders while at Ole Miss. The allegations are Level I, which the NCAA describes as a “severe breach of conduct.”

Ole Miss parted ways with former women’s basketball coach Adrian Wiggins and track coach Brian O’Neal once violations were found to have been committed. Wiggins along with assistants Kim and Michael Landers were fired in 2012 before Wiggins ever coached a game for academic misconduct and impermissible recruiting practices. O’Neal mutually agreed with the school to resign as head track coach last summer.