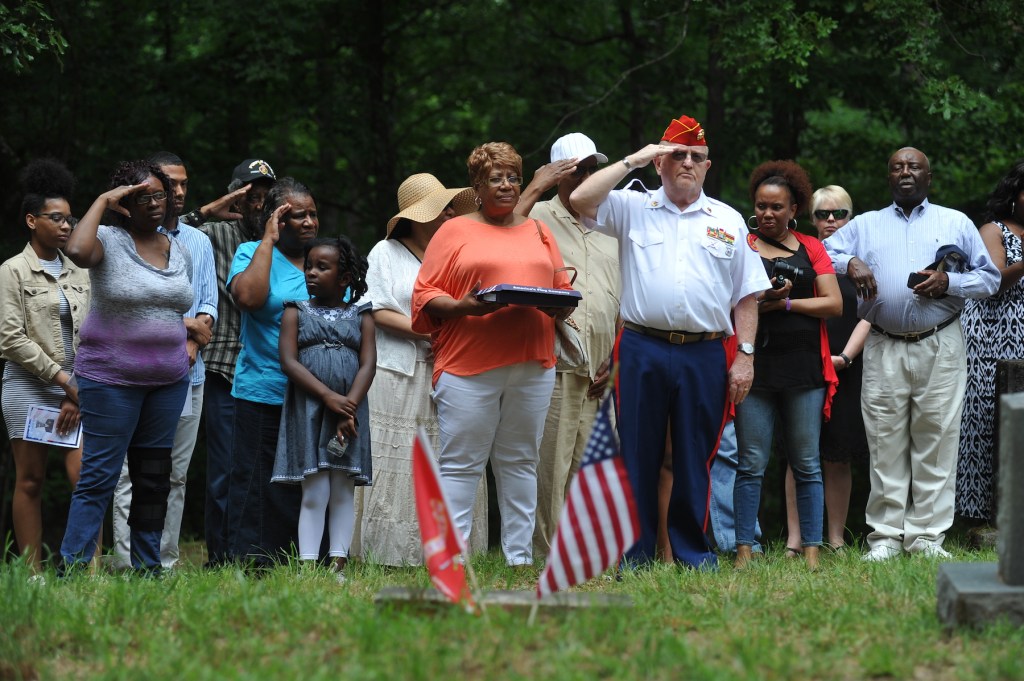 Lafayette County resident Willie Morris Jones gave his life for his country in 1969 during the Vietnam War while serving in the U.S. Marines. He was 21 years old.

He is also the only known Marine from Lafayette County who made the ultimate sacrifice.

When his body was returned to his Denmark community home, he was given a full military honors funeral, according to his sister, Etta Jones Key. His name is listed on the Vietnam Veterans Memorial Wall in Washington, D.C., on the Wall at Panel W17, Line 88. But there was nothing local to memorialize and honor his sacrifice.

Jones was buried in the Yellow Leaf Cemetery in the area set aside for African-Americans.

“There was nothing after that,” Key said.

Jones was ninth of 14 children. He was born Sept. 23, 1948, to Mary and Dudley Jones. He worked on the family farm and attended Central High School in Oxford. He enjoyed fishing, playing baseball and singing in a family group.

At 19, he enlisted in the U.S. Marine Corps. He achieved the rank of lance corporal and was deployed to Vietnam

On Oct. 18, 1969, he was en route to his command post when the Jeep he and two others were riding in hit an explosive device, buried in the roadway — Route 540, 3 kilometers north of Liberty Bridge, and just south of DaNang, Vietnam.

All three marines, including Jones, were killed in the blast.

Retired Marine Gene Hays learned about Jones when he was seeking someone to name the newly established Oxford chapter of the Marine Corps League Detachment No. 1431 after.

“When I presented his name and bio to a quorum of Marine members he was unanimously elected as the namesake for the new Oxford detachment,” Hays said.

Hays met with Key and got permission from Jones’ family to name the detachment after her brother.

“I was so excited,” Key said. “After so many years, nothing like this came up for him.”

On Saturday morning, the memorial and formal dedication was held at the Yellow Leaf Cemetery with many of Jones’ living family attending.

An American flag and Purple Heart were presented to Jones’ family at the gravesite as “Taps” was played.

Jones had two brothers who also served in Vietnam. His brother Marvin Jones was injured during the war but survived. His brother, Cleothis Jones, served and came home uninjured.

Key said her memory of her brother, Willie, has faded some over the years.

“I remember he was always a neatly dressed person,” she said.

“He wanted to serve in the Marines even with the war going on. He didn’t wait for the draft. He chose to join.”

Key said her own son is now serving in the Marines, being inspired by his uncles’ service.