UPWARD TREND: Rebels’ offense coming together ahead of NCAAs 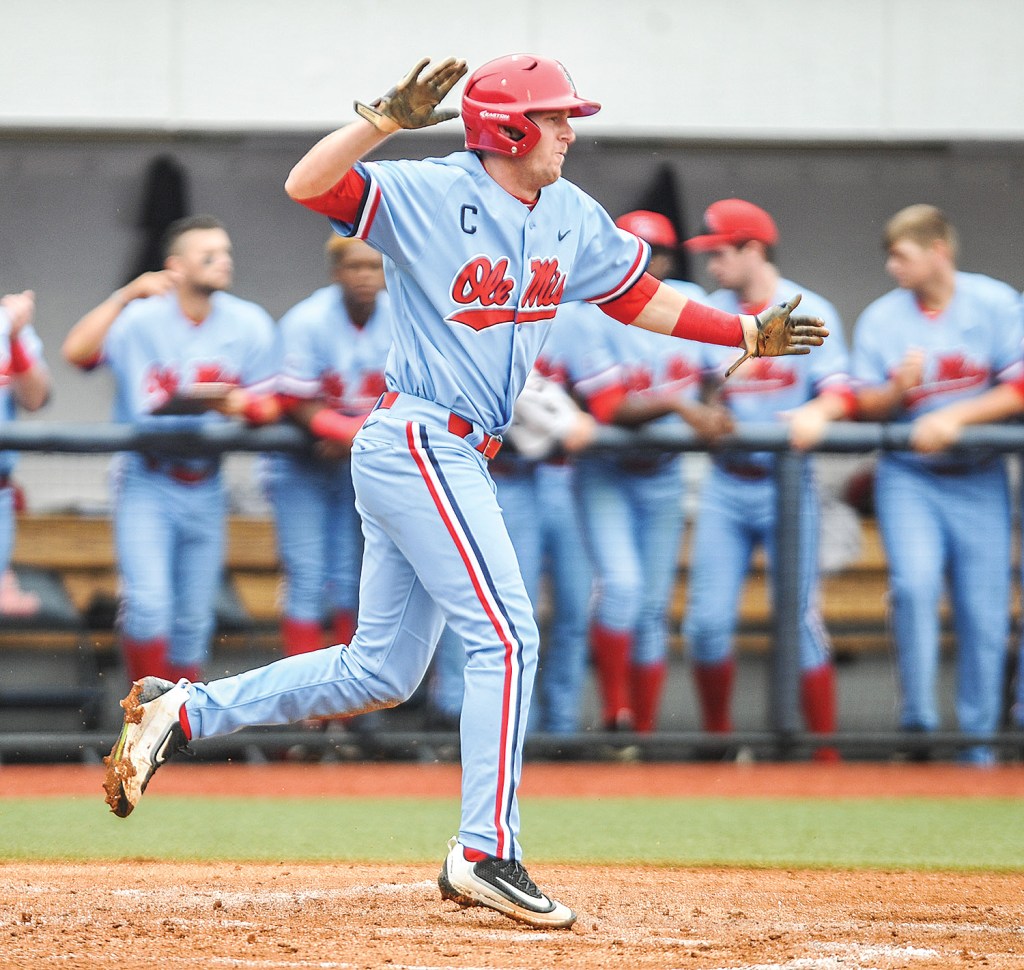 There was a stigma that Ole Miss could not hit elite pitching successfully or even consistently. There were statistics to back that claim up as well.

During the past week, the No. 10 Rebels have taken the opportunity to prove they have an offense that could match up with some of the country’s best pitchers and is clicking at the right time, winning four of their last five games.

Going back two Saturdays ago, Ole Miss faced Texas A&M pitcher Kyle Simonds, who two weekends prior had thrown a no-hitter against Vanderbilt. The Rebels roughed him up for three runs, two earned, on seven hits in a 3-2 win to close out the regular season.

“I think it’s a momentum shift,” Ole Miss shortstop Errol Robinson said. “Coming out with three games was big for us, especially after the A&M weekend and how that finished up for us. Getting the win in that third game against A&M kind of was the beginning of this turnaround. It’s great seeing the bats getting hot and scoring almost double digits every game. It’s just a time for us to use this momentum heading into a regional.”

During that span, the Ole Miss bats tallied 20 runs on 17 hits against some of the elite pitchers in the SEC. Two of them were Georgia’s Heath Holder and South Carolina’s Clarke Schmidt, pitchers that had bested them earlier in the season.

Vanderbilt’s Jordan Sheffield is consider a top draft pick and had Ole Miss hit him up for nine runs on six hits Thursday in his first time against the Rebels this year.

“I think there’s a lot of confidence,” Ole Miss third baseman Colby Bortles said of the offense. “Sheffield was supposed to be projected in the first round and we got a lot good swings off of him. Our approach was good.”

In its four games in Hoover, Ole Miss totaled 35 runs on 43 hits. A bulk of the runs were scored by the middle of the Rebels’ lineup with Bortles, J.B. Woodman and Henri Lartigue. The trio, all named to the SEC All-Tournament team, went 24-for-45 (.533 batting average) for 18 runs batted in and two home runs by Lartigue and Woodman.

Getting the heart of the order going right before the NCAA Tournament begins makes the Rebels a true threat to any opposing pitcher they will face for however long their postseason lasts.

“Our guys are just going out there and having quality at-bats,” Lartigue said. “That’s all we ask of everyone in the lineup is to go out there and win some pitches and hopefully at the end of the at-bat you competed. It just seems like we are getting good pitches to hit and guys like J.B. and Colby are getting hitter’s counts. That’s good for us.”