OXFORD REGIONAL: Gambino, BC ready for atmosphere at Swayze Field 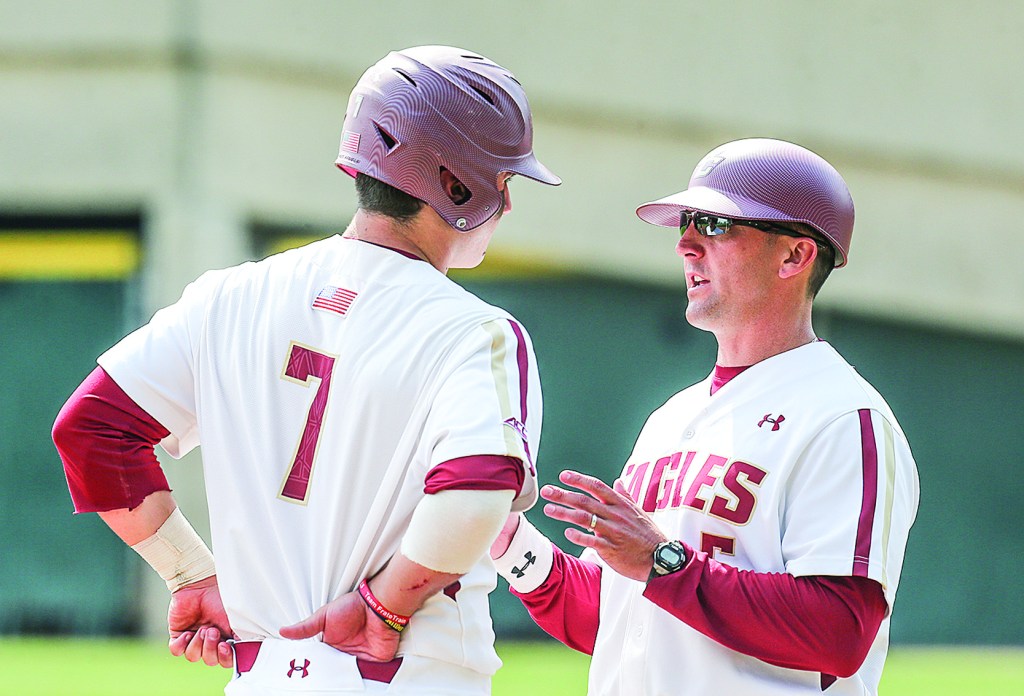 Boston College head coach Mike Gambino, a former Major League scout, will return to a familiar venue at Oxford-University Stadium when the Eagles play in their first NCAA tournament since 2009. (Photo courtesy of Boston College Athletics)

Boston College felt pretty good about making it into the field of 64 of this year’s NCAA baseball tournament.

As the hour passed and the 16 regional sites were being filled during Monday’s selection show with the Eagles not seeing their name in the brackets, it caused some minor concern.

The concern was put to rest as Boston College finally saw where it will be heading this weekend, earning the No. 3 seed in the Oxford Regional, which is paired with the Coral Gables (Miami) Regional for the super regionals.

“We were confident going into the (selection) show just based on our resume and looking at the predictions,” Boston College coach Mike Gambino said. “The only problem with that was how they ran out the regionals. We were called out in the last pairing, and it was Ole Miss and Miami. We knew we weren’t going to Miami. It ended up making it really fun looking back once we got in, but some of the tension kind of kept building.”

Boston College (31-20), which is making its first appearance in the tournament since 2009, will kick off the regional against No. 2 seed Tulane at 3 p.m. on Friday.

The Eagles earned an at-large bid and were a part of the Atlantic Coast Conference’s record-tying 10 teams into the field.

It will be a return of sorts for Gambino, who spent two years as a regional scout for the Detroit Tigers and was assigned the Deep South. He became very familiar with Ole Miss, especially during the 2005-06 years with the likes of Chris Coghlan, Stephen Head and Lance Lynn. When Boston College arrives to Oxford-University Stadium and Swayze Field on Thursday for practice, a lot of emotions will be flooding back into Gambino’s mind.

“I was there all the time, so I got really familiar with Ole Miss and how great of a place Oxford is and how great those fans are,” Gambino said. “I can still do the Hotty Toddy. I’m going to have to stop myself down there when I hear somebody yell out, ‘Are you ready?’ before the first game.”

As for Gambino’s team, the Eagles are trending up at the right time, winning 10 of their last 13 with series wins over Georgia Tech and Virginia Tech. The Eagles also took a series over No. 2 national seed Louisville in late April.

They lost to Georgia Tech in the first round of the ACC Tournament last week, but Gambino feels good with where his team is heading into the postseason.

Offensively Boston College is led by Scott Baren and Michael Strem. Baren leads the team with a .322 batting average but has played in only 23 of the team’s 51 games. The sophomore outfielder has 19 hits and 12 runs batted in.

“Strem has just given us consistently great at-bats in the two-hole,” Gambino said. “He’s got a real good feel for the barrel and getting the barrel on the ball. Scott Baren gives us a left-handed presence in the five-hole and has a knack for driving in runs. Both of those guys have done a great job giving us good at-bats.”

Gambino will get a boost to his offense with outfielder Casey Donovan returning to the lineup. Donovan has been out of action for five weeks with a broken hand. Donovan was hitting .276 with nine RBIs before suffering the injury.