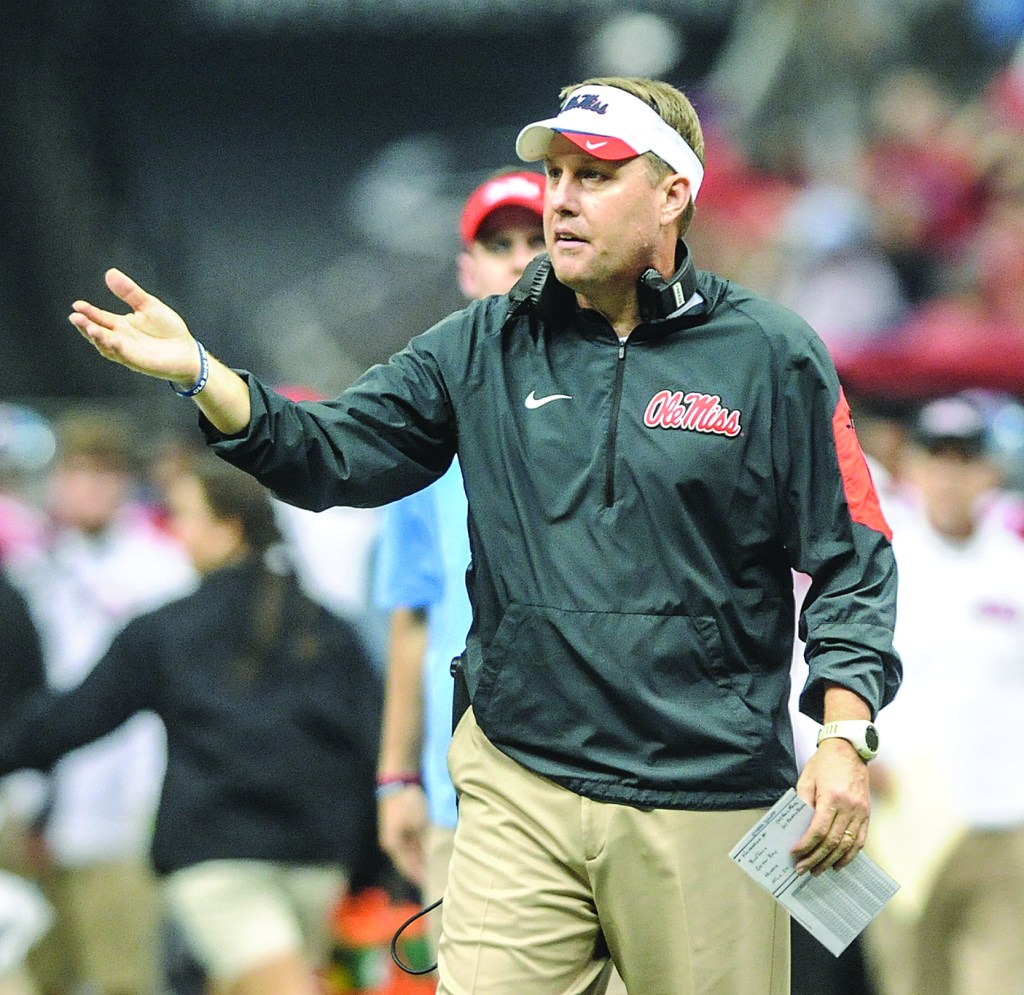 NCAA rules have been broken under Hugh Freeze’s watch, but Ole Miss’ coach denies he or his staff did so intentionally. (Photo by Bruce Newman)

Hugh Freeze can’t deny NCAA rules have been violated under his watch when it comes to Ole Miss’ football program. But Freeze wants people to know that nobody on his staff is trying to blatantly cheat.

Speaking publicly for the first time since the school released the Notice of Allegations it received from the NCAA along with its response Friday, Freeze said Tuesday at the annual Southeastern Conference spring meetings in Destin, Florida, that “there’s a difference in making a mistake and willful intent to circumvent rules to try to gain an advantage.”

Nine of the 13 violations alleged by the NCAA in its four-year investigation into the football program  have occurred during Freeze’s tenure. Four of them are deemed the most serious Level I offenses with three of them involving former offensive lineman Laremy Tunsil’s free use of loaner cars as well as his interest-free down payment for the purchase of another vehicle and a booster giving at least $500 in cash to Tunsil’s stepfather, Lindsey Miller.

The other accuses tight ends coach Maurice Harris of being aware of impermissible benefits provided to recruits by a booster and at times helping to arrange for the recruits to get the inducements. Defensive line coach Chris Kiffin was hit with Level II and III allegations of providing and helping arrange free lodging and meals for recruits and their families during visits while running backs coach Derrick Nix is accused of helping arrange for recruits to receive similar impermissible benefits while on former coach Houston Nutt’s staff in 2010.

The school disagrees with some of the allegations in regards to Nix and Harris and will contest anything it objects to in the notice during its hearing with the Committee on Infractions (COI), but the notice does not accuse any staff member of paying recruits to sign with Ole Miss, a popular narrative among other fan bases that gained steam during the first night of this year’s NFL Draft when Tunsil told reporters he took money from an Ole Miss coach after a screenshot of text messages exchanged between he and assistant athletic director for football operations John Miller was posted to Tunsil’s Instagram account.

Ole Miss has requested that its hearing with the COI be removed from the docket this summer as the school continues to investigate Tunsil’s admission.

“I stand here today owning the mistakes, but that is what they are — not some staff out trying to buy players,” Freeze said. “(The assistants’) mistakes, in my eyes, did not rise to the level of termination. There’s not a single charge in our letter that charges a coach with being out buying players.”

Ole Miss agreed with most of the NCAA’s findings and has self-imposed penalties that include 11 scholarship reductions over four years starting with the most recent recruiting class, three years of probation, the disassociation of involved boosters and recruiting restrictions both on and off campus. Once the hearing with the COI is over, the NCAA can either accept the school’s self-imposed penalties or add to them, though it’s unclear now when the hearing will take place.

“We enjoy working together,” Bjork said. “We have a great relationship. Our new chancellor, Dr. (Jeffery) Vitter, has enjoyed that relationship. We have great support from our administration, so absolutely.”