Growth, development in the headlines 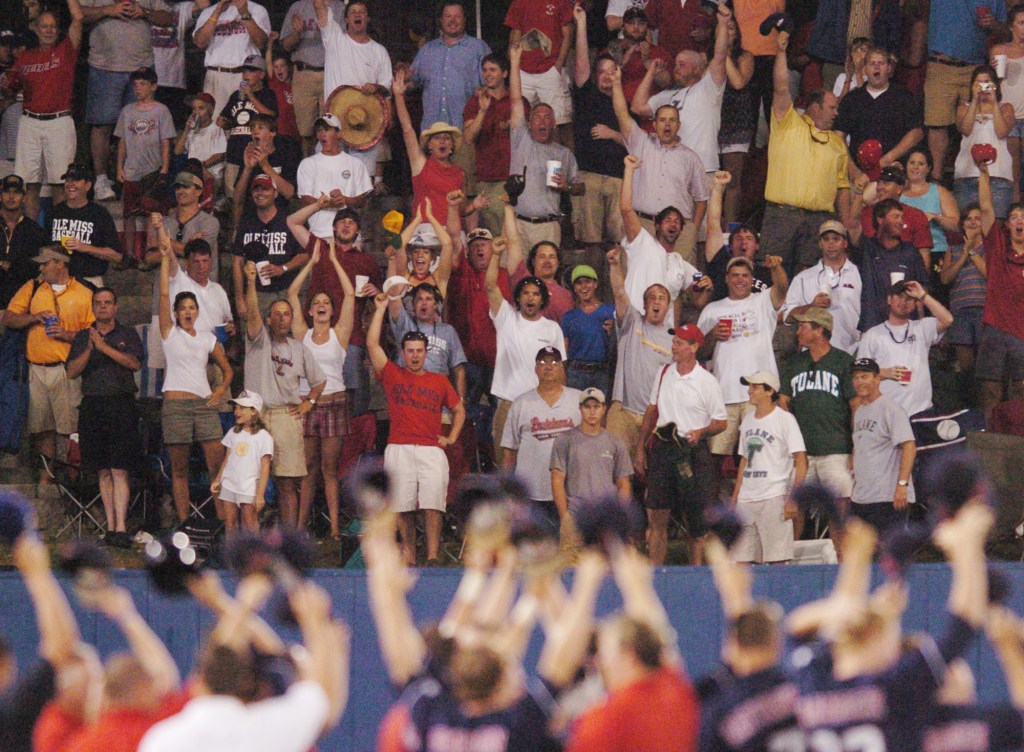 Mississippi players tip their caps to the cheers of the outfield fans following a 12-4 win over Tulane in a NCAA regional college baseball game in Oxford in June 2006.

The summer break that traditionally kick-starts after Memorial Day brings a variety of news to Oxford, but themes this week are growth and development and its positive side effects. See these excerpts from 2015, 2006, 2000, 1998 and 1971.

Add another prize to Oxford’s growing list of accolades.

The company is a website devoted to research and analysis of communities around the country.

“It’s not surprising to me at all,” said Jon Maynard, president and CEO of the local chamber of commerce.

NCAA Regionals a bonus for business

Fans are pouring in for this weekend’s NCAA Baseball regional tournament.

The busy beginning to a traditionally quiet summer season in town has been the trend three years in a row since Oxford has hosted a regional tournament.

The event has meant sold-out rooms around town. The Inn at Ole Miss was booked within a day of the announcement of the regional.

Oxford officials this week will make the decision on whether to issue bonds and take out a loan to raise up to $10 million for major projects.

The three projects on the table include a multipurpose center, a sports complex and improvements along Jackson Avenue West that will lure a Walmart SuperCenter to town.

The city would allocate up to $5 million in general obligation bonds to “construct roads and bridges” as part of an agreement with Walmart.

Due to Oxford’s “stunning” growth, its Board of Aldermen studied a report Tuesday that recommended building a $1.6 million electric substation.

The facility is needed to meet the needs of the growing city, experts say.

The report came just in time for one of the first meetings of a community volunteer task force that will map out long-range plans for the city all summer.

Around 25,000 acres of bottom land in Lafayette and Pontotoc counties should become available for use soon.

It will be open upon completion of the Soul Conservation Service’s Flood-Water Retardation Structures in the Yocona River bottom.

The flood retardation structures resemble reservoirs, and 14 have already been completed in the Harmontown community.

The Yocona area work has seen 10 completed, four are currently under construction and four more are in the planning stages.