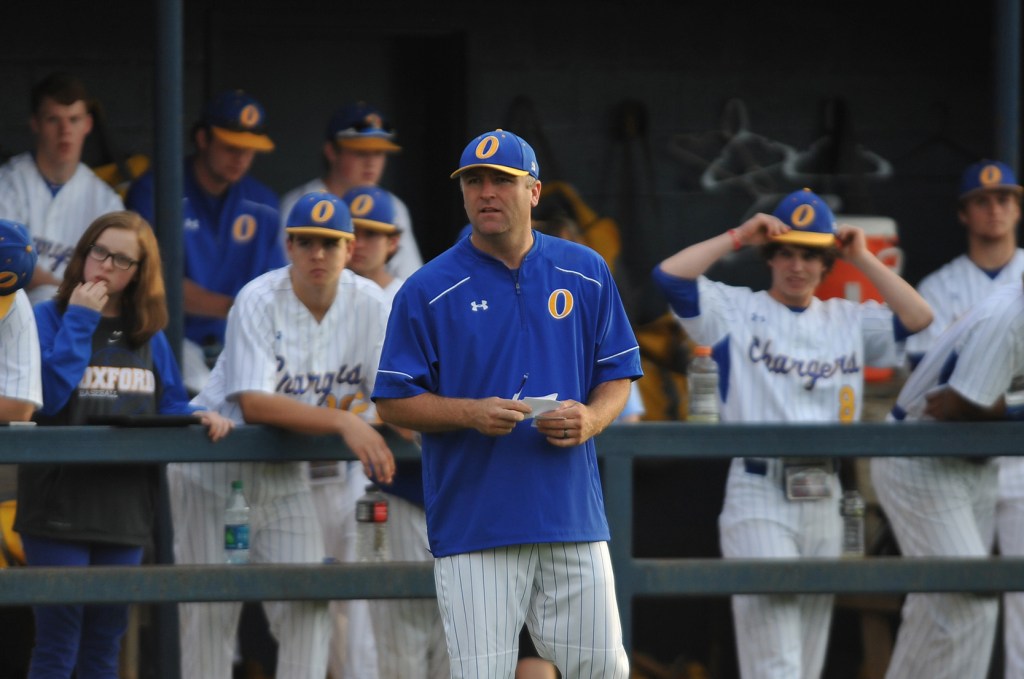 When Oxford football coach Chris Cutcliffe first approached Chris Baughman about taking a break from baseball to return to the sideline this fall, Baughman was in.

As long as his wife, Whitney, was, too.

Once she found out the job would bring in some more money and that she wouldn’t have to give up some of her Friday nights traveling to away games, she gave her approval. Now Baughman, Oxford’s head baseball coach, will pull double duty as the latest addition to Cutcliffe’s staff coaching running backs.

“Once she was OK and on board with it, I was comfortable enough to tell Chris I would do it,” said Baughman, who just led the baseball team to back-to-back MHSAA Class 5A championships.

It’s the second stint on the football staff for Baughman, who previously coached running backs, quarterbacks and a variety of other positions on both sides of the ball under Johnny Hill until 2009. Baughman coached Cutcliffe, a former Oxford quarterback, during his senior season in 2004.

“I love football. I missed Friday nights,” Baughman said. “Doing this, I’m going to miss some family time, but I was at football games anyway on Friday nights and I was at every JV game.”

Baughman said Cutcliffe jokingly brought up the idea of him rejoining the staff once Cutcliffe got the job in January following Hill’s retirement, but talks turned serious once it was apparent there weren’t going to be as many teaching vacancies for the next school year as spots to fill on Cutcliffe’s staff.

Cutcliffe said Baughman, who teaches calculus in the school district, was the perfect internal candidate.

“It was really good to have such a quality coach already in our building,” Cutcliffe said. “You can’t ask for a better coach than him, and it’s proven with what he’s been able to do with baseball. … I know how good of a football coach he is.”

Baseball No. 1
Baseball will still be the priority for Baughman, who will join the football staff after helping coach in the Mississippi Association of Coaches 5A/6A Crossroads Diamond Club All-Star Game this weekend in Pearl. Once school begins in August, Baughman said he will supervise the baseball team each day during its in-school athletic period before leaving the after-school weightlifting sessions with assistants Daniel Parrish, Chase Goolsby and David Webb to join football practice.

“It’s going to be one of those deals where as soon as baseball is over with, I’m going to head over to football practice,” Baughman said. “We’ll try to schedule some things to where hopefully nobody is short of the time they need. I’m excited.”