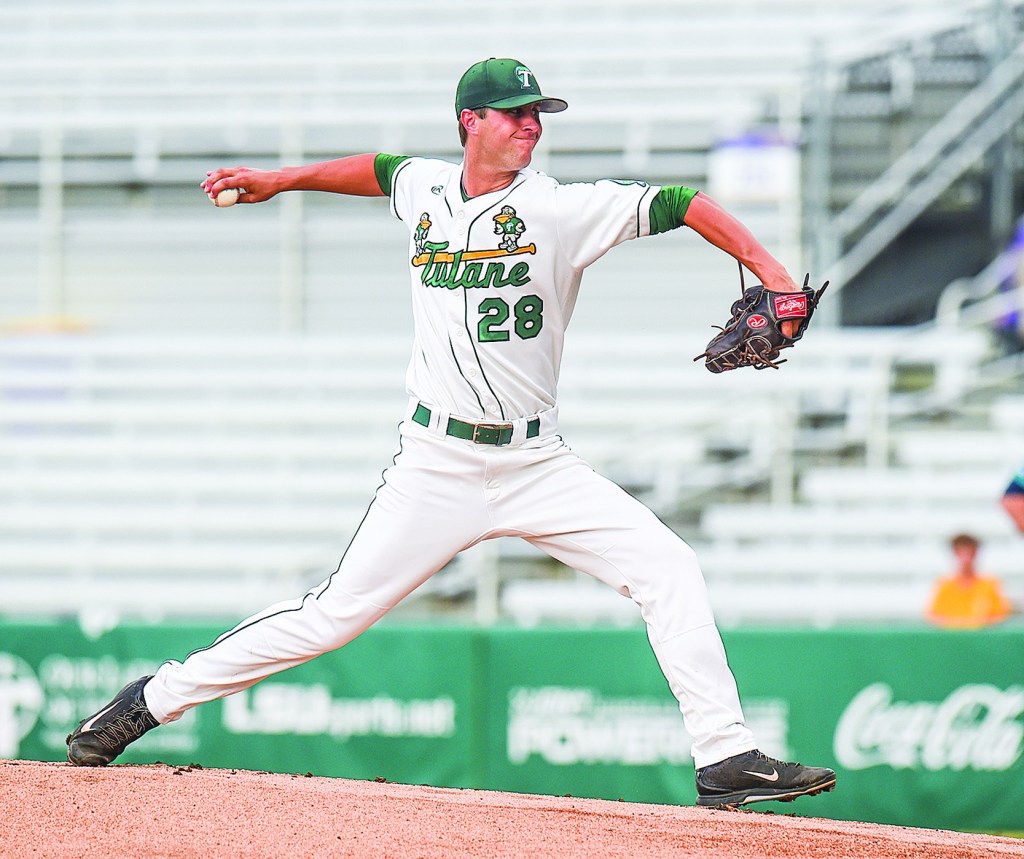 After missing the postseason for seven years straight, Tulane has started a new tradition. The Green Wave are the regular-season American Athletic Conference (AAC) champions and punched their ticket to the NCAA baseball tournament for the second consecutive year.

It has all happened under the watch of head coach David Pierce, who took over the program last season. In his first year at the helm, Pierce led Tulane to the Baton Rouge Regional where the Green Wave went 1-2 before being sent back to New Orleans by UNC-Wilmington.

This year they are a part of the Oxford Regional as the No. 2 seed, where they will take on No. 3 Boston College to kick off the weekend slate at 3 p.m. on Friday at Oxford-University Stadium.
With the state of Louisiana earning two host sites in Baton Rouge and Lafayette, Pierce felt maybe they would see their name a little closer to home during Monday’s selection show but is looking forward to the trip to Oxford.

“We felt like we were a solid 2 (seed) because we were in the talks to host,” Pierce said. “I don’t think we qualified to host, but we were definitely in the talks. It was a different year for us that we weren’t sitting with our fingers crossed. The only real surprise was where we ended up, which was outside the state of Louisiana. I think our kids are excited about a new experience and that is going to Ole Miss.”

Before Pierce arrived, Tulane had a losing record only once between 2008 and 2014 but never made the NCAA Tournament. The Green Wave made it to the Conferenc -USA tournament, the league they were a part of before the school moved to the AAC in 2014, four out of six times during that span as well.

“I think we have very good talent, and so it’s been our coaches’ job to just kind of pull that talent out and allow them to play with their skill set,” Pierce said. “You’ve seen some guys really grow in the last two years. Kind of become more of what their capabilities are. It’s been fun to watch their development.”

They have proven to be a very tough team in the non-conference slate, going a combined 4-0 against No. 8 national seed LSU and Southern Mississippi, another 2 seed in the Tallahassee Regional. The longest losing streak Tulane found itself in lasted three games, dropping three of the first four games of the season.

The offensive numbers do not jump off the page when looking at the Green Wave as they have only one player with a batting average over .300. Stephen Alemais is hitting .318 on the year with a team-best 62 hits and has recorded 27 runs batted in. Alemais did most of this while missing a portion of the season with a shoulder injury.

“His production is even better than his numbers because he was out four weeks,” Peirce said. “He’s been our catalyst and kind of gets our offense going. He’s a player that can also steal some bases.”

Tulane will send its ace, Emerson Gibbs, to the mound against Boston College on Friday afternoon. Gibbs has a 2.44 earned run average and a 6-3 record in 18 appearances this season. He has also thrown two complete games while working 103 2/3 innings.

Gibbs earned the ace slot after Tulane’s original Friday starter, Corey Merrill, missed seven weeks due to injury and was moved to the bullpen.

The Massey brothers, Ross and Alex, are two more key components to Tulane’s rotation with Ross pitching on Saturdays with Alex being the Sunday starter.