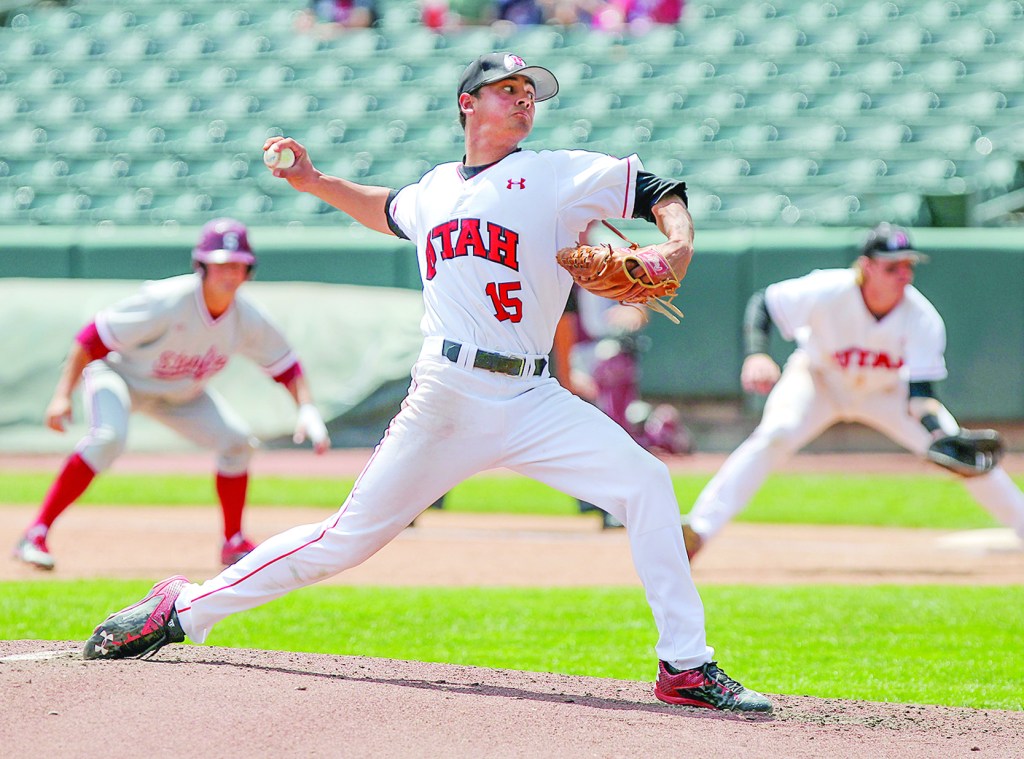 Utah’s Jayson Rose will get the ball against Ole Miss tonight after posting a 2.62 ERA with 102 strikeouts in the regular season. (University of Utah athletics)

Utah is the No. 4 seed in the Oxford Regional. That means very little to the Utes.

The PAC-12 champions will face No. 1 seed Ole Miss tonight at 7 p.m. in the nightcap of the regional-opening doubleheader at Oxford-University Stadium.

The advice Utah coach Bill Kinneberg gave his players about the environment they will find themselves in?

The Utes (25-27) were staring at a 3-9 record, including a four-game sweep by Houston Baptist, to start their season, and morale in the clubhouse was at a season-low for players and coaches alike. Once the conference slate started against Oregon, where Utah took two of three from the Ducks, things started to turn around.

“We played poorly the first month of the year,” Kinneberg said. “There was a game during the week against BYU, who beat us 6-0, and I could see our team had no energy, no life. They were miserable and we were miserable as coaches. So we made some changes the next day.”

That change turned into a 19-11 record in the PAC-12 and a conference title for their efforts. The Utes took series over Arizona State, UCLA, California, Washington, Washington State and swept Arizona. After starting the season with a losing record, Utah closed out the year going 11-5 in the final month of the regular season.

“Going into (PAC-12) play, I think everyone was like, ‘Lets start 0-0,” Utah pitcher Jayson Rose said. “New season, and that’s what matters. Rallying the troops and getting the team all back together I think was the key. … The first Friday night we won was the turning point. Oregon was ranked at the time, and winning the series was a big moment for us.”

Strength against strength
Rose will get the ball for Utah tonight opposite Brady Bramlett and will have to face an Ole Miss lineup that is one of the best in the country with J.B. Woodman, Henri Lartigue and Colby Bortles heating up at last week’s SEC Tournament.

With Utah being the 4 seed and a conference champion sets up the fact the Oxford Regional could go to any one of the four teams.

“Winning the PAC-12 is a big, huge confidence boost,” Rose said. “We just like to have fun and we’re loose and think we can win any game.”