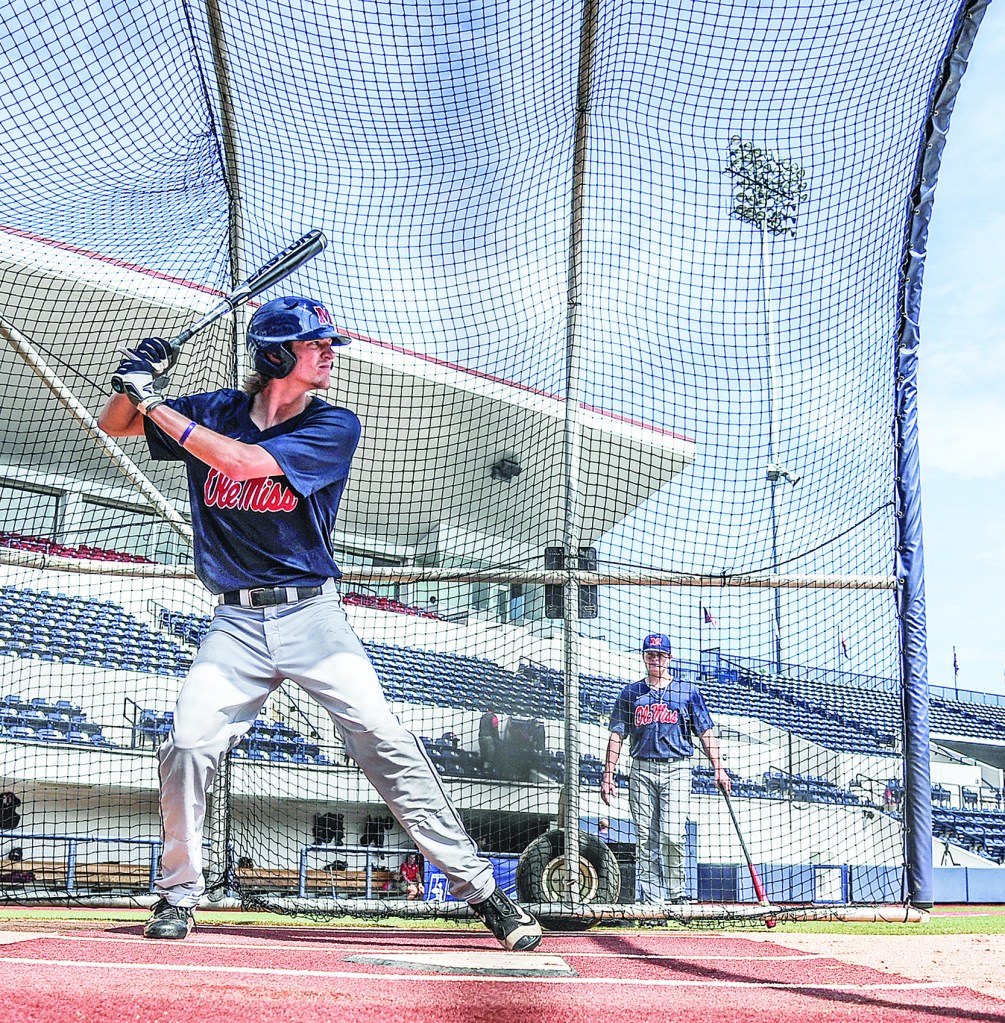 What a difference a year makes.

This time last season, Ole Miss was practicing at Jackie Robinson Stadium on the campus of UCLA at the Los Angeles Regional. Fast forward after a much-improved season that included 40 wins, the Rebels (43-17) have been rewarded with playing at home at Oxford-University Stadium in the Oxford Regional starting today.

Thursday was a practice day for all four teams as well as media day as Ole Miss worked on final preparations.

“I kept on asking Colby (Bortles), Errol (Robinson) and J.B. (Woodman),” second baseman Tate Blackman said heading into his first regional in Oxford. “I said, ‘Is (today) going to be crazy?’ And they’re like, ‘Dude, just wait.’ I was curious myself, so I went on YouTube and looked when they’ve hosted regionals and that was pretty crazy. I’m definitely excited. I told myself Monday I don’t even want to practice. I just want to go straight to the game. I’m that excited.”

After learning of their postseason fate last year, it was a quick turnaround before loading up and heading out west. This year, the rush of traveling and making sure everything is packed and ready to go did not exist as players could stay at home and have a 5- to 10-minute commute to Swayze Field, which makes the approach to a regional that much easier.

“It’s nice. It was a little difficult going out to L.A.” shortstop Errol Robinson said. “A different setting. Different type of baseball out on the West Coast, but we’re comfortable here. This is our stadium and our fans. It’s really the best opportunity for us this year.”

Staying at home is nice, but now the week is up and Ole Miss must turn its attention to the field and their first opponent of the regional in No. 4-seeded Utah (25-27), the PAC-12 champion. The Utes will send to the mound ace Jayson Rose, who has worked more than 100 innings and threw 110-plus pitches his last outing.

“Rose is terrific and seems to have beaten just about everybody in the PAC-12,” Ole Miss coach Mike Bianco said. “To win a conference like that, or any conference, you need an ace like that. Offensively, they’re an older group. Everyone I talked to talked about how what a mature lineup they are and how they compete all nine innings.”

Lartigue cleared
Bianco   announced Thursday morning after practice that catcher Henri Lartigue was cleared to participate in baseball activities again and is “full go” for this weekend. Lartigue was taken out of last week’s Southeastern Conference tournament semifinal game against Texas A&M after suffering a mild concussion in Hoover, Alabama. He cleared the concussion protocol on Sunday when the team returned to Oxford.

OXFORD REGIONAL: Gambino, BC ready for atmosphere at Swayze…