What to do with old BMH building? 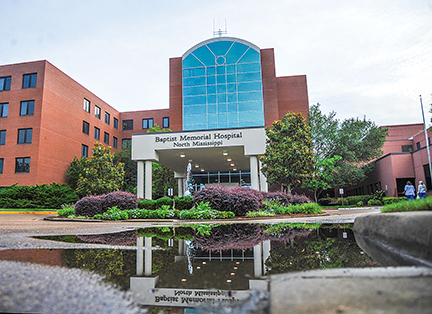 Just a few weeks ago, Baptist Memorial Hospital-North Mississippi held a “topping off” ceremony that marked a major milestone in the construction of the new hospital that’s set to open in November 2017.

That gives hospital officials about 18 months to sell the current hospital location. However, they want the community and local government leaders to have input on the types of uses that would make a good fit for the surrounding area.

At 6 p.m. Monday at the Oxford Conference Center, a public hearing will be held by Baptist to obtain community input regarding the disposition and possible uses for the current hospital.

Those with opinions or suggestions should make sure to clear their schedule for the meeting since it will probably be the only public hearing held for this purpose, according to hospital administrator and CEO Bill Henning.

“Part of that agreement contained certain requirements regarding the disposal of the current facility,” Henning said. “One of those requirements was to form an advisory committee and one of their requirements would be to hold a public hearing to gain input from the community.”

The six-person committee consists of representatives from the city, county and Baptist.

“The information gathered at the meeting will be included in the committee’s final report,” Henning said. “This is the only public hearing we have planned for this purpose. It’s a chance to listen to the community.”

Being 18 months away from moving out of the current hospital, Henning said the hospital isn’t rushing into a decision.

“We’re in the very early stages,” he said. “We won’t have any real need for the building itself. We want to find an appropriate use for the building and site, and be mindful of the city and county’s needs — their zoning, planning and economic development — and find a use that meets all those needs.”

The current hospital site sits on 13 acres; however, it’s landlocked on all sides, which was a major reason for Baptist wanting to build a new hospital — to give them some more growing room as the community’s population continues to grow.

The new facility is five stories high and about 602,000 square feet on a 150-acre campus with 217 beds, with the capacity to expand to about 290 beds. The patient rooms will be larger and the emergency room and intensive care units will have more beds than the current facility.

Baptist is also building a medical complex next to the new hospital that’s located on Belk Boulevard Extended.