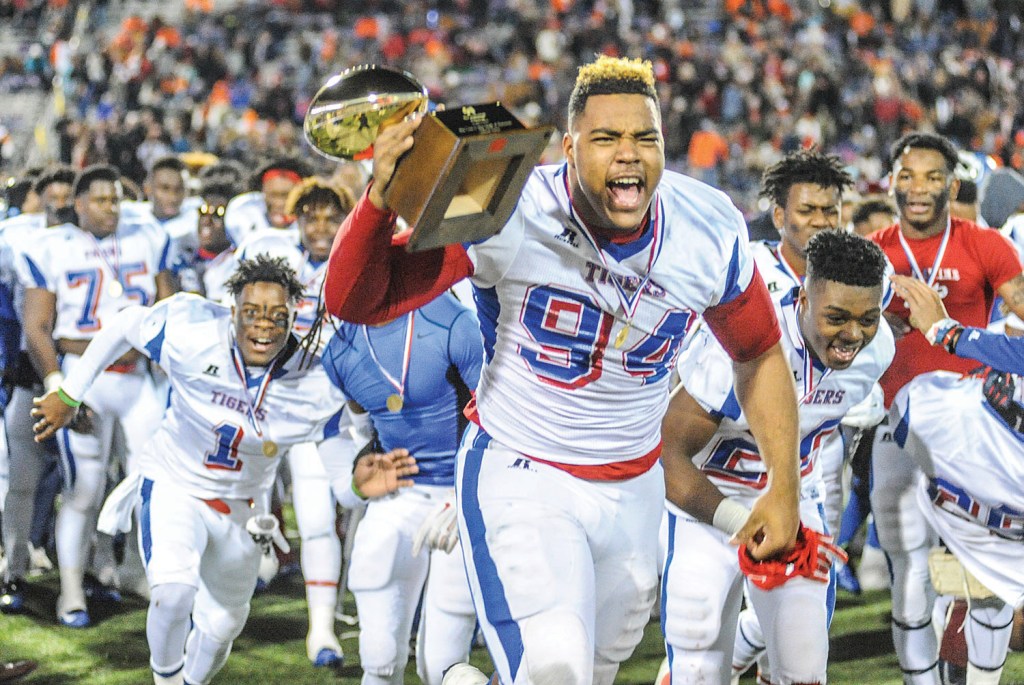 Recent events surrounding Mississippi State football signee Jeffery Simmons (pictured) and the Baylor football program are just the latest examples of schools making the unfathomable decision to put winning ahead of any real concern for victims of abuse. (Bruce Newman)

It’s not surprising, but it doesn’t make this feeling of déjà vu concerning major college athletics any easier to stomach.

First Penn State. Now Baylor and Mississippi State. And Louisville needs to be thrown in here, too, since head men’s basketball coach Rick Pitino still has his job despite one of his former grad assistants arranging for recruits to have sex with prostitutes on campus during visits.

Almost four years since former Penn State assistant football coach Jerry Sandusky was put away for life after decades of molesting children, a case that uncovered a cover-up by the late Joe Paterno and other school administrators, Baylor’s football program is at the center of a rape scandal that’s resulted in the firing of coach Art Briles, the resignation of athletic director Ian McCaw and the demotion of university president Ken Starr after the school all but ignored claims of sexual assault against players.

Mississippi State didn’t turn a blind eye to sex crimes, but it apparently learned nothing from Baylor’s lack of sympathy. The school is allowing five-star football signee Jeffery Simmons to enroll while he faces misdemeanor assault charges after a video surfaced this spring of all 6-foot-4 and 274 pounds of him repeatedly punching a woman half his size in the face while standing over her during a fight.

Don’t think Simmons should have been admitted in the first place? Fine. But the most alarming thing here is school officials watched that video and thought a measly one-game suspension against mighty South Alabama and counseling was fitting punishment for their prized recruit.

Because schools don’t want to risk losing coaches who are winning, and those coaches need talented players like Simmons to help them keep winning a bunch of games and in turn make their schools a bunch of money.

Because winning is what really matters, right?

You’re naïve if you think these kinds of things are only happening at Baylor and Mississippi State. Just about every house in the neighborhood of college sports is made of glass, and countless rosters, including lots in the SEC, feature signees or castoffs from other programs that are being given a second — or third — chance (which is why I won’t criticize Mississippi State for ultimately letting Simmons enroll).

But these are the latest examples of schools doing an egregious disservice to actual victims.

The conferences and the NCAA could step in and hand down some real punishment. How about a coach that ignores substantiated rape claims never being allowed to coach again at the Division I level? How about a season-long suspension for a player who’s thrown double fists on a woman if you’re going to let him play for your school?

But that’s passing blame and missing the point.

Human beings in the highest positions of leadership at these schools are either being told about other human beings being assaulted or seeing it for themselves, and yet little to nothing is done. In Baylor’s case, administrators tried to talk some victims into not reporting the rape and actually retaliated against one for reporting the assault, according to the results of an investigation released by the school.

My God. Where are these people’s moral compasses? Their human decency? Their common sense?

Oh, that’s right. Let’s make sure we keep these players on the field to win games so we can make a few extra bucks first and maybe worry about the victims later.

It’s a disgrace that some of these so-called leaders continue to have the two out of order, and it’s got to stop.

I’m sure there are a lot of schools that handle these kinds of situations the right way, but just one instance is too many. Failing on the field pales in comparison to the systematic failure within a school’s leadership to do right by the victims.

Maybe one day all these schools will figure out that’s who matters most.