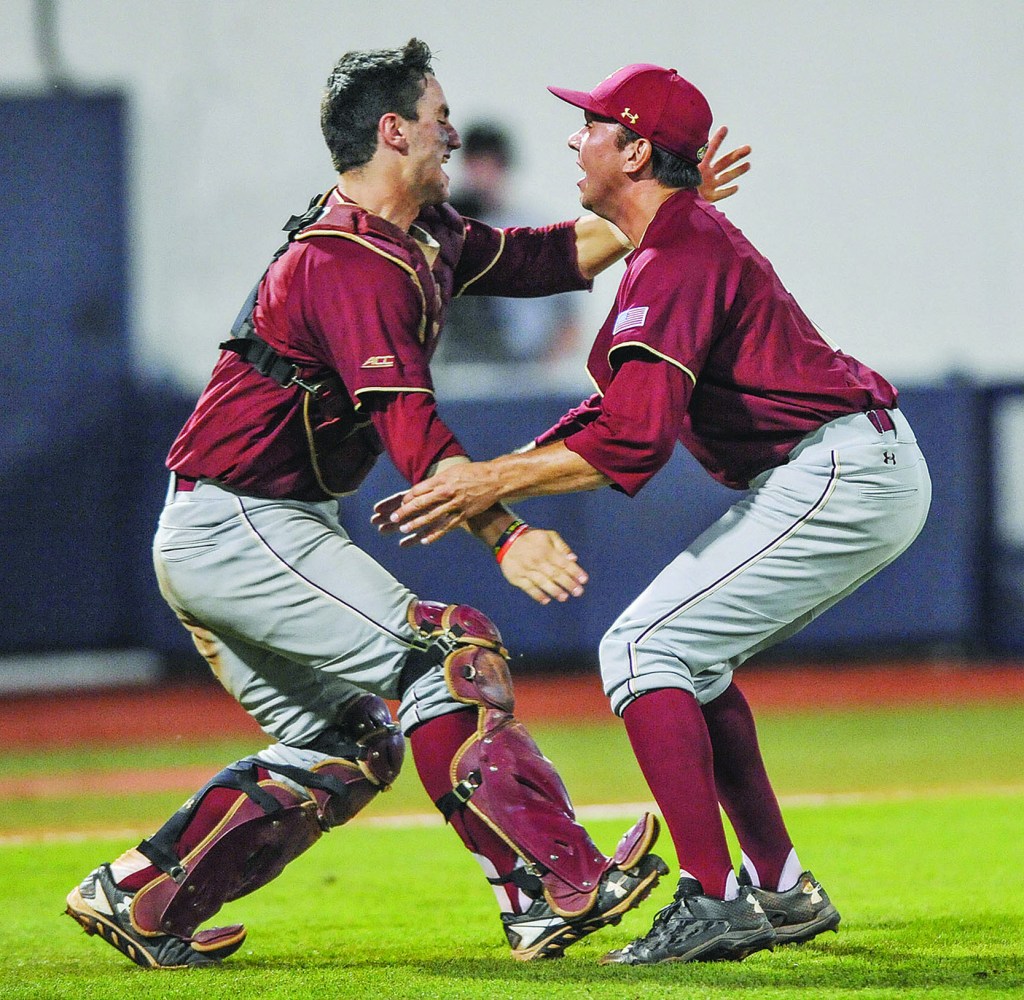 The Eagles are soaring right down to South Beach.

No. 3-seeded Boston College ran the gauntlet of what was widely considered the toughest regional and went 3-0 to claim the Oxford Regional title after defeating No. 2 seed Tulane 6-3 in the first game of the championship round Sunday at Oxford-University Stadium.

The Eagles’ reward is a trip to Coral Gables, Florida, this weekend to take on No. 3 national seed Miami in the Super Regional round of the NCAA baseball tournament. It is the first time in program history Boston College has made it to a Super Regional.

Tulane worked its way to Sunday’s final after maneuvering through the loser’s bracket with wins over host team and No. 1 seed Ole Miss on Saturday in the first elimination game of the regional then against No. 4 seed Utah in their second elimination game Sunday afternoon.

“It’s amazing,” Boston College catcher Nick Sciortino said. “Basically nobody believes in us, but we have each other and the coaching staff. It’s been a ride, and it’s been a great time. We’ve played well and played hard. How we play baseball.”

Boston College (34-20) used three runs in the sixth inning for a comeback win over Utah in Saturday’s winner’s bracket, but it did not have to worry about a rally on Sunday. The bats came alive early for the Eagles as they scored three runs in the top of the second for a quick lead over Tulane (41-21).

Shortstop Johnny Adams hit an RBI double to left-center, plating third baseman Joe Cronin and right fielder Donovan Casey. First baseman Mitch Bigras followed with an RBI single that scored Adams later in the frame. Adams was very productive for the Eagles in the seven hole Sunday, going 4-for-4 with three doubles and three RBIs on his way to earning Most Outstanding Player honors for the regional.

“We talk about it all the time offensively, just to keep things simple at the plate,” Adams said. “I was honestly just looking for a pitch in my zone, and it happened to be fastballs every at-bat. I did my best to just hit it hard.”

Tulane did not fold though as it cut the deficit down to two runs in the next half inning as left fielder Richard Carthon hit a sacrifice fly to score first baseman Hunter Williams. That and a run in the fourth inning was all Boston College starter Jacob Stevens allowed. The right-hander worked four innings while giving up both runs off four hits. Stevens walked two Green Wave batters and struck out one.

“(Tulane) has a bunch of guys who can change the score with any swing,” Boston College coach Mike Gambino said. “We knew this was going to be a tough matchup, but we’ve seen Stevens do that all year long. … He was on the edge a little bit a couple times today, but the kid is so poised and worked himself out of trouble a couple of times. What more can you ask for from a freshman?”

Tulane tried to make things interesting in the eighth when it had the bases loaded and only one out and down only three runs, but Eagles reliever Bobby Skogsbergh induced an inning-ending double play to get out of the jam. It was Boston College’s second momentum-saving double play after getting out of the fifth inning with two on and one out to preserve the 6-2 lead at the time.

“To get the double play and to get out of the innings both times was awesome,” Boston College third baseman Joe Cronin said. “Bobby did a great job in the seventh to get that double play. We’ve been doing it all year. All year we’ve gotten that ground ball when we’ve needed it, and they’ve been flawless up the middle turning it.”

On the flip side, the Tulane pitching staff struggled in its second game of the day as starter J.P. France could not make it past the third inning as the regular midweek ace was knocked around for five runs, only two of them earned, off six hits. He struck out three and did not issue a free pass.

From there, Tulane used six pitchers out of the bullpen to close out the game and its season.