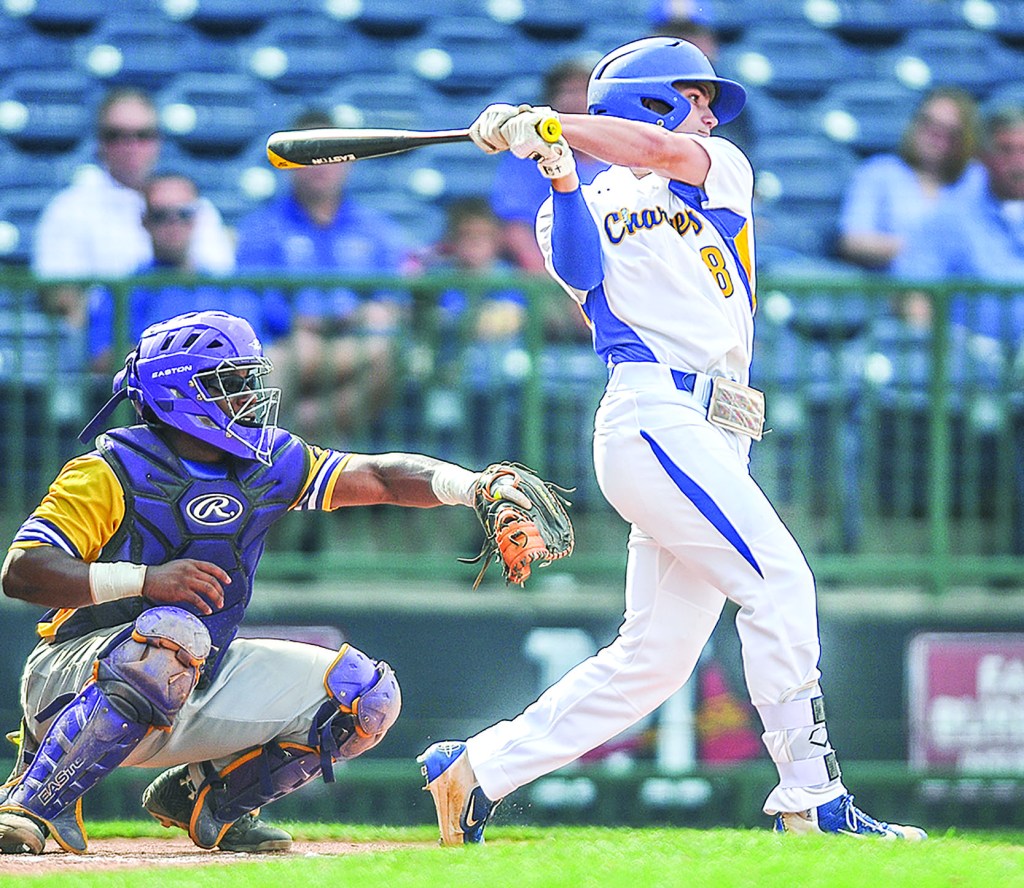 Playing at Trustmark Park in Pearl provided Oxford’s Sage Mullins a second consecutive state championship. It also may have provided him the opportunity to continue playing baseball at the next level.

“We talked a lot,” Mullins said of his discussions with Holmes. “Then Blue Mountain offered me and then the next day I went to Holmes and they offered me. The Holmes program seemed more fitting for me. (Holmes) had the opportunity to play earlier.”

Holmes was a late entry into recruiting Mullins as the school started talking to him with only a couple months left in his high school career at Oxford.

Oxford assistant coach Chase Goolsby ran into Holmes’ coaches while they were waiting to play their game at Trustmark Park, and Mullins popped up in conversation. Then Mullins hit a triple and performed well in both games, and the rest is history.

Mullins batted .272 with 12 runs batted in and two doubles during his senior season at Oxford, where he started and played all 36 games. During his four games in the Chargers’ last two state title series, he went 7-for-10 (.700) with one RBI.

After spending most of his high school career in left field, Mullins said Holmes might move him over to center field, which is something he is not completely unfamiliar with. Of the six outfielders listed on

Holmes’ roster from this past season, three of them will not be there next year due to graduation.
“They needed some outfielders,” Mullins said. “They mentioned center field, but mostly I’ll stay in the outfield. I played center all last summer. It’s a lot more ground to cover than (left field). I’ll just have to get better jumps and move on balls.”

While there is not any four-year school currently looking at him, Mullins would like the next two years to be an audition and find his way onto a roster somewhere after his time at Holmes is up.