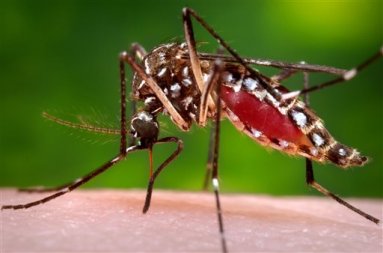 In trying to prevent West Nile disease, many cities including Oxford, spray public areas to eradicate the mosquitoes that spread the disease. Those mosquitoes generally feed in the evening hours and that’s when it’s best to spray the insecticide to break the breeding cycle when there aren’t many people around.

However, the Aedes mosquito that carries the Zika virus feeds during the day, which creates a conundrum for local governments since public places are generally populated during the daytime hours.

On Tuesday, the Oxford Board of Aldermen gave emergency management coordinator and health official Jimmy Allgood the go-ahead to start spraying Oxford’s parks during the day, for one hour, once every two weeks.

“However, all the cases are travel-associated and not contracted

within the United States,” Allgood told the aldermen.

The Aedes mosquito does exist in the United States, however, and the best way to keep people from becoming affected is to keep down the population of the mosquitoes that carry it.

“We spray every two weeks for mosquitoes, but the kind that carries Zika feeds during the day,” Allgood explained. “I’d like to block out an hour on every other Friday to spray during the morning.”

Allgood suggested spraying at about 8 or 9 a.m. Spraying earlier, just after sunrise, isn’t the best time, according to Allgood, since many people run or walk in the parks before going to work, or to avoid the hotter temperatures later in the day.

Alderman Robyn Tannehill suggested spraying later in the day when people are at work and during the heat of the day; however, Alderman Janice Antonow said many summer camps use the parks during the day.

Allgood said he would talk to the Oxford Park Commission and come up with the best time to spray when the least amount of people are at the parks.

“We will make sure the public knows those times,” he said. “We’ll put it in the newspaper and post signs.”

Mayor Pat Patterson said the city has received some criticism in the past for spraying for mosquitoes.

“I don’t think we have much of a choice here,” he said. “It’s going to get worse before it gets better.”

Allgood said he is using the safest insecticide available to spray for all mosquitoes.

According to the Center for Disease Control and Prevention, the most common symptoms of Zika are fever, rash, joint pain, and conjunctivitis – or red eyes. The illness is usually mild with symptoms lasting for several days to a week after being bitten by an infected mosquito.

People usually don’t get sick enough to go to the doctor so many people may not realize they have been infected, which could allow for unreported cases.

While the virus is fairly mild for most people, the Zika virus infection during pregnancy can cause a serious birth defect called microcephaly, as well as other severe fetal brain defects.

“Zika virus will likely continue to spread to new areas,” states the CDC on its website.