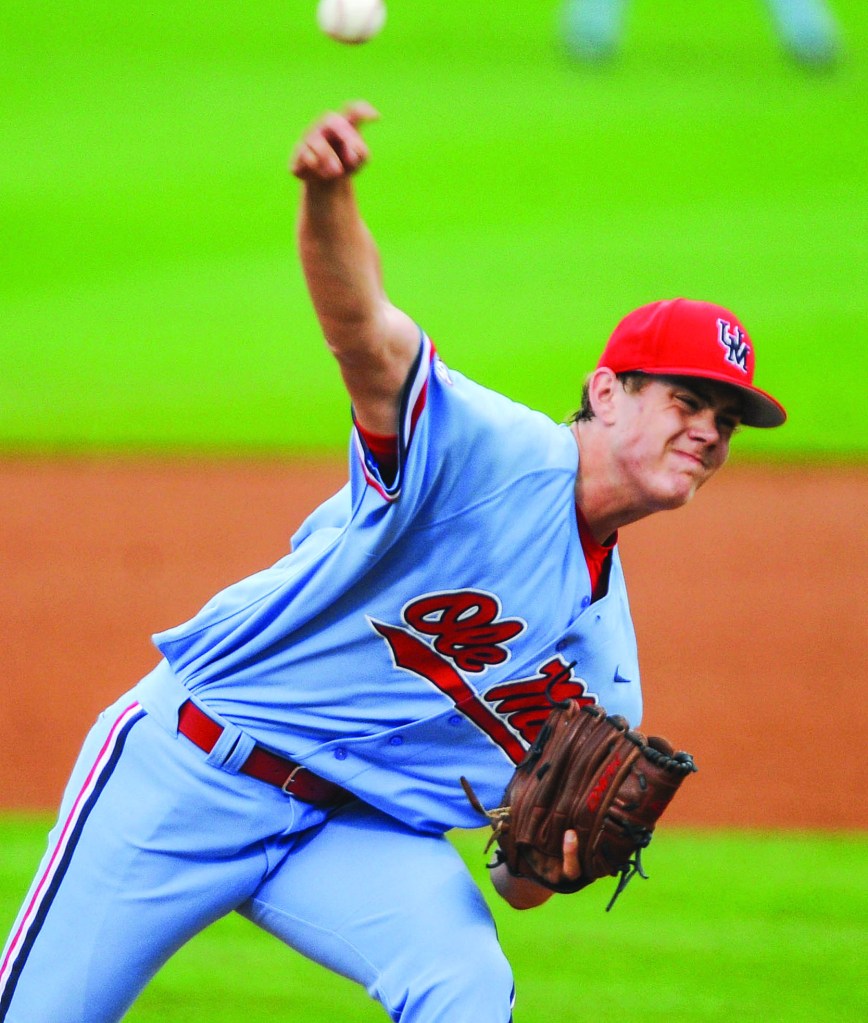 James McArthur was among a group of three Ole Miss freshman pitchers tabbed as All-Americans by Louisville Slugger on Wednesday. (Bruce Newman)

Coming off Tommy John surgery, Feigl had a tremendous debut season out of the Ole Miss bullpen. For most of the year, he was the first reliever called upon by head coach Mike Bianco. The Chesterfield, Missouri native went 4-0 with a 3.76 ERA in 26 relief appearances, the second-most outings on the team and the most by a freshman. Three of his four victories occurred in SEC play, including a pair of comeback wins over Auburn (April 24) and Kentucky (14) that completed weekend sweeps.  In 40.2 innings of work, Feigl recorded 39 strikeouts to rank second among Rebel relievers.

Another Rebel bouncing back from injury, McArthur dazzled throughout the year. The tall right hander spent time as a midweek starter before transitioning to the weekend rotation towards the end of the season. He also made three appearances out of the bullpen. The New Braunfels, Texas native pitched 61.1 innings over 15 outings (12 starts), compiling a record of 6-1 with 61 strikeouts.

Once he found his stride and comfort on the mound following a broken foot in the offseason, McArthur had a stretch of seven outings where he piled up five wins with a 1.62 ERA. Between a midweek start at Memphis (April 19) and a long relief appearance versus Auburn (April 24), he tossed 11.2 scoreless innings to earn SEC Freshman of the Week accolades.

Pagnozzi is no stranger to earning Louisville Slugger All-American honors. In 2015, Baseball America tabbed the Fayetteville, Arkansas native as a First Team Louisville Slugger High School All-American. As a freshman at Ole Miss, Pagnozzi tied for the team lead in victories, going 8-2 with a 3.31 ERA in 22 appearances.