UP FOR SELECTION: Woodman, Robinson among Rebels awaiting MLB Draft 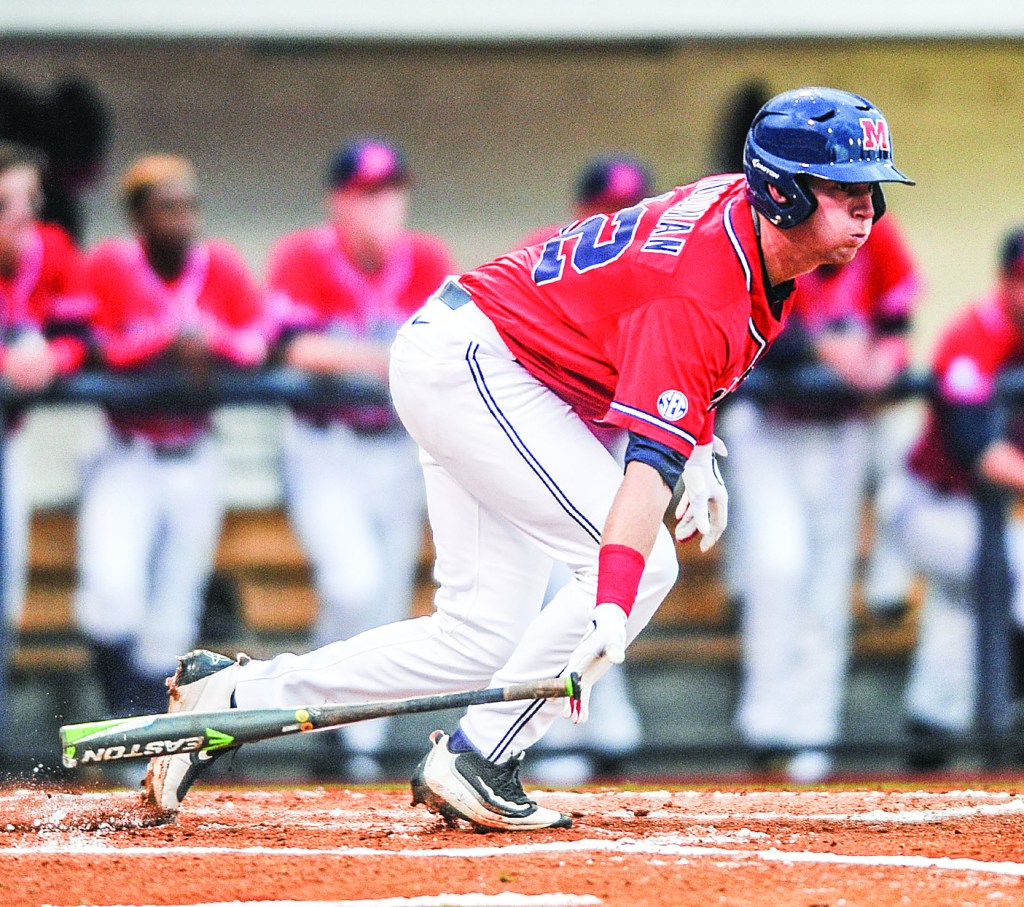 When the season began in February, it was widely believed Ole Miss shortstop Errol Robinson would hear his name called in this week’s Major League Baseball Draft.  The first and second rounds are tonight with Friday and Saturday holding the bulk of the action, which is where Ole Miss will more than likely see its players selected.

Robinson will more than likely still be drafted and move on to reach his dream of becoming a professional baseball player, but it might not happen as quickly as he once felt or was projected by national pundits.

The junior was tabbed as the top player at the shortstop position by MLB scouts during the preseason. Robinson received other accolades as well and was primed to be one of the Rebels’ key contributors.

“I’m really proud of (Robinson),” Ole Miss coach Mike Bianco said. “We all know who’ve watched him for three years what kind of player he is. I think his offense is underrated. … I’ve watched this college game as long as I’ve been in it and you watch the juniors and sometimes they don’t have that year. It’s easy to point out, ‘Well, he’s worried about the draft or he’s worried about this.’ Errol never hid. I think he played as hard his junior year as he’s ever played.”

The first part of the season was not Robinson’s best as his bat was as cold as some of the early season games and his defense not always solid.

Robinson turned things around the second half of the season and finished with a .270 batting average and 36 runs batted in, which was good for middle of the pack amongst the Rebels’ regular starters. He also hit one home run and had 15 extra base hits. In the last month of the season, Robinson finished with a couple of five- and four-hit games and thrived at the top of the lineup.

“He’s a tough one because he didn’t have the best year offensively,” Jim Callis, senior writer for MLB.com and MLBPipline.com, said of Robinson’s draft projection. “Honestly, most of the scouts I talked to were not huge fans of his.”

Callis, who scouts Mississippi prospects for the draft, said they did not have Robinson listed in their top 200 prospects but did note that a player getting drafted did not reflect a consensus opinion of all 30 ball clubs but more about one club liking him the most. He projected Robinson might see his name flash across the screen during rounds 4-6.

Woodman ups his stock
Many felt Robinson would be the top pick off the current Rebel roster, but after the year center fielder J.B. Woodman had, that mantle could be in jeopardy.

Woodman, also a junior, became one of Ole Miss’ key weapons at the plate, finishing with a .323 batting average and a team-best in RBIs (55) as well as home runs (14).

“I would have thought coming into the year that Errol would have been the top pick (for Ole Miss),” Callis said. “But I don’t think there’s any question now that it’s going to be J.B. Woodman. … I think J.B. is going to go in the top three rounds, maybe even the second round.”

Woodman was not only a threat at the plate, but his presence in center field helped him become one of the top defensive threats in the country. He had nine assists and had some signature moments throwing would-be runs out at home on multiple occasions, including twice during the LSU series.

“When he had that power surge, it really helped (Woodman’s) case,” Callis said. “And now you feel like he might hit for power in the big leagues regularly.”

Other Ole Miss position players who could be selected before the weekend is over are catcher Henri Lartigue, third baseman Colby Bortles, second baseman Tate Blackman, outfielder Cameron Dishon and Holt Perdzock.