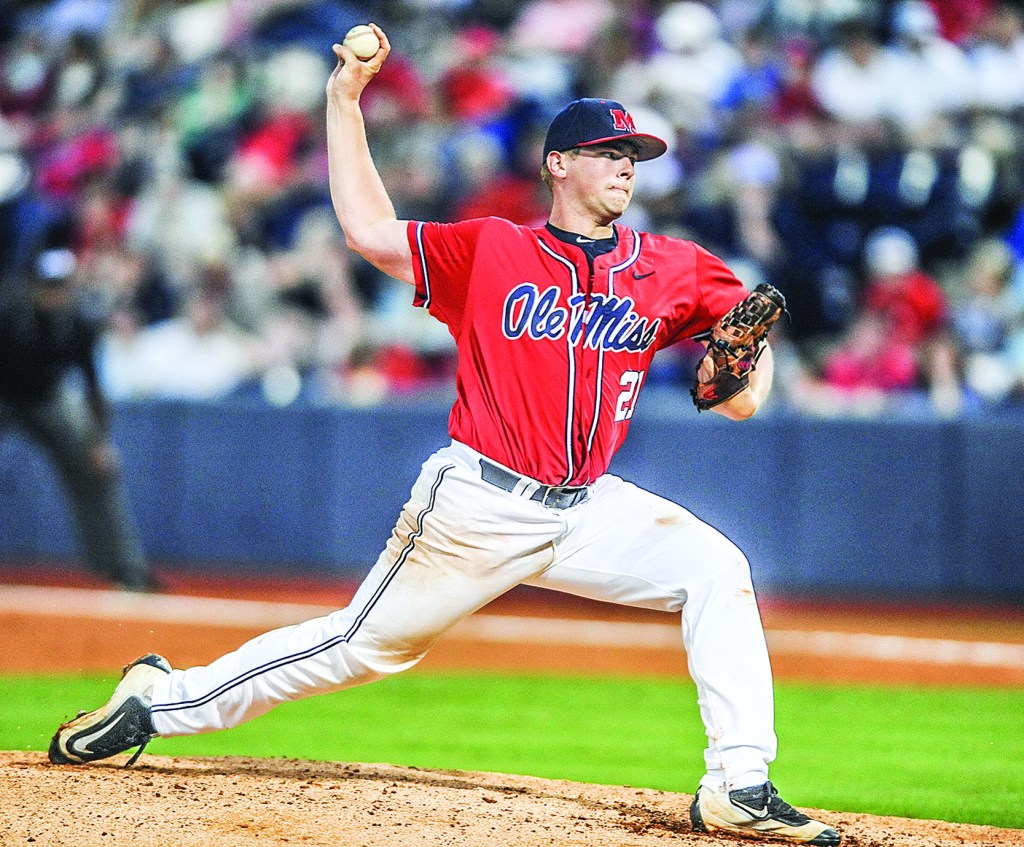 Brady Bramlett has balanced academics and athletics during his four years at Ole Miss, which has opened a wealth of opportunities for the redshirt junior. (Bruce Newman)

Last year, Brady Bramlett had two decisions to make: either stay in school and become the ace of the Ole Miss pitching staff or leave to pursue a career in Major League Baseball where he was drafted in the 22nd round by the Oakland Athletics.

He opted for the former and was the Rebels’ Friday night starter during the 2016 season.

This summer, the redshirt junior has many more avenues to take his career than most collegiate baseball players have.

Bramlett graduated in May with a degree in biological science, which already means he does not have to return to school. If he wants to go to a graduate program, it necessarily doesn’t have to be back at Ole Miss. A master’s degree would do nothing but help as Bramlett has publicly stated that one of his professional goals is to become commissioner of the Southeastern Conference if that option becomes available.

The academic/administration route is the more popular choice when people choose to predict the professional trajectory Bramlett may choose with all of his non-athletic involvements. Every summer during SEC baseball tournament week, Bramlett heads to Destin, Florida where he speaks during the SEC spring meetings. He serves as the vice-chair, where he represents the SEC as well, of the NCAA National Student-Athlete Advisory Committee.

If Bramlett decides to stay in school, Ole Miss would be at the top of his list as he could still provide pitching depth on a staff that could use some stability, even with many freshmen gaining experience on the mound this year.

“It’s something I haven’t really thought a lot about,” Bramlett said during last week’s NCAA Tournament selection show. “The decision I make is going to be one that’s going to help me in the pursuit of my dreams whether that’d be to play professional baseball or to be an athletics director or commissioner of the SEC. To where I can just be the best person I can be in whatever area of life that happens to be.”

In terms of his production on the baseball field and his potential stock for this weekend’s draft, which continues today and Saturday, it’s unclear where the right-hander could end up. During his 2015 campaign, Bramlett went 7-4 and posted a 3.73 earned run average. He recorded 83 strikeouts, walked 21 batters and gave up 79 hits to opponents.

This year the productivity was improved marginally. Bramlett lowered his ERA by nearly six tenths of a point to 3.17 and earned one more win than 2015 (8-3). He worked two innings less than last season, throwing 82 1/3 innings. The hits were identical but the strikeouts rose to 96, and he gave up four less home runs (6).

MLB.com and MLBPipeline.com senior writer Jim Callis said Bramlett has been on his radar and talks with scouts have been minimal, but that does not reflect if he will go higher or lower than his 2015 selection.

Bramlett is not the only potential pitcher the Rebels could lose this weekend. Closer Wyatt Short could see his name come off the board during Saturday’s day three of the draft. The junior was a key piece of the bullpen as the left-hander had an ERA of 2.90 and earned 11 saves in 40 1/3 innings of work. Short also started his first career game this season.

Newcomer Chad Smith may have seen his last days at Swayze Field as the junior college transfer is another potential draft pick. Smith was in and out of the weekend rotation, posting a 4.22 ERA and a 4-4 record during his first year with the Rebels.