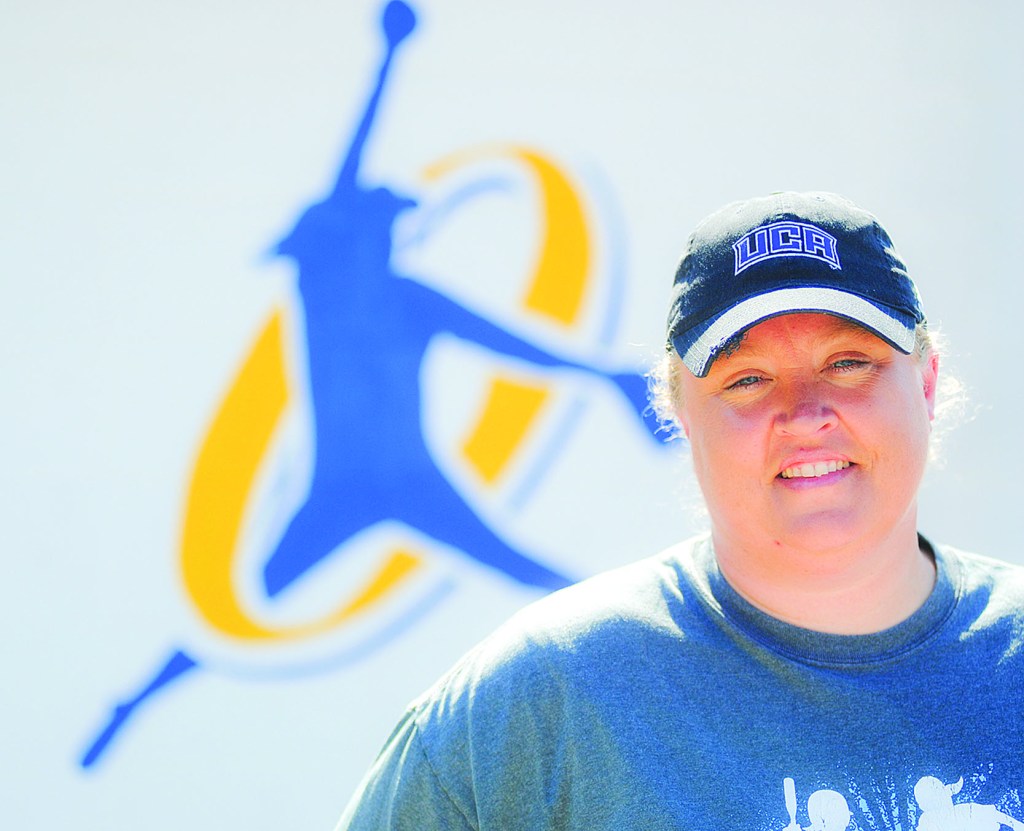 As Oxford’s new softball coach, Tabitha Beard sees the potential for a lot more winning than the Chargers have done in recent years. (Bruce Newman)

Since taking over as Oxford’s softball coach last month, Beard has made a couple of things clear to the group of players she’s inherited: Work hard, play harder. And if everything goes according to plan, it will result in more consistent winning for a program that hasn’t experienced a lot of it in recent years.

Beard has been a part of greatness in the past.

Following the late Cary Shepherd as the head slow- and fast-pitch softball coaches at New Hope, Beard, a 1997 graduate of New Hope, led the Trojans to five straight slow-pitch state titles from 2007-11 and the fast-pitch team to the MHSAA Class 5A state championship series in 2012.

After spending nine years as the slow-pitch coach and 10 years coaching fast-pitch at her alma mater, Beard said she got to where she “needed a break” and resigned after the 2014 season before serving as an assistant under Dana Rhea at Tupelo last year.

Once Steve Blackmon resigned after his fourth season at the helm, Beard had talks with Oxford but admitted she may not be here if not for an opportunity for her sister, Rachel Daniels, to join her. Daniels, who’s coached travel ball in Arkansas, will be Beard’s assistant, marking the first time the siblings have ever coached together.

“It’s been our dream since she was little and we were younger playing college ball to coach together,” Beard said.

But equally as appealing for Beard was the opportunity she believes she has to make softball just as successful as many of the Chargers’ other programs even if past results haven’t offered much to support that notion. Despite a couple of playoff appearances, Oxford never had a winning season during Blackmon’s tenure.

With no shortage of prospective players in a large school district, Beard said Oxford has the numbers to change that with a little enthusiasm.

“(My sister and I) both have such a passion for the game and such a passion for the sport that when you look at a town like Oxford that has great athletes and then you have somebody like Ole Miss right in your back door that’s doing amazing things with the program, it’s something for a community to embrace and get enthusiastic behind softball,” Beard said. “I feel that’s what we’re trying to do here and we’re going to do here. That’s our goal is to really get this rallied behind and to get a town behind softball like they are the other sports. We have some great athletic programs here.”

Establishing an identity
But Beard knows her team will have to do its part to generate real local interest in the sport, which starts with a blue-collar approach Beard feels may have been missing from the Chargers’ program.

“We go 100 percent all the time,” she said. “That’s the biggest and most immediate change I want everyone to see. That team doesn’t quit. That’s what I want to hear. They might’ve gotten beat, they might’ve been ahead, but at the end of the day, they were busting their tails. That’s how we play the game.”

It’s one of the first steps, Beard said, toward seeing different results on the scoreboard than what Oxford has been used to.

“If you respect the game and give it what it needs and you play it right, great things are going to happen,” Beard said.