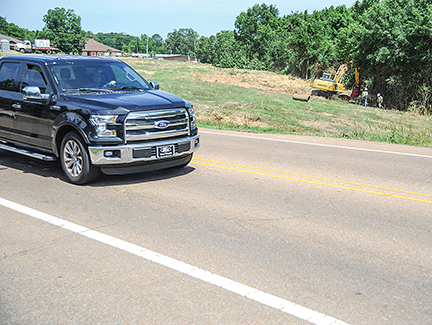 Work has begun clearing the area near Price Street so the road may be relocated.

Construction workers will soon be digging in the trash on Price Street as work begins on the relocation of the road.

The property just to the north of Price Street where the road is being moved was once the city’s dump, which was leveled and covered with sod more than 20 years ago. All of the garbage lying under the ground needs to be removed before the road can be moved.

Once the project is completed, Price Street will veer to the right just past the old rail trail and connect with Molly Barr Road further north, closer to the where the Oxford City Shop is located. The reason for moving the road is to give the Oxford Activity Center more growing room and create more room for possible expansions and parking.

The garbage will be dug up by Prairie Construction of Tupelo, which will also be moving the road. The entire project will cost the city about $1.2 million.

“The work is scheduled to be complete around the end of December,” she said recently.

The existing traffic signal will be relocated once the road has been moved to the new intersection.

“We are coordinating the timing of the roadway and signal construction,” Mayoral said.

The current Price Street is expected to remain open during construction of the new road.

“There may be lane closures when we connect the new road to the old road,” Mayoral said.

Across town on University Avenue, the city will be replacing the sewer main between 11th Street and 9th Street this summer, which will cause some short-tern road closures and detours associated with the project, according to Mayoral.

The city is planning to have the work done before the fall school semester begins in August.