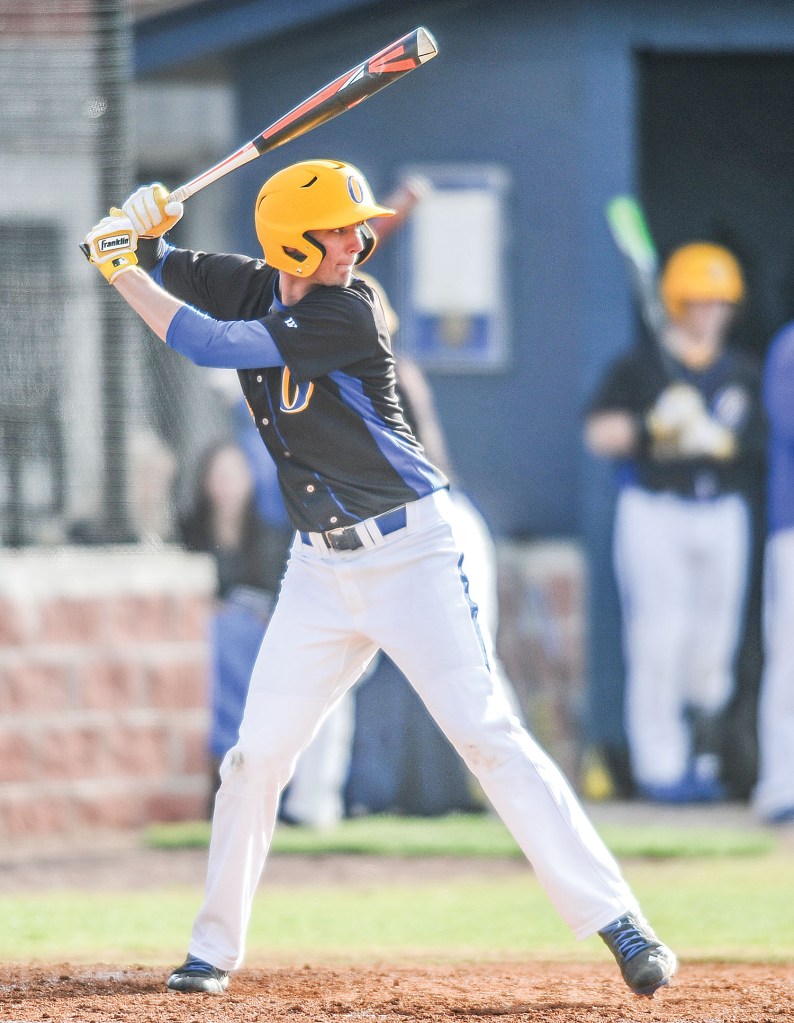 Oxford’s Grae Kessinger was taken by the San Diego Padres in the 26th round of the Major League Baseball First-Year Player Draft on Saturday, but the shortstop will follow in his family’s footsteps and play at Ole Miss. (Bruce Newman)

Grae Kessinger and Thomas Dillard will be roommates at Ole Miss after all.

Kessinger was selected Saturday in the Major League Baseball First-Year Player Draft, but Oxford High’s shortstop will put his professional career on hold and join Dillard and fellow teammates Jason Barber and Houston Roth at Ole Miss for at least three more years.

“At some point, I realized that teams just weren’t going to have the money to give me what I wanted,” Kessinger said. “That’s when I knew I was going (to Ole Miss).”

Kessinger was taken by the San Diego Padres in the 26th round with the 774th overall pick, becoming the first Oxford player to be drafted out of high school since Brad Freeman in 1994, but it wasn’t nearly high enough as signability became an issue.

Widely projected to be taken in the top 10 rounds before the draft started, Kessinger said it was “about the fourth round” on Friday when he stopped watching the draft and called Ole Miss’ coaches to let them know of his decision once it became clear the rounds in which interested teams were talking about taking him did not match the amount of money he was seeking for a signing bonus. Each pick in the first 10 rounds comes with an assigned value in descending amount starting with the No. 1 overall selection, which is valued at $9,015,000, according to MLB.com.

“I called all the Ole Miss coaches and said, ‘Hey, I’m excited to be there. I can’t wait to get there this summer and start the process of winning a national championship,’” Kessinger said.

The 6-foot-2, 180-pound Kessinger, a lifelong fan who verbally committed to the Rebels as a sophomore, is perfectly content with taking the college route to pursue his dream of a professional career. The Under Armour All-American will be the third generation in his family to play at Ole Miss after his grandfather, Don, his uncle, Keith, and his father, Kevin, did the same.

“Just getting to be a part of a really special atmosphere is something I’m super excited about,” Kessinger said. “I had somebody who told me that they went to Swayze (Field) for the first time and they see why I’d want to go play there. It’s just a special place, and we’re going to be really good. Of course, it’s always exciting knowing that the family played there.”

Dillard was also an early-round projection, but the Chargers’ switch-hitting catcher wasn’t drafted once teams knew they wouldn’t be able to sign him.

Dillard also declined to reveal the amount it would take to buy him out of college, but the 6-foot, 220-pounder said he figured he was headed to school once it became clear with teams talking to his adviser in the days leading up to the draft that he likely wouldn’t be taken early enough for teams to meet his financial demands.

“(Grae and I) basically live with each other now, so living in the same room is going to be a little bit different,” Dillard said. “But it’s going to be some exciting times.

“I couldn’t be happier to be a Rebel now.”

Ole Miss junior shortstop Errol Robinson and catcher Henri Lartigue, another junior, could forgo their final seasons of eligibility after being selected in the sixth and seventh rounds, respectively, meaning Dillard and Kessinger could have the opportunity to compete for a starting job immediately.

Dillard led Oxford with a .438 average this season and leads all high school players with 16 home runs. Kessinger hit .310 and committed just three errors as the Chargers’ everyday shortstop.

“Whatever I can do my first year,” Dillard said. “I think I’m just excited to get in Oxford and hopefully play in front of the best fans in the world. Swayze is just a crazy atmosphere, so playing those games there is going to be crazy.”

Dillard and Kessinger will begin classes at Ole Miss next month.