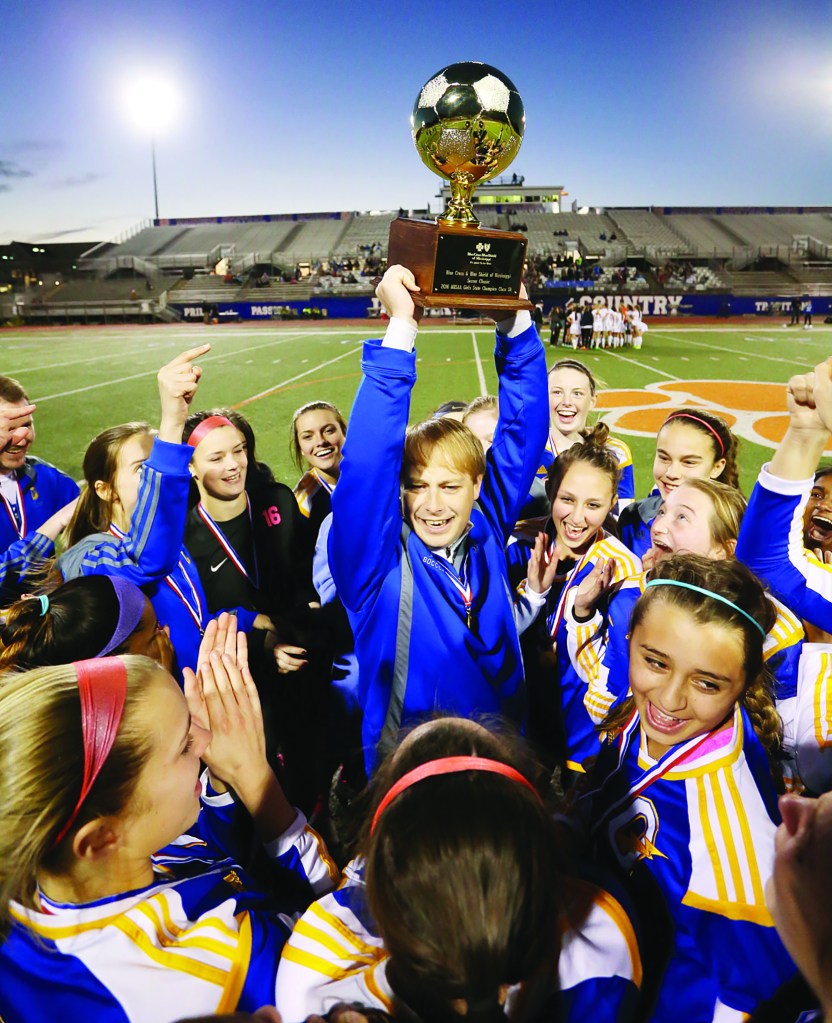 Oxford girls soccer coach Hunter Crane hoists the Class 5A championship trophy following the Chargers’ win over West Harrison in February. It was one of six state titles for the school this past season. (Keith Warren/MHSAA)

Another school year is in the books — and another athletic season where Oxford dominated Class 5A in Mississippi.

With multiple state championships and runner-up finishes, it was good enough to earn the Chargers the Class 5A All-Sports Award given annually by the Jackson Clarion-Ledger.

Oxford won the award for the second straight year with a total of 359 points. It was the largest margin of victory out of all six classifications, besting Germantown by 137 points (222).

Clinching six state championships, tying Madison Central for  the most in the 2015-16 school year, helped the Chargers gain a large lead and coast to the award.

It was a banner year for Oxford athletics as the girls soccer title was the first-ever in program history, and it was the first time both track teams clinched a state championship in the same year. Baseball’s state title last month in Pearl was the second championship in as many seasons.

The Chargers finished second in four sports, including football, where they were runners-up for the third straight year. They scored in 17 sports total.

The Clarion-Ledger has decided an all-sports champion in each Mississippi High School Activities Association classification for the past 29 years.