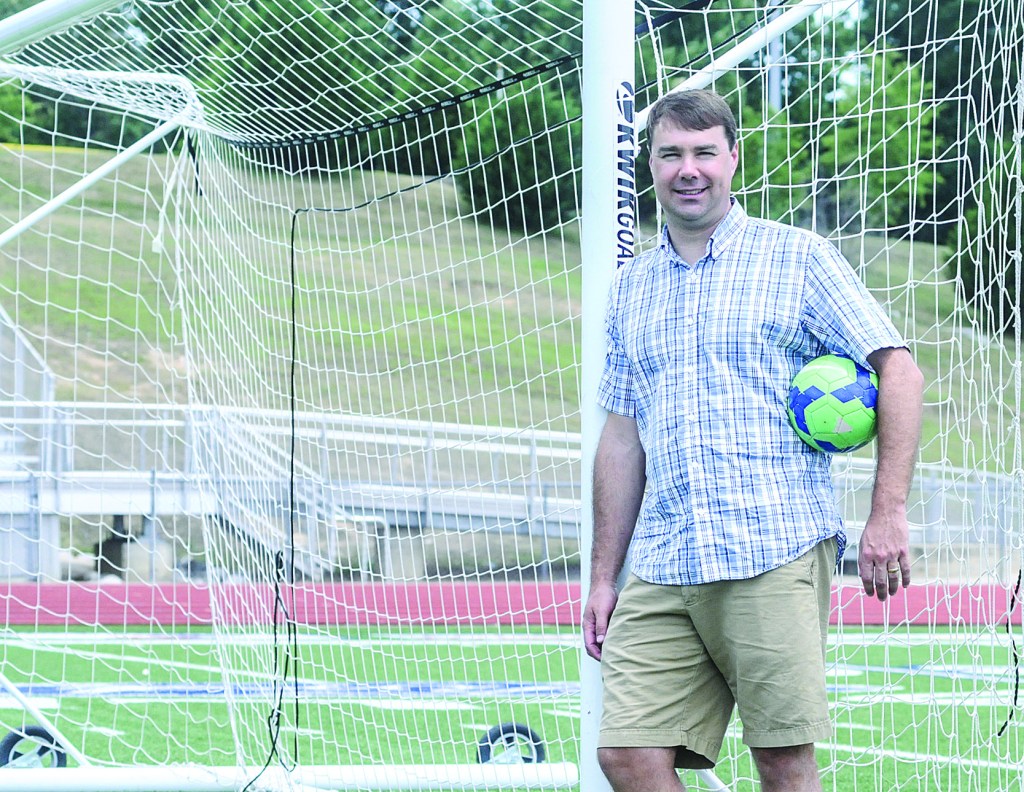 Oxford native Charley Sabatier is returning to be the Chargers’ boys soccer coach after spending more than a decade teaching and coaching as an assistant in the Virginia prep ranks. It’s the first head coaching job for Sabatier, who will also teach physics at Oxford High. (Davis Potter)

But Sabatier doesn’t necessarily view it in that order.

Sabatier, an Oxford native, is returning to his alma mater after being pegged last month as the Chargers’ coach, replacing Jonathan Branch, who resigned after three seasons. It’s a job he stumbled upon only after he first heard the school needed a physics teacher.

“(Oxford High assistant principal Duncan Gray) called me this year and he was like, ‘We’ve got a physics opening.’ I said, ‘I’d love to have it,’” Sabatier said. “Then there was also a soccer coaching position, so it’s like I’m coming back to my ideal job. I’m excited.”

Sabatier, a 1997 graduate of Oxford High, applied for both positions, beginning a move from Virginia that won’t be completed until the end of July. After getting a degree in physics from Ole Miss in 2001, Sabatier’s family relocated to Virginia, where he’s been ever since teaching and serving as a high school science specialist for Fairfax County Public Schools.

Sabatier has six years of experience as a junior varsity coach and assistant boys coach at Mount Vernon High School in Alexandria, Virginia, but Oxford is his first head coaching job. While Sabatier admitted he wants to “win a lot of games,” he doesn’t want his new players to forget why they’re on the pitch in the first place.

“That’s the one thing I think it’s really important for the players to remember is they’re students first,” Sabatier said. “You have to take care of everything in the classroom first, and then we have the privilege of getting to come play on the field. It’s definitely one thing that will be the foundation of the program is academics first, even to the point of when we start preparing for the season, it’s studying the game of soccer.”

Out with the ‘boom’

Sabatier is taking over a program that made the MHSAA Class 5A playoffs each season under Branch’s watch, but Sabatier is not crazy about what he refers to as a “boom-ball” style of play he believes is prevalent in Mississippi where the ball is cleared downfield in hopes that the team’s fastest player can catch up to it and get in on goal.

Sabatier said his new team will be “fast-paced” yet “very controlled” as it tries to lean more on a strategic attack to notch wins.

“That’s one of my strengths I think is sort of coaching soccer like a game of chess,” Sabatier said. “It’s a strategy game where there’s 11 players and they’re all having to think and work together at the same time and putting them in formations and positions that allow them to exploit the weaknesses of the opponent.”

Sabatier spoke with his new players for the first time on a video conference on the Internet shortly after being hired and held his first summer practice with the team Saturday while in town celebrating his parents’ wedding anniversary, making sure everybody will be on the same page once he takes over full-time in August.

Sabatier went back to Virginia today to finish the summer at Fairfax County Public Schools. Assistant Adam Trobaugh will coach the team until Sabatier returns.

“From my conversation with the players, they sort of acknowledged (playing a different style),” Sabatier said. “Not everybody plays like that. The programs like Tupelo, all the teams on the coast, a lot of the programs in Jackson, they play a different style than most of the teams in north Mississippi from what I’ve heard.”

But Sabatier wants his players taking care of their business off the field first, which he believes should translate into a successful homecoming on it.

“When an opponent plays us and the game is over, I want them to say, ‘That was a fantastic program,’” Sabatier said. “That’s the measure of success. And I want us to win a lot of games along the way. I believe that when you focus on academics and when you support developing these young men, wins are going to come.”