An Oxford woman was arrested Monday for allegedly stealing a tag off another vehicle and putting it on the one she was driving.

According to the Oxford Police Department, Tiffany Herron, 20, was involved in a wreck that occurred on private property and when officers arrived to investigate the wreck, it was discovered her vehicle had previously been reported stolen by the Memphis Police Department.

Officers found the car did not match the tag. If was determined that the tag was switched from another car and when officers ran the VIN it came back as stolen. Herron stated she got the car from someone in Memphis. She was charged with switched tag and possession of stolen property, and taken to the Lafayette County Detention Center where she was booked on a $15,000 bond. 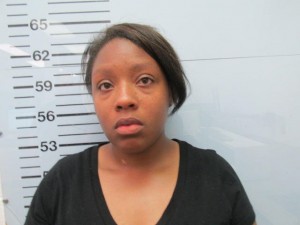