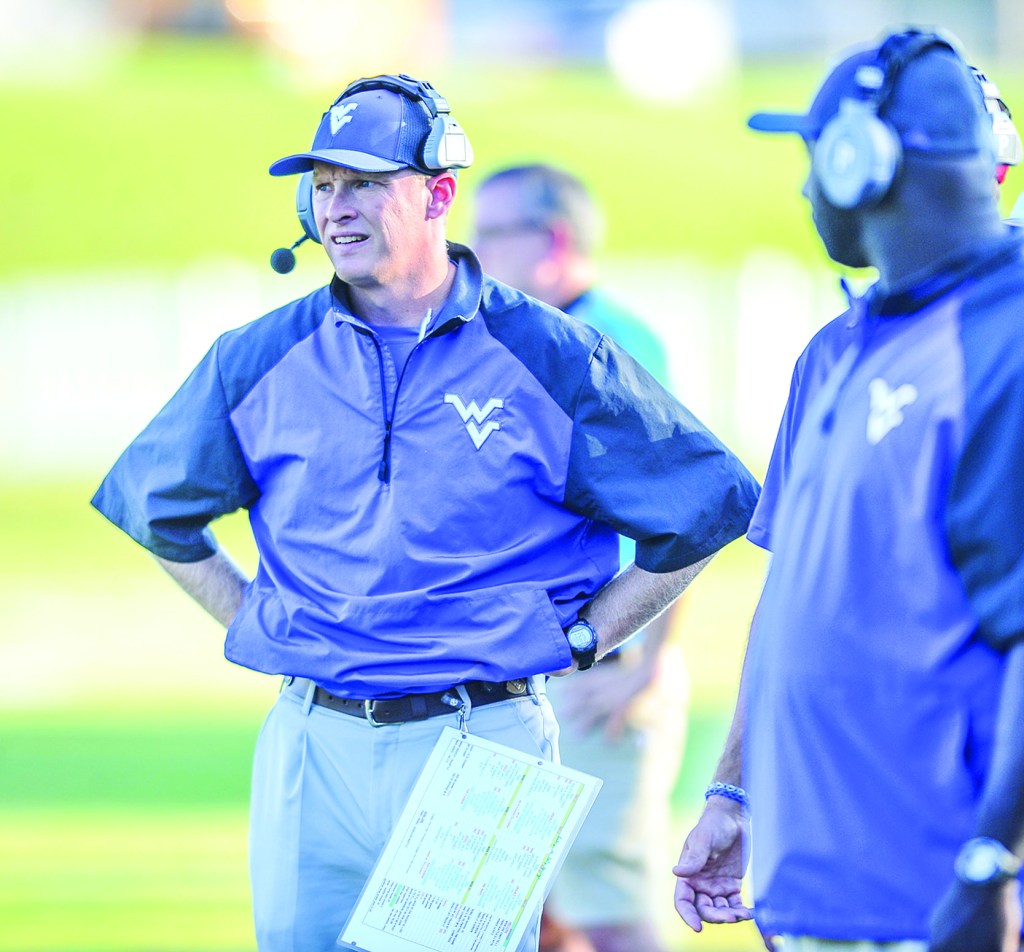 Brad Embry will take over as Water Valley’s athletic director in July while continuing to serve as the Blue Devils’ head football coach. (Bruce Newman)

Water Valley High School is experiencing some turnover with its athletic programs, starting at the top.

Brad Embry will take over as athletic director on July 1 after the school board recently approved the move. Embry will succeed Trey Allman, who retired from the post at the end of the school year.
Embry also serves as the Blue Devils’ varsity football coach and will continue to do so, making for the kind of dual role Embry has envisioned since being hired at Water Valley in 2008.

“I got my administration degree several years back with a desire to be in administration, preferably as the athletic director and football coach,” Embry said. “It became available, and I expressed my interest. Me and (Water Valley School District Superintendent) Dr. (Michael) McInnis had several sit-down talks about it and what my vision was for the athletic program, and I guess he liked what he heard.”

That vision, Embry said, includes gauging the short- and long-term needs of every sport and addressing them in that order where enough progress is made to positively affect everything else.

Embry has gotten a head start on his new role, being part of what he called “a group effort” along with Allman, Water Valley High Principal Drew Pitcock and other administrators to hire some new coaches for varsity sports. The hires were approved by the school board Monday night.

Some old, some new
Jeb Lee will take over as the head baseball coach after spending the last handful of seasons on the Blue Devils’ staff as an assistant for Kary Bridges, who left last month to take the head coaching position at St. Martin.

Embry said “there was interest” from some outside candidates, but Lee’s familiarity with the program made him a natural fit.

“You’ve got a guy sitting there ready to jump right in and continue to run the program the way it’s been run,” Embry said. “Jeb’s a good person, a hard worker and a good coach. We’re proud to have him.”

Water Valley went outside in softball, tabbing former Ridgeland assistant Allison McCain as the next head coach. McCain takes over for Casey Clouse, who recently took the same position in the Georgia prep ranks.

McCain’s background as a pitcher at Horn Lake High School and in college was a draw, Embry said. McCain will also coach the volleyball team and teach science at the high school.

“I think that’s a sport where one person can dominate the game unlike any other sport, even in baseball, because if you can find a pitcher, they can pitch almost every game,” Embry said. “I thought that was great that we could find someone that was a pitcher and wanted to be here.”