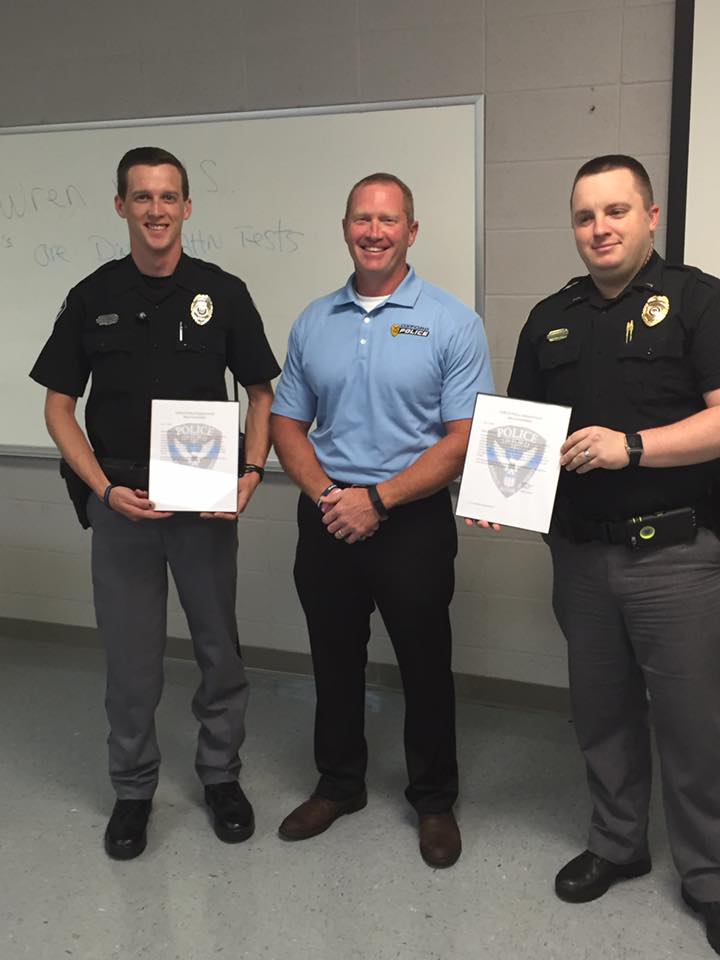 The officers responded to Access Road for a report of an auto burglary that was in progress. By the time they made it to the scene, the burglars were gone.

Hardin reportedly began searching the surrounding area and found one individual walking, and he was able to stop and detain him. He was later identified as one of the suspects.

While doing so, Gill stayed near the location of the reported burglary. One of the suspects dropped his cellphone as he ran away and Gill waited to see if the suspect would return for it, which he did.

Gill got into a short foot chase with the suspect and eventually caught him.

Police said both men were arrested, interviewed and after evidence was processed, detec- tives were able to link them with other recent burglary cases.

Both officers have been with OPD for less than a year.