Bramlett steps away from baseball to focus on future 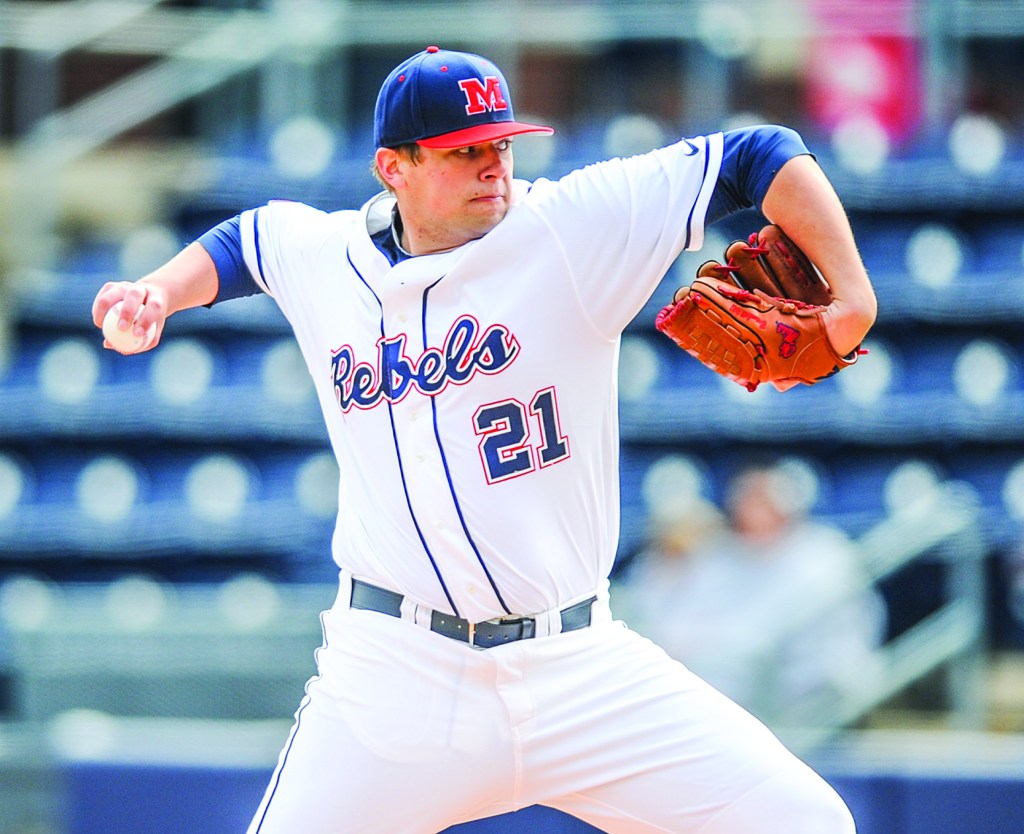 Ole Miss pitcher Brady Bramlett finishes his career with the Rebels with a 20-8 record, 3.40 ERA and 203 strikeouts in nearly 200 innings pitched. (Bruce Newman)

Brady Bramlett made the announcement he was not going to return to the Ole Miss baseball team after being drafted by the Boston Red Sox in the 2016 First-Year Player Draft last weekend.

The former ace of the Rebel pitching staff is now calling it a career on the diamond altogether, as Bramlett announced Saturday morning he is not going to pursue a professional baseball career in Boston.

“It is with much thought and prayer that I have made the decision to no longer continue my baseball career,” Bramlett said in a statement he released via his Twitter account.

Also in his statement, Bramlett revealed he will be returning to Ole Miss, but for academic purposes only. He will pursue a master’s degree and continue his work with the Division I National Student Academic Advisory Committee (SAAC) as co-chairman and with the Southeastern Conference. Bramlett graduated in May but still had one more year of eligibility as a redshirt-senior with the baseball team due to an injury he suffered, causing him to miss the 2014 season.

The decision to focus on academics and a career in administration is not a shock as Bramlett has stated on multiple occasions that a professional goal of his is to become commissioner of the SEC.

On the field the Rebels will be losing a consistent arm in the weekend rotation as Bramlett worked the Friday night games and posted a 8-3 record and a 3.17 earned run average,  striking out 96 batters. In SEC play Brameltt went 3-3 with a 3.61 ERA and had 56 strikeouts.

“Thank you to all of those who have ever supported me through all the years of baseball, especially the dedication from rebel nation,” the statement continued. “You have been the best fans a student-athlete could dream of having! God Bless, and I will see you all in the stands at Swayze!”