Frank Sibley, president and chief executive officer of CB&T Bancshares, Marks, has been elected Chairman of the Mississippi Bankers Association.

The MBA is a 127-year-old trade association representing all banks and savings institutions operating in Mississippi, and MBA members hold over 95 percent of all bank deposits in the state.  As MBA chairman, Sibley, of Oxford, will chair the association’s board of directors and executive committee. 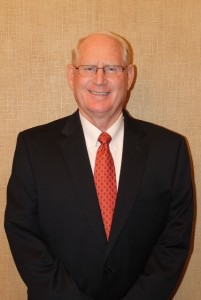 Sibley graduated from Delta State University with bachelors and master’s degrees in business administration.  He is also a graduate of the Graduate School of Banking at LSU and the Commercial Lending School at the University of Oklahoma.

Sibley’s involvement in the association includes service as vice chairman and treasurer as well as a three-year term on the MBA Board of Directors. He served as chairman of the board of the MBA Education Foundation.  Also, Sibley has served on the MBA Insurance Committee, Executive Committee and Legislative Committee.