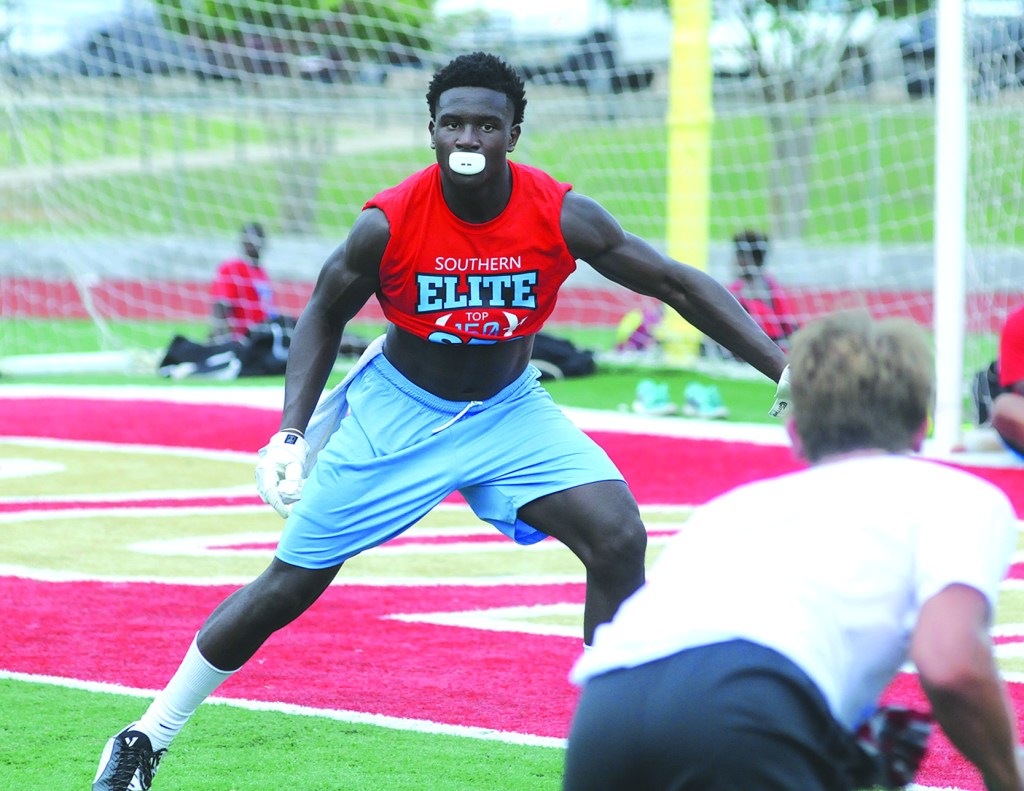 Ole Miss is proving it can recruit in their rival’s own backyard consistently. After signing Starkville High’s A.J. Brown in February, the Rebels are close to stealing a second prospect from Mississippi State.

Gay released a statement earlier in the day revealing his intentions to announce which school he would commit later in the evening.

“It was the hardest thing I ever had to do but after a lot of praying and thinking about this I have finally made my mind up,” the statement read. “This is the place where I feel and I can make an early impact and be the greatest to ever come through at the LB position, I have decided to verbally commit to……….”

About and hour later he posted an image of him in a Starkville uniform with the Ole Miss script logo in the background.

Gay chose the Rebels over MSU and had other offers from Alabama, California, Florida, Michigan, South Carolina, Tennessee and others. He most recently had interactions with Michigan and Mississippi State head coaches Jim Harbaugh and Dan Mullen as Gay attended Harbaugh’s satellite camp held in Pearl on June 8.

Gay is listed as a four-star prospect by Rivals.com and 247Sports and recorded 84 tackles, 62 of them solo, during the Yellowjackets’ run towards the MHSAA Class 6A state championship last season. Seventeen of those tackles were for a loss and he also led the team in sacks with six and had four interceptions, nine pass deflections and two caused fumbles.

“It was very hard to turn Mississippi State down, but at the end of the day Ole Miss is where I wanted to be and where my heart was,” Gay said. “I feel like at Ole Miss I can go and play early, no doubt. (Ole Miss) is not too great at linebacker position, but that will change.”