Crime wave brought down during heat wave in headlines 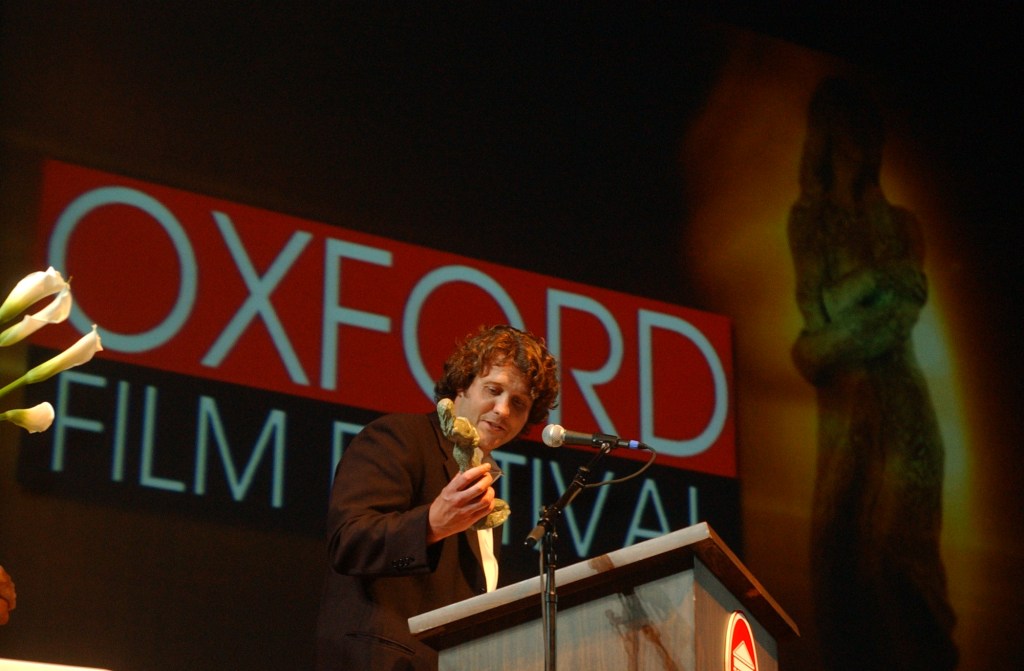 Thad Lee wins a “Spirit of the Hoka” award during the Oxford Film Festival in June 2003.

Summer’s heat brings a variety of news, including some former crime activity being cleaned up to reap benefits years later, as well as various community endeavors. See these excerpts from 2014, 2003, 1997, 1983 and 1964.

A real estate blog recently gave a shout out to Oxford as being one of the safest places to live in Mississippi.

Movoto Real Estate Blog made the declaration after studying the FBI’s crime stats.

Oxford Police Chief Joey East was happy with the No. 4 ranking and said it’s police officers and residents working together to make it happen, and with that relationship No. 1 could be attainable.

About 2,000 people came out to view movies over the course of the four-day event, the director said, and Saturday’s filming of local flicks was the hottest attended.

The event marked the culmination of many months of planning for about 75 local volunteers.

“They’ve done an incredible job, especially for this to be the first time,” said actor Gary Grubbs. “I’ve been to a lot of these and they definitely have something they can grow.”

A second arrest was made in a shooting that took place at a party outside the National Guard Armory.

The shooting May 17 has a possible gang connection with an arrest in another case.

Two are now arrested and police are still working out details on who was the shooter. But what is known is the Armory will no longer rent its facility for parties.

Sgt. James R. Dettor of the National Guard announced the policy change immediately after the party.

This Fourth of July celebration will introduce the community to a new way of fundraising.

A communitywide project, building Park Shell at Avant Park, needs a little funding boost. So, for $10 a share, residents can buy into ownership of the structure and help fund its construction.

There’s no limit on how many anyone can own and purchase is open to civic clubs, organizations, individuals, businesses and more. All donations are tax deductible and once the needed amount is raised, there will hopefully be a dedication ceremony July 4, 1984.

Interest in building a swimming pool in Oxford is gaining momentum with more and more civic clubs and individuals getting behind the effort.

The pool is a civic improvement that is one of Oxford’s greatest recreational needs, residents say. Residents are looking at a recent endeavor out of Bruce that was successful and plan to examine the possibility of a bond issue for the construction of the pool. Another idea on the books is to use membership to fund the expense. No decisions were made, and another meeting will be scheduled.