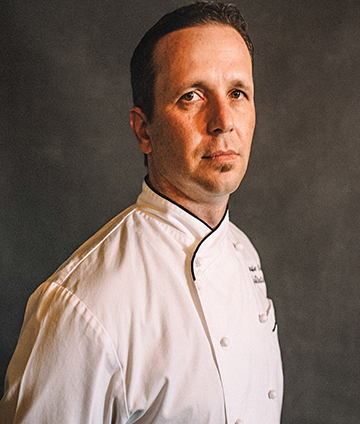 Chancellor’s House, the luxury boutique hotel under construction in Oxford, has recruited top talent for its food service team.

The hotel, slated to open this fall, has brought in a seasoned food and beverage management leader and a celebrated chef, who both will have five-star quality goals.

Director of Food and Beverage Henry Chaperont brings with him years of experience and a vast knowledge of the hospitality industry. He has worked in notable kitchens, including Don Cesar in St. Petersburg, The Playboy Club & Casino in Atlantic City and Longboat Key Resort in Sarasota.

Chaperont also has extensive business experience, having owned a French restaurant in Savannah, Georgia, as well as La Petite Maison in Colorado Springs for six years. Henry spent seven years as estate manager for the Wechsler family, supervising the staff in both of their villa homes in New York State and Colorado.

Along with his hands-on experience, Chaperont has appeared on major affiliate networks, including PBS Atlantic City, CBS Tampa Bay and FOX Colorado Springs.

Chef Josh Stetson is originally from Maine and is certified through the American Culinary Federation. In 2008, he was awarded the Gold Metal by the Gulf Coast AFC Culinary Classic as Best in Show and Seafood.

Spending most of his career in the Mississippi Gulf Coast area, Stetson’s work history includes Phonecia Gourmet, Four Points Sheraton, Treasure Bay Casino and Resort, Palace Casino and Resort and The Grand Casino Biloxi. He has been responsible for all menus and wide variety of food service venues, including room service in these grand hotels.

Stetson said he enjoys creating special menus for weddings and holidays such as New Year’s Eve.

As the two men look forward to the opening of Chancellor’s House, they are preparing to offer food service at banquets and black-tie galas in the ballroom, as well as high tea in the tea room and specialties in the fine dining restaurant.

Light selections will be offered in the bar, the library, the spa and ultimately the rooftop Twilight Lounge.

“I am particularly pleased to be at the Chancellor’s House, as they are looking for us to bring back the most formal, classic menu selections as featured in the finest restaurants in New York during the ’60s,” Stetson said. “The continental cuisine will feature such items such as steak Diane, veal Oscar, coq au vin, Oysters Rockefeller, veal picatta and Maine lobster.”

Hidden within the walls of the Chancellor’s House will be what they hope to make Mississippi’s most formal restaurant, Chancellor’s Grill.

“I am so pleased to find and bring on board such an excellent team here to Oxford,” said Mike Donoghue, managing director of the Chancellor’s House Management Group. “The creativity and enthusiasm they exude will be contagious to our staff and our community.”