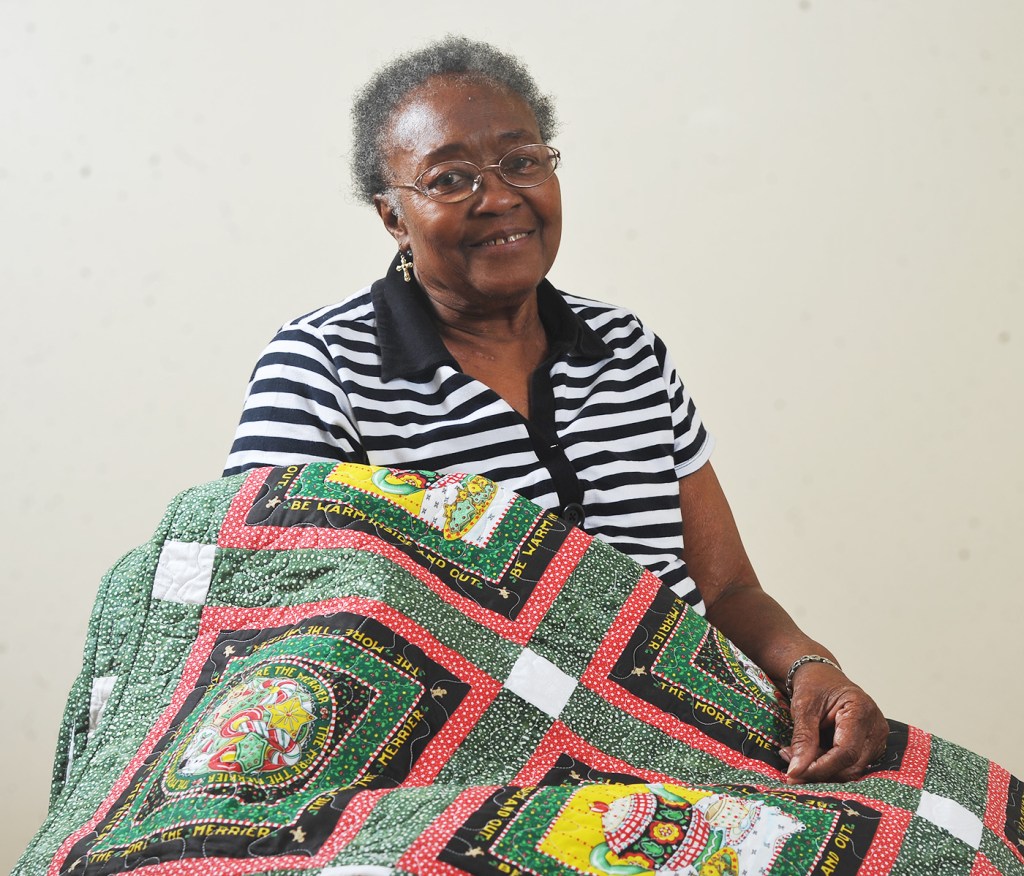 Sometimes in life, it might take you a while to stumble onto a particular skill or talent that you’ve been harboring for some time.

For local resident Mary Wortham, this seems to be exactly the case, as she has displayed quite the affinity for quilting since picking the hobby up only six years ago.

Although she had experience with the practice of sewing earlier in her life, Wortham said that the extent of her exposure to quilting prior to picking up the hobby herself was somewhat limited to childhood experiences.

“My mother used to piece quilts, and I used to help her when I was young,” she said.

Despite entering into the world of quilting only six years ago, Wortham has already produced an impressive amount of work through her diligent work. Wortham said that in her experience, she has finished cutting and piecing some of her quilts in as little as two days’ time, and that she usually averages around three to four days of steady work per piece.

Wortham looks to a number of sources for inspiration for the design of her quilts.

“I have some books with different patterns in it,” she said. “Sometimes I look in those books and get an idea and cut a pattern from that to make a quilt.”

In addition to these books, Wortham said that she has gotten design ideas from outlets such as the internet and has even found quilting to be an interesting way to repurpose unused pieces of material from other projects, as she is able to recycle these spare parts and combine them to form a whole, vibrant creation.

If she had to pick a favorite design or style to work with, Wortham pointed to the pinwheel pattern — which is composed of alternating color patterns, which resembles the image of a pinwheel — as perhaps her top choice.

In addition to her involvement in local group Buttons and Bows, Wortham is also an active member in the Oxford-based Piecemakers Quilt Guild. Piecemakers meets on the second Saturday of each month, and Wortham said that the meetings present an opportunity for her and other quilters to display their ongoing work to each other.

“We have ‘show and tell.’ We meet up there Saturday, and we take a quilt or something we’ve made and show it.”

Wortham said that although she considers her quilting first and foremost a hobby, her work has been displayed and entered into competition for quite some time now, and she is no stranger to receiving recognition and prizes for her work.

“We had a display at the library for cultural art, and some of my quilts won blue ribbons,” she said.

From there, Wortham’s works were sent to the state Home Extension Conference in Starkville in May to compete against even stiffer levels of competition.

However, her work resolutely stood the challenge, as Wortham not only walked away with more blue ribbons for her quilts, but even more impressively was awarded the “best in show” ribbon for the best individual work in the entire competition.

Wortham’s work that was voted best in show is a charming wall-hanging quilt, an intricately detailed piece that displays a Christmas theme, with the figure of Santa Claus adorning the center of the quilt.

It’s always rewarding to get recognition and validation for things that one works hard for and is deeply passionate about, and in Wortham’s case, it’s particularly nice to see her diligent work and creativity pay off in these recent accolades, as she continues to churn out these impressive pieces of art.