Jesus and the tragedy in Orlando 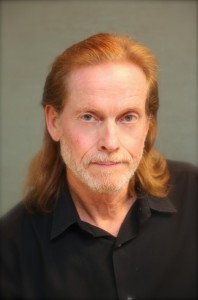 My phone rang a few days after the mass murder of 49 people in Orlando. The caller I.D. showed a 777 area code. I recognized it, but didn’t know exactly who might be calling from there since, as a rule, I call them.

I got to City Grocery early and laid claim to our usual corner of the balcony. Jesus was coming up the sidewalk in front of Square Books. He walked with a heaviness I hadn’t seen often, and he kept his head bowed. When he opened the door to the balcony I could tell that something was not quite right. Jesus’ eyes were red, swollen and moist. He’d been crying and was on the verge of tears at that very moment.

Jesus didn’t want to talk on the balcony. It felt “too public” he said. So we moved inside and took a table at the back. I had his standard water in a wine glass ready and waiting. But this time he didn’t turn it into wine. With a slight tremor in his right hand, he slowly lifted the glass to his lips and drank it all down. He put the glass down, rested his forearms on the table, and hung his head. I heard him sniffle softly, then a lone tear dropped to the tabletop.

“What’s wrong, Jesus?” I asked. His silence sucked any element of joviality out of the room. Even the music shifted — from the Allman Brothers singing “Rambling Man” to Robert Johnson and “Love in Vain.” Finally he spoke.

“All this violence and hate that’s in the world — it just ain’t workin’ out the way I’d planned.”

“You mean the killings in Orlando?”

“No, I understand that. The guy had serious problems and took it out on innocent people. My heart’s broken over it, but I understand how it happened.”

“Help me out here, Jesus. If it’s not the Orlando shootings that have you down, then what is it?”

“It’s the fact that so many are saying that the people in that club deserved to die. Even people who claim to follow me, and some who are supposed to preach the Gospel.”

“I don’t understand that, either.”

“You know I never preached hate. I always told people to love each other — to help each other out — to be kind and tenderhearted. These people have darkness in them that even I can’t penetrate. As far as I’m concerned, anyone who would gloat over the murder of 49 of my brothers and sisters may as well have pulled the trigger themselves. And my Daddy thinks so, too!”

“They are as bad as the Pharisees of my day. They make a show out of praising me, then they act like they have the right to judge and condemn others. Their mouths are full of venom and their souls are brimming with sewage.”

“Godliness? Where in the name of all that is sacred would they get that idea?”

“Cherry pickers! Every last one of them! Sometimes I wish the Old Testament had never been written. I told everybody that they didn’t need The Law if they had my love in their hearts.”

With that Jesus leaned back in his chair, threw his hands in the air and said, “I give up!” Then he broke into tears.

I moved my chair close enough that I could hold Jesus in my arms. I didn’t know what to say so I kept my mouth shut. After a minute or so he let go and looked me square in the eye.

“You don’t believe those people in Orlando deserved to die, do you?”

“And there are more people who believe like you do on this?”

“You’re right. What was I thinking?”

“I don’t believe you were thinking. You were hurting.”

“Fifty? I thought there were forty-nine.”

“Fifty. Daddy and I loved the man who did the killing, too.”

Arm-in-arm we made our way down the stairs and out the door. As we were leaving we could hear the Allman Brothers playing Soulshine.

“When you can’t find the light,

That guides you on the cloudy days,

When the stars ain’t shinin’ bright,

When those candle lights of home,

Burn so very far away,

Well you got to let your soul shine,

Randy Weeks is a minister and a counselor. He  lives and writes in Oxford. He can be reached at peacemill369963@gmail.com.