Cook Out provides new food and jobs for Oxford 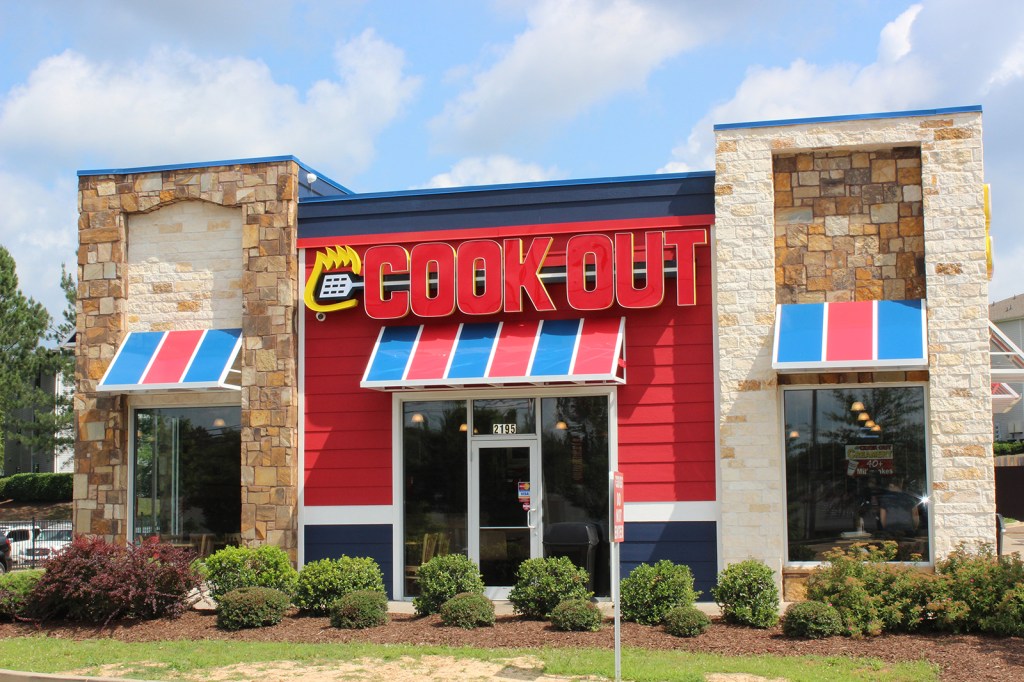 The popular Southeastern restaurant has recently set up shop in Mississippi, making its new Oxford branch its 196th restaurant opened. Located on Jackson Avenue in what was the former KFC restaurant, Cook Out offers customers a variety of foods including burgers, grilled chicken and 40 different types of milkshakes.

Cook Out was originally started in Greensboro, North Carolina, in 1989. Since then, the company has swept across the Southeast. Oxford is the company’s first restaurant in Mississippi, but since it opened May 28, it has already opened another in Hattiesburg and will open one in Starkville soon.

The fast-food restaurant serves charbroil grilled meats that have never been frozen. The new eatery also offers late-night dinning until 3 a.m. on Sundays through Thursdays and until 4 a.m. on Fridays and Saturdays.

Cook Out is famous for its burgers and its reasonable prices. The restaurant also offers such items as hot dogs and chopped pork barbeque and a list of milkshakes with flavors such as cappuccino and peach cobbler. Fresh watermelon also will be featured as the special seasonal milkshake flavor of summer.

The new business also has brought many new job opportunities for Oxford and the University of Mississippi. Currently a new team of employees is being trained to run the restaurant by representatives from headquarters. New applicants are encouraged to apply while hiring is still underway.

“My experience has been amazing,” in-house manager Lamarr Parish said. “The company takes care of its employees.”

Ole Miss logos can be spotted all around the restaurant, and many of the recently employed workers are students from the university. By staying in tune with the local college, Cook Out hopes to connect with the Oxford community.

“This is probably one of the most exiting communities from all the Ole Miss pride and the pleasant and gracious customers we have,” Opening General Manager Will Reynolds said. “We are big fans.”