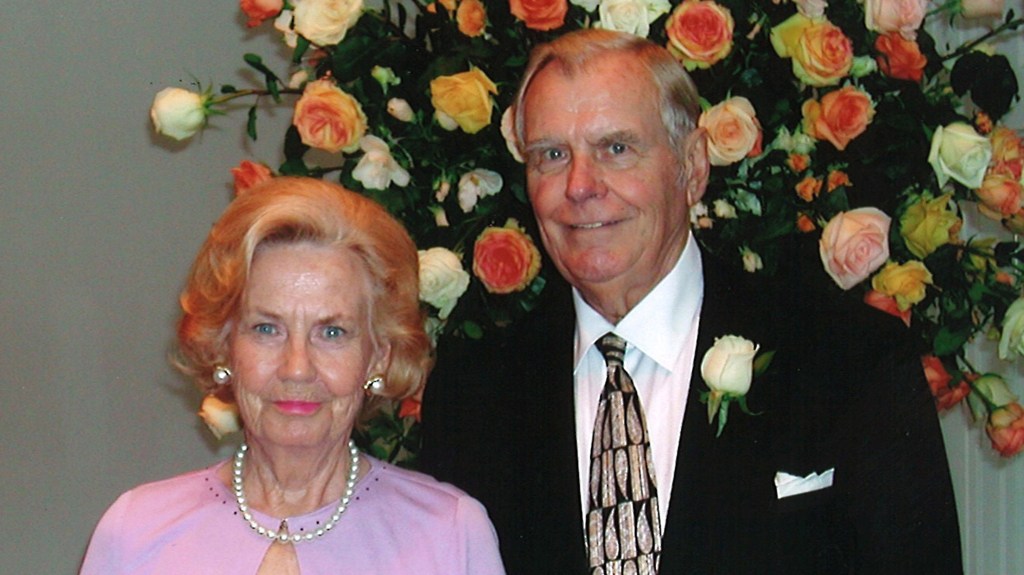 Marjorie Peddle’s daughters describe their mother as a woman of grace whose intense love for the University of Mississippi was matched by her interest in the success of young people.

Peddle, who died in November 2015, left the university $125,000 to create an endowment that will support scholarships awarded by the Ole Miss Women’s Council. Helmed by an accomplished cadre of female leaders and philanthropists, the OMWC provides scholarships for tuition and books for students, as well as guidance and training in leadership skills, career development and personal growth throughout their tenure at the university.

“I would think, knowing mom had such a big giving heart, that she would just feel blessed by giving to young men and women who will be leaders of the country someday and by knowing she had a part in that,” says Ginny Peddle Moss of Germantown, Tennessee.

“She was such a woman of principle and grace and has such a giving heart. Any time she had an opportunity to give in a way that would benefit others, she would do it.”

Marge Peddle was driven by her generous nature. Laura Peddle Sale, of Oxford, remembers her mother volunteering to fund a bell tower for the university’s Paris-Yates Chapel even before she knew the full scope of the project. Marge and her husband, the late Frank Peddle, contributed the funds for the Peddle Bell Tower, which features 36 bronze bells and a clock; its carillon provides a daily selection of songs at 5 p.m.

In 2013, Marge Peddle gave $150,000 so the University Museum could expand its 2,000-piece David M. Robinson Collection of Greek and Roman antiquities objects – the largest collection of antiquities held by a university museum in the South. And with an earlier gift, the couple encouraged the university to install a flagpole at Swayze Field.

“Mother grew up in Brooklyn going to New York Yankees games and she said, ‘We are going to have a flagpole!'” Sale recalls. “Now we have one.”

Sale says it’s fitting that her mother’s bequest supports Women’s Council scholarships because of the opportunities they will give the recipients – new beginnings similar to those received by Marge when Frank moved her to Oxford.

“There’s sort of a parallel there for these students receiving a scholarship in our mother’s name,” Sale said. “Daddy gave Mother the opportunity to come to Oxford and do something with her life other than what might have been.

“Mother would be honored to know that these young people have this opportunity to come to Ole Miss. It’s like a stepping stone for them. There’s no telling what they’ll do in their lives and what they’ll do for the university because of what somebody did for them. It’s remarkable what people can do if somebody motivates them and gives them an opportunity.”

OMWC Chair Mary Donnelly Haskell of Los Angeles and Oxford knows well the truth of Sale’s statement. An accomplished actress, recording artist and philanthropist, Haskell herself has experienced success because of the doors that were opened for her throughout her life.

“That’s the beauty of a program like the Women’s Council,” Haskell said. “Our students have this amazing opportunity to be shaped by strong, accomplished women who are successful because of the guidance they were given by their own mentors.

“It’s just an outstanding model and really an extension of Marge Peddle’s own philosophy. We are extremely grateful for her generous gift and we believe it will change countless lives going forward.”

While not an OMWC member, Marge Peddle was a mentor in her own right. She was an active member of St. Peter’s Episcopal Church in Oxford, an adviser to the Pi Beta Phi sorority at Ole Miss and very involved with the Daughters of the American Revolution.

“She was a great role model to young people in just the way she lived her life,” Moss said. “She always cared about seeing young men and women succeed. What more can you give to somebody than to help them grow and graduate and become leaders. That’s a really great thing to give.”

For more information on providing support to the Ole Miss Women’s Council, contact Angela Barlow, development officer, at 662-915-3181 or ambarlow@olemiss.edu.

Cook Out provides new food and jobs for Oxford