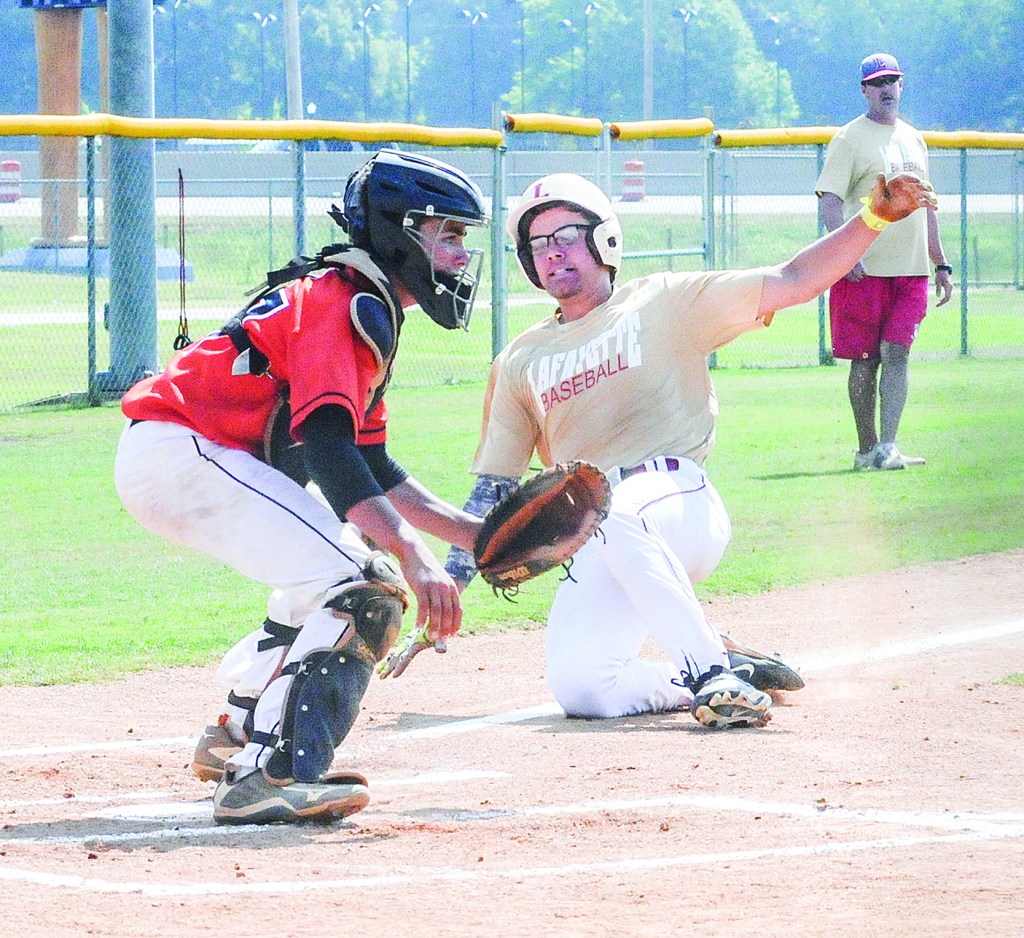 NEW ALBANY — Lafayette was not able to participate in the regional round of the Northeast Mississippi Coaches Association for Better Baseball (NEMCABB) tournament last weekend and was automatically deemed the No. 4 seed in Region 4.

That was not a problem for the Commodores.

The Commodores handily defeated Calhoun City, 9-4, in the first round of the single-elimination portion of the tournament at the New Albany Sportsplex on Monday morning.

Lafayette advanced to today’s second round where the Commodores will face Oxford at 6 p.m. It was originally scheduled for noon, but heavy rains in the afternoon postponed the remainder of the first round, pushing everything back.

The game was a five-inning affair as the format of the tournament is each game is seven innings or an hour and 45 minutes, whichever comes first. A new inning cannot be started past the allotted time limit.

The Commodores came into the tournament having played four games on the coast, which is what caused them to miss the regional round due to the already scheduled games against Biloxi and other area high schools. Lafayette went 1-3 on its trip, but head coach Greg Lewis felt his team looked the same on Monday as it had on the coast despite the results.

“We need a little break,” Lewis said after Monday’s win. “It’s tough to come right back into this, but they did what they were supposed to and hit the ball around a little bit.”

Lafayette took advantage of Wildcat starter Preston Conlee’s shaky start with two singles sandwiched around a walk, cashing them in for an early 3-0 lead after the first inning.

The Commodores added another run in the third, chasing Conlee from the mound while catcher Jobi Cook pitched the final two frames, giving up five runs.

The solid offensive output was complemented by a quality start by Lafayette’s Parker Brown. The right-hander pitched all five innings, giving up four runs — one earned — and striking out three.

“Parker Brown has been great (all summer),” Lewis said. “Really gutted a few innings out because he was tired like the rest of us. … We were only probably only going to throw him maybe two or three (innings), but once we got the lead, we asked him to just fill it up for us and let’s see what we do.”

Brown got himself in a couple jams in the late stages but was bailed out by key defensive stops from third baseman Luke Gossett.

Gossett recorded five outs in a row from the fourth to the fifth innings, including two unassisted plays involving a dive and a forceout at third.

He was also 1-for-3 with two runs scored and reached on an error.

“(Gossett’s) getting to where he feels 100 percent again,” Lewis said of his third baseman, who is still recovering from knee surgery. “He’s never stopped. He’s a gritty dirt play, and that’s what you want. He’s a guy that gets after it every day.”