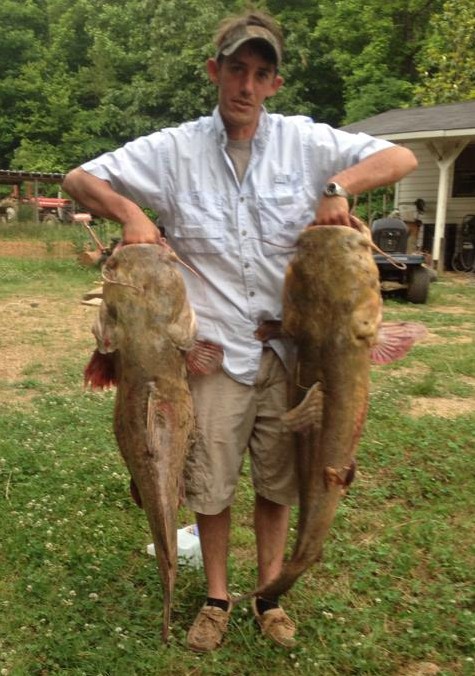 A Potlockney man died Saturday at Sardis Lake while grabbling for catfish.

Wesley “Weso” Loptien, 30, was with friends at Hurricane Landing Saturday afternoon grabbling for catfish. He was using respirators to go down and dive for fish. After one of his friends noticed Loptien had been under water longer than usual, he went under to look for him, according to the Vicksburg District of the U.S. Army Corps of Engineers.

“He found (Loptien) was entangled in a root ball,” said Greg Raimondo, chief of the USACE public affairs office. “He was able to free (Loptien) but it was too late.”

Lafayette County Coroner Rocky Kennedy said Loptien’s friends and paramedics who arrived on scene tried to revive Loptien but he was pronounced dead at the lake.

Catfish grabbling is where fisherman attempt to catch large catfish with their hands. In the spring, the catfish move to shallow water to lay their eggs. The female will look for a sheltered location, like holes in rocks, hollowed out stumps and logs and other secluded areas. Grabblers will go under water and stick their hand or foot into a log to attempt to get the large catfish to bite them so they can drag them out of the water.

Loptien had been grabbling since he was about 17 years old, said his friend Jason Foster.

“I took him out for his first time,” Foster said Tuesday. “He had a tattoo of a flathead catfish on his arm. That’s how much he loved to do it.”

Foster said he knew Loptien since he was about 15 years old and he started dating his sister. Eventually, they became brothers-in-law until Loptien and Foster’s sister divorced last year. But to Foster, Loptien remained his brother. Loptien did not have children.

“He had a heart of gold,” he said. “He died doing what he loved. He loved anything outdoors. He loved having a good time and he never met a stranger. You never saw him without a smile.”

Loptien was raised in Denmark and moved to Potlockney in his teens.

“The good Lord is going to take you when He wants you,” Foster said. “He took Wesley while he was doing what he loved with people he loved. That gives us some comfort.”

“He was always smiling and would shake my hand and tell me thanks for putting on the tournament,” Whitten said. “He loved grabbling. That was his passion.”