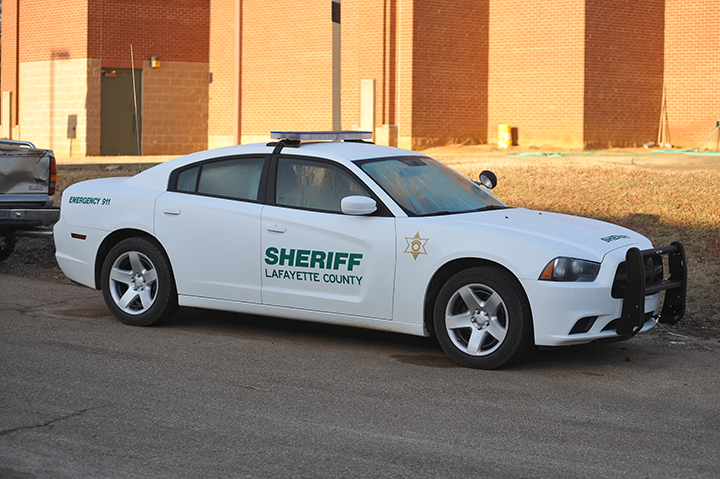 The Lafayette County Sheriff's Department would like to purchase five new vehicles and made their budget request to the Board of Supervisors on Tuesday.

A salary increase, more deputies and upgrades and repairs to the detention facility highlighted Tuesday’s budget workshop between the Lafayette County Sheriff’s Department and the Board of Supervisors.

Sheriff Buddy East said his department has one of the toughest jobs around in keeping the community safe, which means hiring and retaining officers.

“The city is busting at the seams and folks are building out in the county, so we need every person we can get,” East said. “They put their life on the line every time they go on a call.”

East would like to see county personnel salaries in line with similar counties.

“We’re not trying to keep up with the Joneses, but we’d like to keep them in sight,” East said.

The sheriff’s department is requesting a $300 per month across-the-board raise, while includes county detention

personnel as well as those with the Enhanced 911 system.

East would also like to have four additional deputies as well as five outfitted patrol cars. He said currently there are six deputies on patrol for each shift.

He added there isn’t a deputy devoted to Harmontown, although patrols in the area are done day and night. “And we try to keep a deputy close by to that area,” East said.

The detention center is an area that could use some major upgrades, according to detention center administrator Johnny McDonald. He said the 23-year-old facility needs a new roof, an upgrade to the computer system and replacement of several locks on jail cells.

McDonald took county officials on a tour of the detention center, pointing out the needed repairs and upgrades.

He had estimates of $110,000 to replace the roof with metal or $90,000 to use shingles. Recently, he had to pay $4,000 for a roof leak. Supervisors suggested the insurance agency take a look at the roof before they spend money for a new roof.

Another $67,000 is needed to upgrade the computers that control the locking system on the cells. McDonald added that there are locks to cells that also need to be replaced.

East said the detention facility has become much more than just a jail.

“We run a hospital, mental institution for suicide folks. It’s a dangerous place,” East said, adding jailers have to be trained and his personnel wear more than just one hat when dealing with inmates.

A common problem is retaining detention personnel who are looking to use the opportunity as a stepping stone into law enforcement.

The supervisors will continue budget workshops Friday morning with the fire department and coroner.