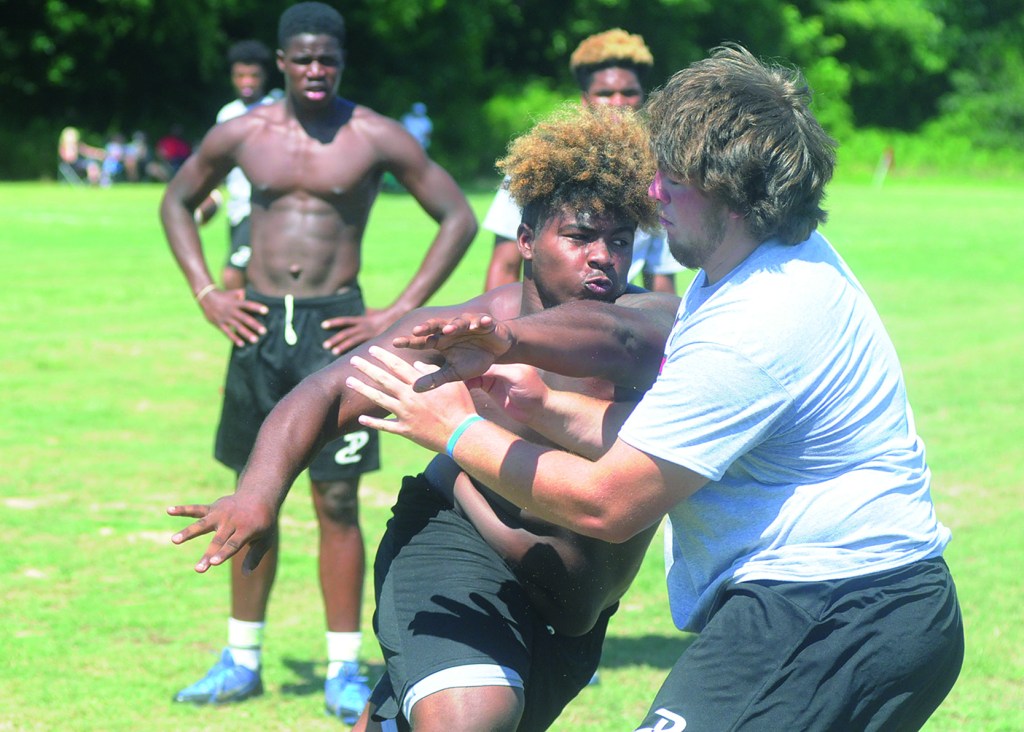 With family members seated around him, South Panola’s rising senior defensive tackle began the fifth annual Southern Elite Combine on Wednesday at the Oxford-Lafayette Sportsplex by announcing his verbal commitment to Memphis.

Then Goodson showed why he’s being heavily pursued by FBS schools.

Using a quick getoff and powerful finishes, Goodson consistently beat nearly every offensive lineman he went up against in position drills, catching the eye of high school coaches, recruiting analysts and many of the nearly 200 players in attendance throughout the four-hour combine. Once it was over, Goodson, who chose the Tigers over Southern Miss and others, was named the combine’s MVP after staffers unanimously felt the 6-foot-1, 245-pounder was the most dominant of anyone.

“I think just watching him in one-on-one reps, nobody could block him. Absolutely nobody,” said David Johnson, publisher for Rebels247, Ole Miss’ 247Sports affiliate, and co-founder of the combine. “His first step is unbelievable. Just quick and fast.”

Goodson doesn’t have the prototypical size of interior linemen at bigger schools, which is the main reason Johnson believes Goodson doesn’t have an offer from a Power Five program, but the ability to beat his counterpart off the ball at the snap is where Goodson makes up for his smaller stature.

“Anybody that watched him on the field today, I don’t think you could go to anybody’s elite prospect camp at any college campus in the country and find anybody that has a quicker first step than O’Bryan Goodson,” Johnson said. “I think the SEC schools are missing out on him, and Memphis got a great one.”

“I feel like it’s a great opportunity to get young talent exposed, and I feel like it’s very fun,” said Patterson, the brother of Ole Miss freshman quarterback Shea Patterson. “You get people out here working. I feel like people get to see everybody’s true talent.”