‘WHERE I WANT TO BE’: From NWCC to The Show, Reed out to stick in big leagues 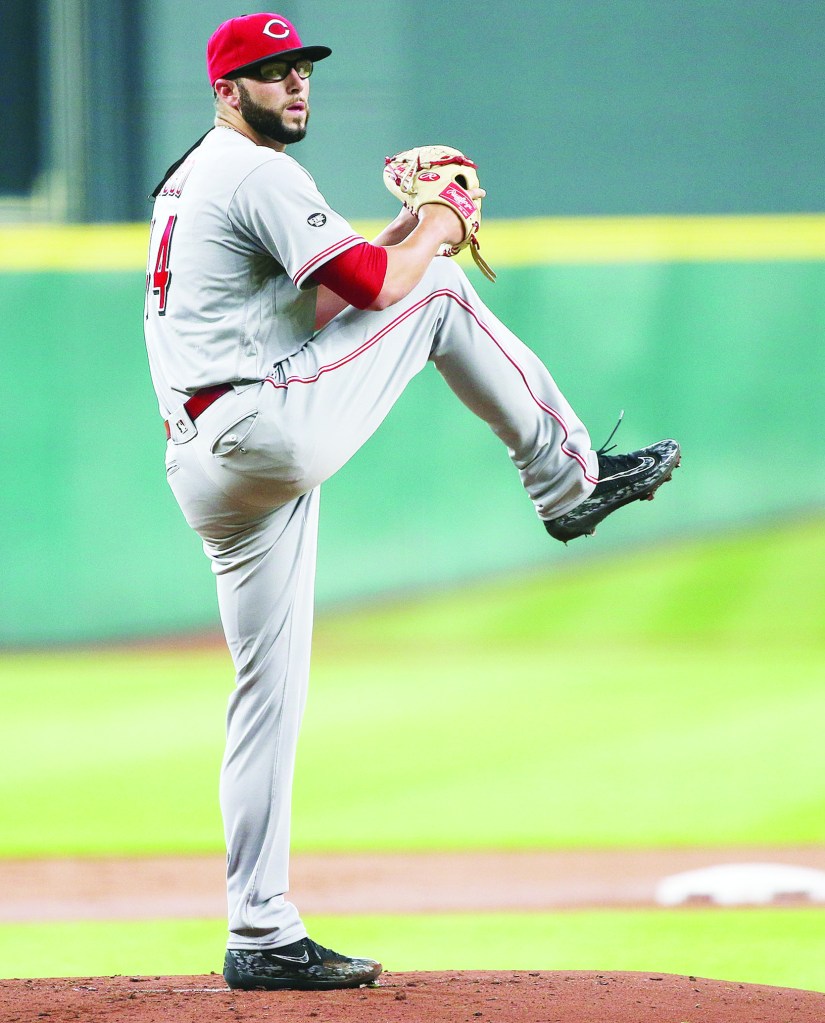 Or so Cody Reed thought.

Reed, the former Northwest Mississippi Community College standout, heard his cell phone going off at 8 a.m., which was expected since he had an alarm set to wake him up for a golf outing with some teammates at Louisville, the Triple-A affiliate of the Cincinnati Reds. Instead, it was a call from his manager, Delino DeShields.

“I was like, ‘What’s Delino doing calling me right now?’” Reed recently recalled.

DeShields spoke the words Reed had been waiting to hear his entire life.

“He goes, ‘You’re going to The Show,’” Reed said of being called up to the Major Leagues. “And I just couldn’t believe it at first. First thing in the morning, you don’t plan on having news like that. I won’t ever forget that.”

Just three years after being taken in the second round of the MLB First-Year Player Draft, the 6-foot-5, 225-pound Reed made his Major League debut for the Reds on June 18 in a 5-4 loss to the Houston Astros. Reed didn’t factor into the decision as the game went to extra innings, but the left-hander went seven innings, allowing four earned runs on six hits.

“I’m tickled to death that this kid is here,” Reds manager Bryan Price said, according to The Cincinnati Enquirer. “I think he earned it.”

Now that the highest draft choice in NWCC history has made it to the bigs, he wants to make sure he hangs around for a while. His first three starts have been a mixed bag.

With a fastball that can touch the mid-90s, Reed has racked up 20 strikeouts in his first 16 innings, including nine that night in Houston. But Reed is finding out the hard way that location is far more important than velocity when facing the game’s best hitters.

Reed has allowed six home runs, including three his last time out against the Cubs on Wednesday when he lasted just four innings. He’s 0-2 with an earned run average of 9.

“These guys don’t really miss fastballs, and if you miss a spot or your location, they don’t miss the barrel,” Reed said. “I don’t necessarily think it’s my pitch selection. I just think it’s more of it’s my location. I miss from time to time, and they capitalize on my mistakes. You’ve got to throw all your pitches for strikes in any count because they’re in the Major Leagues, too. It’s the best 750 guys in the world in my eyes.”

Despite the numbers, there have been moments “that shows that I can pitch here, too, with everyone else,” Reed said. He fanned Astros All-Star shortstop Carlos Correa for his first big-league strikeout and struck out Cubs sluggers Anthony Rizzo and Kris Bryant on Wednesday.

Fast riser
Yet it’s still hard for the Horn Lake native whose only scholarship offer coming out of high school was from NWCC to believe he’s ascended to the highest level this fast.

Bypassing a chance to walk on at Ole Miss, Reed was an NJCAA All-American by his sophomore season and ended his career with the Rangers as the school’s all-time leader in wins (16), strikeouts (161) and shutouts (5) before the Kansas City Royals made him the 46th overall pick in 2013.

Reed was in the Royals’ organization for two years before being traded to the Reds last July as one of the prized prospects in the Johnny Cueto deal, a move Reed described as “a shock.” But Reed quickly rose in the Reds’ farm system, getting his first invite to big-league spring training this year before starting the season at Louisville.

Reed credited his fast track to the Major Leagues in part to his time at NWCC under the tutelage of head coach Mark Carson and assistants Taylor Walker and Bill Selby, the only other Major

League player NWCC has produced. It was during his time in Senatobia, Reed said, that he learned that preparation off the field was just as important as his play on it — something he stills reflects on occasionally.

“I think what really helps me is my mindset,” Reed said. “I’ll think of times where I was at Northwest because that’s like more of my comfort zone. I think about the success I had. It’s just more comforting to me.

“My time there was awesome. Best two years ever, and I couldn’t be more thankful for those guys. It’s one of the best decisions I’ve made.”

Reed left the Rangers’ program as 20-year-old brimming with potential. Now 23, he’ll spend Independence Day on the mound at Wrigley Field getting another shot at the Cubs.

It’s the next chance for Reed to start fulfilling that big-league promise.