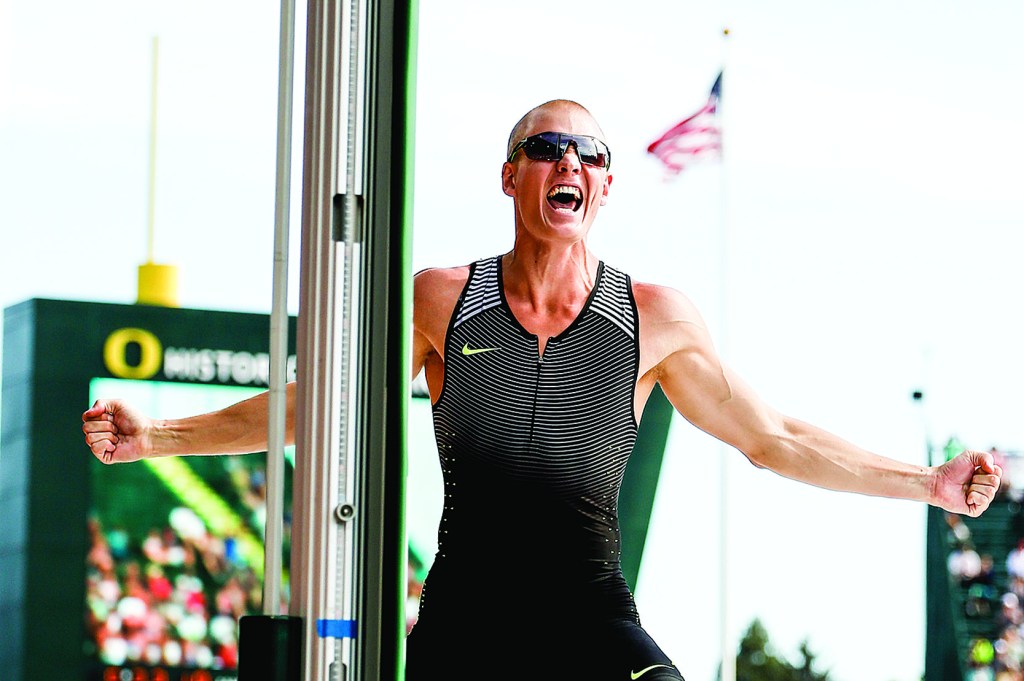 Sam Kendricks reacts after winning the men’s pole vault event at the U.S. Olympic Track and Field Trials on Monday in Eugene, Ore. The Oxford native and former Ole Miss standout locked up a spot in the Olympics next month in Rio de Janeiro. (Matt Slocum/AP)

The dream is now a reality for Sam Kendricks.

Kendricks dominated the competition at the U.S. Olympic Track and Field Trials on Monday to win the pole vault at Hayward Field in Eugene, Oregon. With the win, the Oxford native qualified for his first Olympics and will compete for Team USA at the Rio Games next month.

Kendricks, an Oxford High graduate and two-time national champion at Ole Miss, is the first OHS athlete to ever qualify for the Olympics. The second-ranked vaulter in the world, Kendricks is the second former Ole Miss athlete headed to Rio through the trials’ first four days, joining women’s long jump champion and three-time Olympian Brittney Reese.

Cale Simmons and Logan Cunningham will also represent the U.S. in the pole vault in Rio. The Olympics begin Aug. 5 in Rio de Janiero.

Kendricks just needed to finish in the top 3 to punch his ticket to Rio but did much more than that. He needed just one attempt in each of the first six rounds to advance before setting a trials meet record by clearing 5.91 meters (19 feet, 4 ¾ inches) on his third attempt. Having already claimed the title, Kendricks went for 6 meters but couldn’t clear the bar on any of his three attempts.

It’s the fifth U.S. championship for Kendricks, who finished second in the world indoor championships earlier this year. Kendricks vaulted at Ole Miss from 2012-14, winning the NCAA outdoor titles in 2013 and 2014 before forgoing his senior season to get an early start on his professional career.

The trials, which run through Sunday, will resume Wednesday after an off day today.