OUT OF THE SHADOW: Young Patterson out to make own name in recruiting 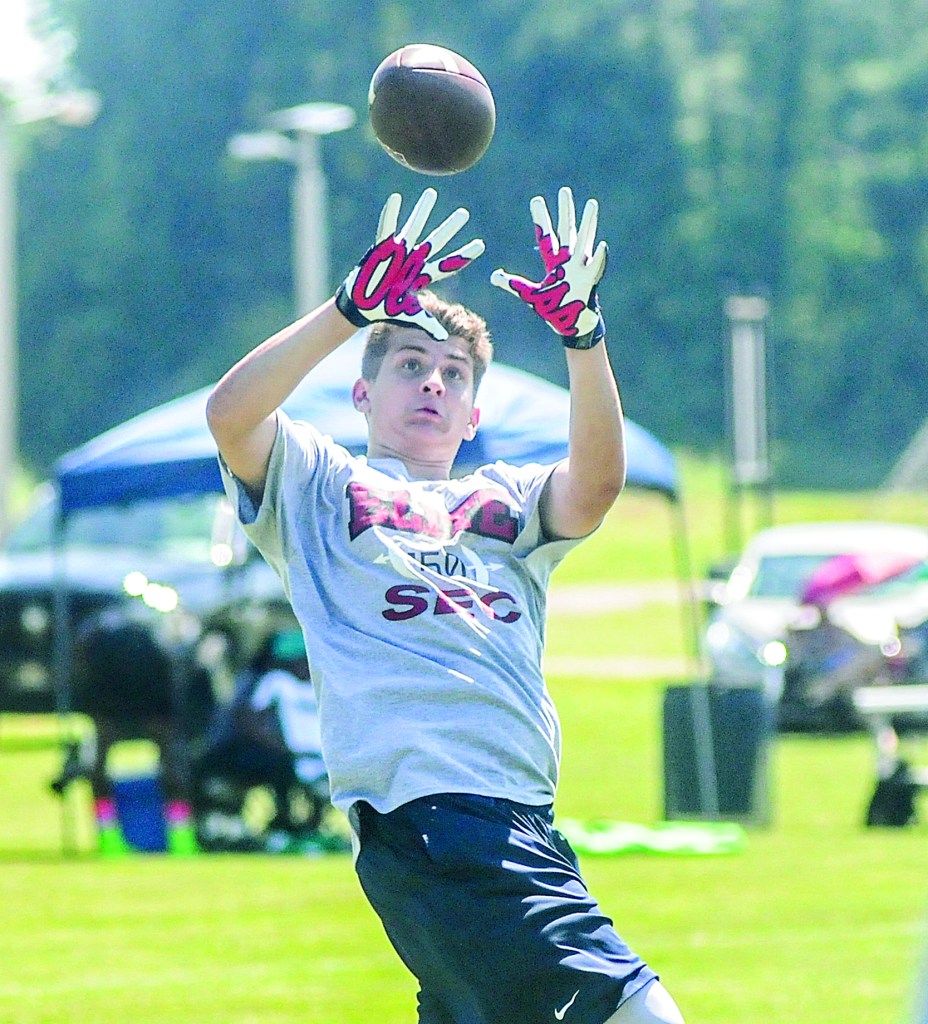 Freshman Biloxi tight end Nick Patterson would like to possibly follow in his brother’s path to Ole Miss should the opportunity present itself, but wants to do it on his own terms. (Davis Potter)

Right now, he’s better known as Shea’s brother. But he’d eventually like the reference to change.

And Nick Patterson has plenty of time.

Nick, the younger brother of Ole Miss five-star quarterback signee Shea Patterson, is aiming to follow in his brothers’ footsteps as a college football player. The oldest of the Patterson boys, Sean Jr., played collegiately at Toledo and is on staff at Ole Miss as associate director of recruiting operations.

Nick is a rising freshman tight end at Biloxi High who’s barely gotten his feet wet in the recruiting process, but the younger Patterson looks the part. Nick already has Shea beat in the size department, standing 6 feet, 2 inches tall and tipping the scale at 205 pounds, with his entire high school career ahead of him.

Nick is already viewed as one of the best in his class at his position, participating in the Football University (FBU) Youth All-American All-American Bowl as an eighth-grader. He’s already been to a handful of camps and combines and most recently made the trip to Oxford for a second straight year to take part in the Southern Elite Combine, where he was named to the all-combine team.

Nick said he’s working on all parts of his game, but knowing he has more growing and filling out to do over the next four years, there are certain parts he’s focused on more than others.

“I work on my foot quickness and my route running,” Nick said. “I’ve got the catching part down. That’s down. I’ve got to get faster, but that will come as I progress. But mainly just listen to my brothers because they tell me things before I go to these camps and they try to work with me.”

Beyond the family connection, Nick said he’s already interested in Ole Miss because “that’s really the only school I’ve been to.” He’s already started to get letters from Ole Miss and LSU, but schools aren’t allowed to offer scholarships to prospects until their junior year.

Should the opportunity to follow behind his brother at Ole Miss present itself in the future, Nick said it would be more than enticing.

“I’d love it. From what I’ve seen so far, I’d love it to go there,” Nick said. “I like Ole Miss mainly. Some of the other SEC schools are all right, but once I get into that recruiting process, I’ll be able to see what schools I like and dislike.”

Until then, Nick plans to continue developing his game while trying to help Biloxi turn things around. The Indians, who hired veteran coach Bobby Hall out of retirement before last season, are 11-22 over the last three years.

“I’ve got a nice coach, Bobby Hall,” Nick said. “He’ll develop me, and I feel like I’ll get better over the years.”

Part of that development will also include continuing to toss the ball around with Shea whenever the brothers get a chance like they have done so often growing up. Nick credits Shea for much of the early success he’s had, but it’s time for him to start blazing his own path to the next level.

“Hopefully down the line, it will be, ‘Oh, that’s a pretty good player. That’s Nick,’ not Shea’s brother.”